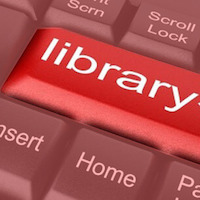 We’re pleased to inform you that X-Plained has added more libraries as promised a couple of days ago. As written before, we did support/provide you already with the NAPS library (Freddy De Pues NAPS), the MisterX6 library and his Airport Environment HD library, but today we’ve added much more libraries.

That said, X-Plained.Com is pleased to announce that Chris Noe and Mr.3D (Flag of the World library and Flag of the USA States library), Chris Noe (Flyby Planes), Jeff Mueller (Static and Animated Aircraft library 10-2016), Roymar (THE-FAIB Aircraft Library and THE-FRUIT-STAND Aircraft Library) and Franknfly (FF Library and FF Library Extended) have given their approval that X-Plained can support and provide these libraries to their members. Oh yes, there are much more libraries, but we need to wait for everybody’s approval to support and offer them on X-Plained. Soon the list will be growing and growing!