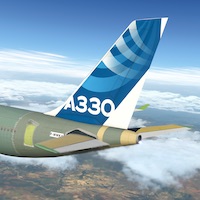 According to Angelique “It’s not easy when you look for example to the JD330, but it’s possible and will cost a lot of time and effort from the JARDesign team to fulfil this wish to model is as real as possible. I also know that JARDesign lead developer Evgeny Romanov visits quite often together with S7 Airbus pilots the FFS Level-D simulator at Domodedovo to check his modeled aircraft versus the FFS Level-D simulator. Still no guarantee that the modeled JD330 is 100 percent reflecting the reality, but is the best way to model systems by seeing it in real.”

Curious what we have seen, found, decided and so on? Take a cup of coffee, tea or whatever you prefer, sit back, relax and enjoy this comprehensive review.