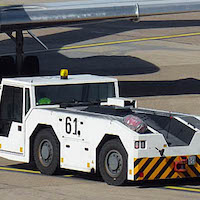 Normally we don’t announce every new update of a free or payware product, but this time there’s a need to since this add-on is widely used.

We’re pleased to inform you that Better Pushback version 0.48 has been updated to use with the current OS systems and with the upcoming Vulkan and Metal X-Plane 11.50. According to developer “skiselkov” This is a pushback plugin for the X-Plane 11 flight simulator. It provides an overhead view to plan a pushback route and accomplishes a fully automated “hands-off” pushback, letting the user focus on aircraft startup and other pilot duties during pushback. It can of course also tow you forward, or perform any arbitrarily complicated pushback operation. To increase immersion, it speaks to you in a variety of languages and accents, simulating ground staff at various places around the world.

The updated Better Pushback comes with the following enhancements:

You can download the latest Better Pushback from the dedicated Github web page.