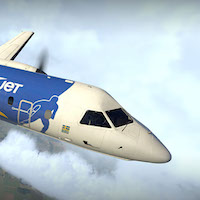 This is great news. A medium size Carenado commuter for X-Plane 11. Personally, I’m waiting also for the Fokker model, but that’s for later. On behalf of Carenado, I would like to share with you the following news.

The following requirements are needed:

More information can be found at the dedicated Carenado web page.