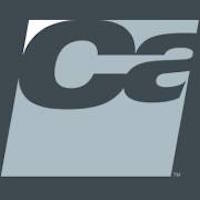 On behalf of Carenado, we would like to inform you about the following news, posted by Carenado on April 17th 2017. Although it was posted a while ago, it’s still worth to bring this X-Plane 11 official statement to your attention. Also because we at X-Plained.com have published a couple of reviews from Carenado/Alabeo with more to come.

According to Carenado “Many people have been asking about the compatibility between our X-Plane 10 (XP10) fleet and the new X-Plane 11 (XP11).”

“After many weeks of research, we have realized that the new X-Plane platform has many changes compared to the old one, the new visual engine is very powerful and it was developed using cutting edge technology. Therefore, in order to take advantage of this new platform we will create native aircraft for X-Plane 11, meaning we will add all the necessary elements to our aircraft to reach a new level of products.”

“Because of that, all the following aircraft released in the past 6 months will be freely updated to XP11, assuring the investments done by our customers since the new XP11 was announced:
– PA34 Seneca V
– 500S Shrike Aero commander

From now on, and until the end of 2017 we will provide dual version products (XP10 and XP11) with any new release, as we did it with the Phenom 100. All the rest of our fleet will be redone for X-Plane 11 and will be sold as a new product. Please note: while our currently XP10 fleet will work in X-Plane 11, they do not take full advantage of X-plane 11-specific features and systems.”