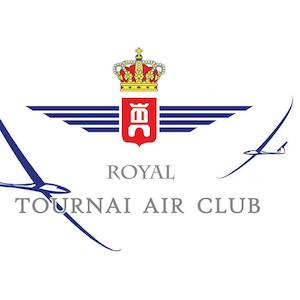 Maubray Airport (ICAO: EBTY) is a private airport located near Tournai, Hainaut, Belgium. It’s a GA airport in the Tournai area (East Hainaut) between the French border and the Nimy-Blaton-Péronnes canal. The airport sits between Maubray and Callenelle.

Some additional information about the nearby situated city Tournai for those who are interested.
Tournai, known in Dutch as Doornik, is a Walloon city and municipality of Belgium located 85 kilometres (53 miles) west-southwest of Brussels, on the river Scheldt, in the province of Hainaut. Tournai is part of the Eurometropolis Lille-Kortrijk-Tournai (metropolitan area), which had 2,155,161 residents in 2008. Along with Tongeren, Tournai is the oldest city in Belgium and it has played an important role in the country’s cultural history. (Courtesy of Wikipedia)

Some thoughts to keep in mind: the airport scenery works fine with Zone Photos, however, it was not tested with Global Airports. The package comes with custom buidings and several libraries including that one from NAPS With © assets by Marc Leydecker.

Want to see some exclusive screenshots before you download? Then you must check this additional screenshots link.