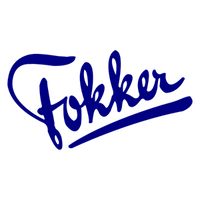 I’m aware that I love Fokker aircraft. Yes, I’m also aware that Fokker doesn’t exist anymore as it was in the good old days at Schiphol-East. Anyway, I know the Fokker F27, but more familiar with t5he Fokker F28. While being a mechanic with Martinair, I worked on the NLM (Nederlandse Luchtvaart Maatschappij) F28, the government F28 PH-PBX and for a very short time, at the Martinair F28. and yes, I’m also aware that the F28 isn’t a F50 nor is the F27, but as you might know, the F50 follows the F27. The F27 was a world famous aircraft due to its STOL capabilities which was, by the way, also applicable for the F28.

That Carenado ported the F50 from FSX to X-Plane is for me great news and I hope for others too. I have flown with the model but haven’t tested every part of it. I leave that up to myself or one of my reviewers to review this gorgeous aircraft after our last season holidays.

For the moment I can only say … enjoy these exclusive screenshots which are taken at EBBR, and flying above the Norwegian landscape.