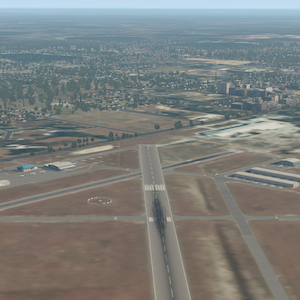 According to the FAA’s National Plan of Integrated Airport Systems for 2009–2013, it is categorized as a general aviation airport.[2]

Requires NAPS library and OpenScenery. For relealistic ground textures you would consider the Florida satellite imagery ZL16 from Zone-Photos.