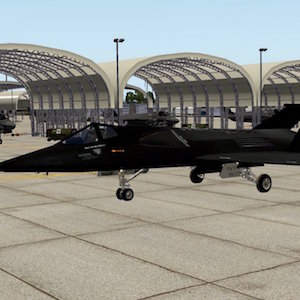 Airport design by NAPS (Freddy De Pues). This version 5.0 is brand new from scratch.v It’s in real the homebase of the F-35.

Destin–Fort Walton Beach Airport is served by the regional airline affiliates of American Airlines, Delta Air Lines and United Airlines which fly nonstop, mainline and regional jets to hubs in the southern and eastern United States. Delta Air Lines mainline jets also fly to its hub in Atlanta, while Allegiant Air flies mainline jets to St. Louis and its midwest base in Cincinnati. In 2008 the FAA recorded over 373,808 enplanements at the airport (Courtesy of WikiPedia).