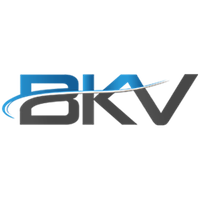 NAPS (North Atlantic an Pacific sceneries) is pleased, on behalf of Freddy De Pues and X-Plained, to offer you Brooksville–Tampa Bay Regional Airport (KBVK) for both X-Plane 10 and X-Plane 11 although according to Freddy De Pues, it is designed for X-Plane 11, but it’s absolutely useable with X-Plane 10. The airport offers some of Marc Leydecker assets (Belga12345).

Brooksville–Tampa Bay Regional Airport (ICAO: KBKV, FAA LID: BKV), formerly known as Hernando County Airport, is a joint civil-military public airport located 6 nautical miles (11 km) southwest of the central business district of Brooksville, a city in Hernando County, Florida, United States. It is owned by Hernando County[1] and is 45 miles (72 km) north of Tampa. While having consistent growth in its traffic rate, it does not yet serve the public through commercial airlines, but it does have charter and executive service.

More information and download details including those of the libraries, can be found at our dedicated KBVK download page. Want to see some exclusive screenshots before you download? Then check out these screenshots links for X-Plane 11 and X-Plane 10.