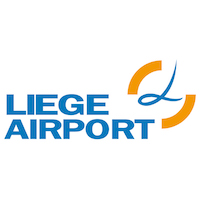 There X-Plane 11 only airport is provided to you by NAPS (North Atlantic & Pacific Sceneries) with leading person Freddy De Pues.

Liège Airport (IATA: LGG, ICAO: EBLG), previously called Liege-Bierset, an international airport located 5 nautical miles (9.3 km; 5.8 mi) west of Liège in Belgium, mainly focusing on air freight. At the end of 2015, it was the 8th biggest cargo airport in Europe and the 22nd biggest in the world.

The airport is located in Grâce-Hollogne, Liège Province, north-west of the city of Liège, in the east of Belgium. The first terminal on the site opened in 1930.[3]

It is mainly used for freight/cargo operations, but also serves more than 23 destinations for passengers (mainly charters). Liège is located in the centre of the golden triangle Paris – Amsterdam – Frankfurt that handles 66% of European freight, and 75% when taken together with London.

But there’s so much more to explore on Liege Airport for X-Plane 11. Check it out at our dedicated download page, but remember, you need to be a registered user.