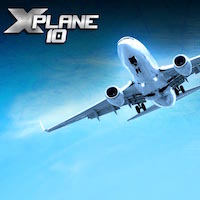 Laminar Research is pleased to announce the official release of the latest update to X-Plane 10 version 10.50.

Over the years it has always been the policy of Laminar Research to continually improve X-Plane, providing the most realistic flight simulation available, with flight modeling so accurate that has been adopted by numerous commercial aviation organizations. Now with the release of the latest update, X-Plane 10.50, Laminar has raised desktop flight simulation to a new level of realism.

The updates in version 10.50 are too numerous to list, but they can be found in their entirety on the X-Plane website.