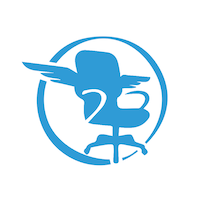 Soon to be released … just a couple of nights to go …..

First of all, it’s from the “on final approach” FJS (Fly J Sim) 732 or 737 Classic -200 series. Jack and his team did a lot of changes based on the original model for X-Plane 10. That said, the current model is fully compatible with X-Plane 11 and has a lot of new feature and improvements. The overall flight model was already extraordinary, but Jack and his team did many changes to the menu system, a reworked and improved 3D aircraft model with animated doors and stairs.

Enjoy these exclusive screenshots of the upcoming FJS 732 TwinJet for X-Plane.

But there’s more …. You can choose from the default X-Plane 11 FMS MCDU, or without any MCDU (is it was originally) or, when you own it, the xCIVA INS. And yes, there’s more … a completely equipped and functional Virtual Cabin and much more. Have a look to this temporarily feature list: