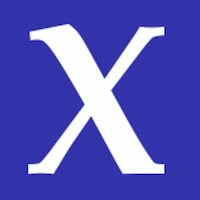 This is smashing news … OpenSceneryX version 3.0.0 has been released by aussi.

According to aussi “It’s a huge release with nearly 1000 additional objects. RE_Library by Einstein is also incorporated in this version so in future you won’t need both libraries installed. If you already have the OpenSceneryX installer on your machine, just re-run it and it will just download the new content. If not, grab the installer from opensceneryx.com.”

It’s a massive new release of the library, with almost 1,000 new objects. Here are the full release notes:

New scenery objects in this version:

Incorporated most of RE_Library by Richard C Elliott (einstein at the .org) into OpenSceneryX, which is about 900 objects. There are too many to list individually here, but the collection includes offices, radio installations, vehicles, hangars, fire stations, control towers, terminals and visual control rooms. Thank you Richard for offering this merge, it is hugely appreciated and expands the scope of OpenSceneryX considerably.

– Four Supacat SUV600 fire vehicles, based on Land Rover 6×6 chassis.
– A set of fire training rigs in a variety of colours.
– A set of churches in two sizes and a variety of construction materials.
– A fuel hydrant hatch polygon.
– A collection of metal sheds.
– A pair of white and yellow bollards.
– A hotel.
– A school / play-centre.
– A wooden bungalow.
– A pair of concrete barriers.
– A small orange cone.
– A hut constructed from a shipping container.
– A set of shipping containers in various sizes and textures.
– A small office constructed from a shipping container.
– A wooden airport security building.
– A wooden clubhouse.
– A GPU unit.
– A wooden airport terminal building.
– A wooden hangar with a house attached.
– Two baggage carts.
– A baggage cart tractor.
– A small tug.
– A 27m concrete control tower.
– A selection of fire extinguishers, standalone and in cabinets.

And the lost of new features goes on and one. You can check it at the dedicated OpenSceneryX v3.0.0 web page.