The initial plan, besides many others, was to offer you an impression of the SimHeaven’s “France photo scenery”, but I found out that the Netherlands was also available in ZL17 quality, so I decided to go for my own country first. But it must be said that SimHeaven no longer offers these “ZL” photo-real European packages. Instead, you can look at ZPhotoXP who offers ZL16 packages. While writing this, May 2016, I’m thinking of re-introducing these ZL17 packages for the Netherlands with of course, the approval from SimHeaven. See what happens and remember, it’s just a thought. No guarantee!

So that’s promise 1. My second promise is to find the time to do the same flight but with the photo-real packages from ZPhoto although knowing that these are ZL16.

OK, let me explain some SimHeaven basics when it comes to which Zoom Level (ZL) you need, how to check the correct priority in the scenery_packs.ini file and which files you need to cover the whole Netherlands including those packages that are on the border with Germany and Belgium.

ZL means “Zoom Level” and stands for the quality of photo sceneries. The higher the ZL, the higher the quality, but also the more disk space you need. You’ll have much longer download times and a longer X-Plane scenery loading time. If you have sceneries of high ZL, X-Plane can freeze during flight while loading the next scenery or tile. Of course, this depends on your PC or Mac specifications.

What ZL do you need?

It depends on your hardware, your X-Plane version 32 or 64bit and the flights you make. For IFR flights ZL16 is sufficient since you fly most of the time at high altitudes. If you fly VFR, like this impression, that means at low altitudes with low air speeds, then it’s a good idea to go for the ZL17 packages so that you can see more ground details.

What should be the priority in the scenery_pack.ini file?

The contents of the previous paragraphs are courtesy of SimHeaven (https://www.simheaven.com), but now you should use the ZL16 from ZPhotoXP (https://zonephoto.x-plane.fr/index.php).

Which SimHeaven ZL17 packages do you need? 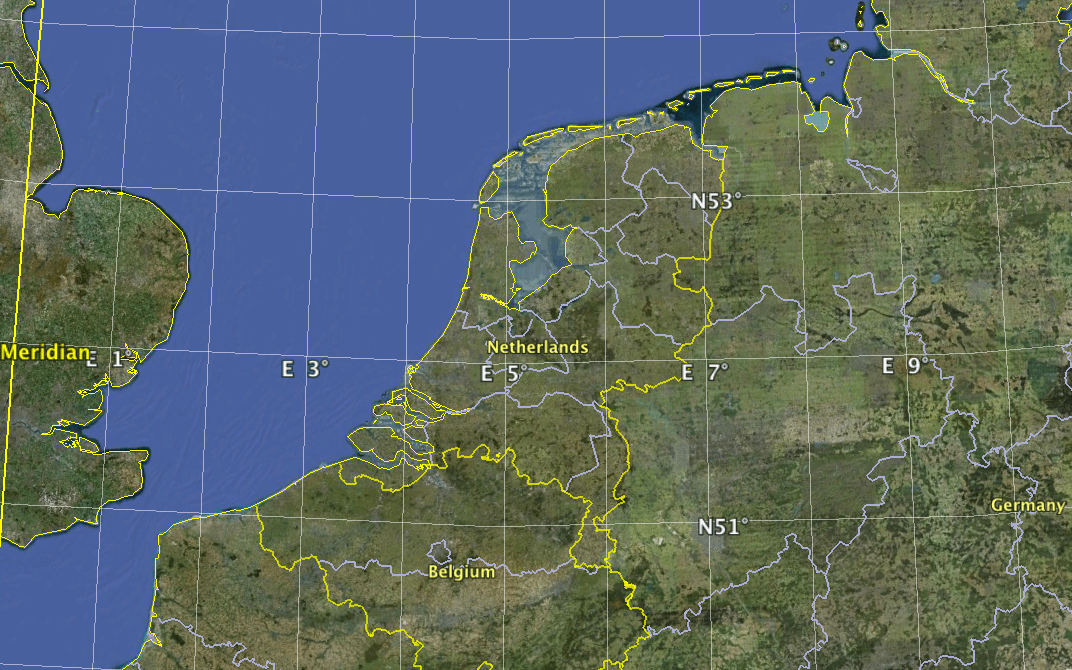 The Finessing Touch … Europe OSM + Autogen
To make the Dutch SimHeaven or ZPhotoX photo real sensation complete, I advise you to add the Osm (OpenStreetMap) Europe with Autogen package to the Netherlands. You can download this OSM EU package via this link (https://s440413965.online.de/heaven/x-plane10/osm/osm_continent_ag/Osm_Europe_osm+autogen.7z).

Flight I – Northern Part of the Netherlands

If you have no idea of the Netherlands, you’d think that the default XP10 ground tiles don’t look that bad. You’re probably aware that they don’t represent the real Netherlands, but really not too bad. However, I can tell you, the default XP10 Dutch ground tiles don’t look great at all. My intention in this impression is not only to show you what happens when you’ve installed these SimHeavens packages, I’d first like to show you a few screen shots of the Wadden Sea with their beautiful islands. But hold on, these screen shots represent the default XP10 Wadden Sea ground tiles. 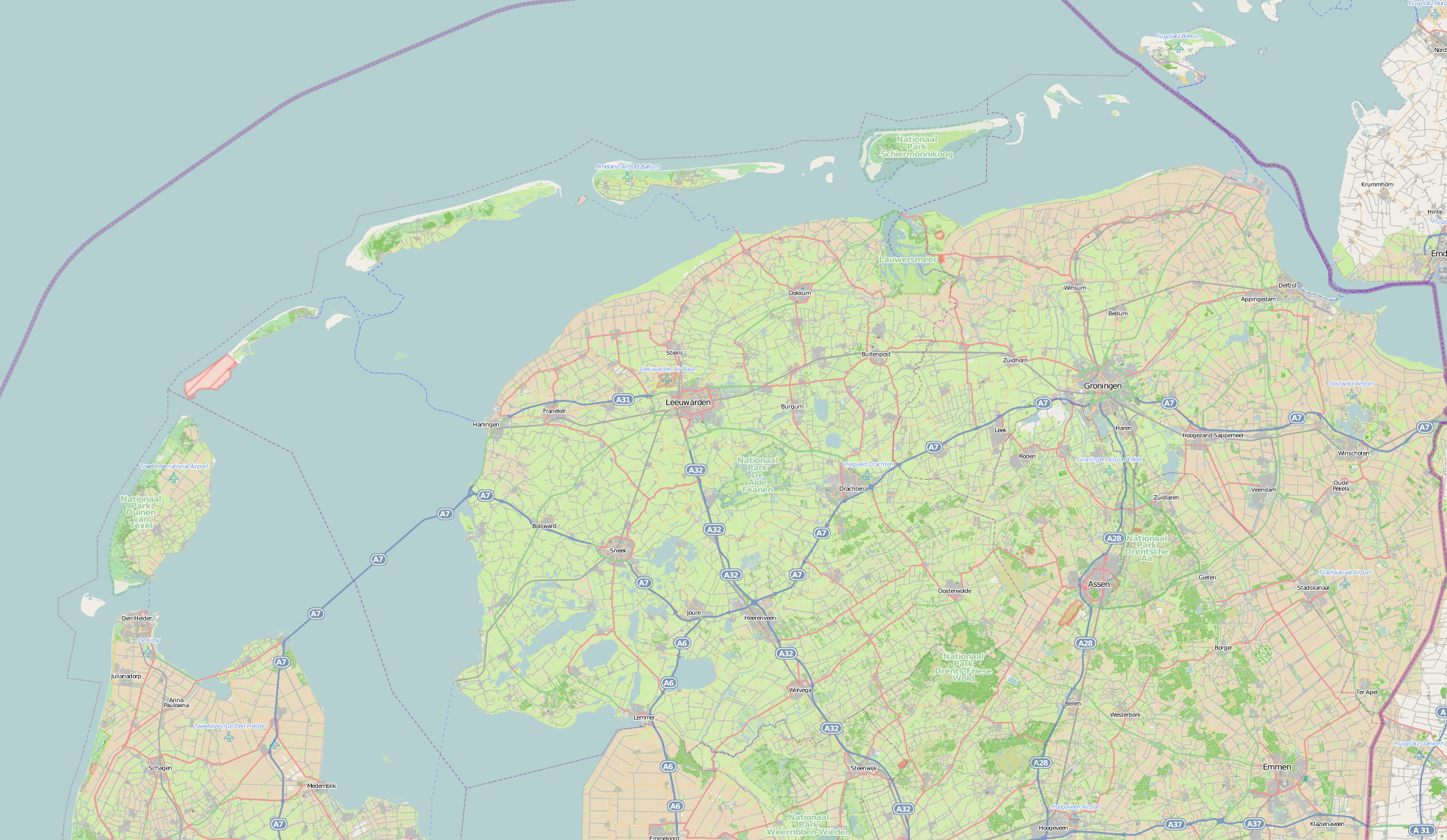 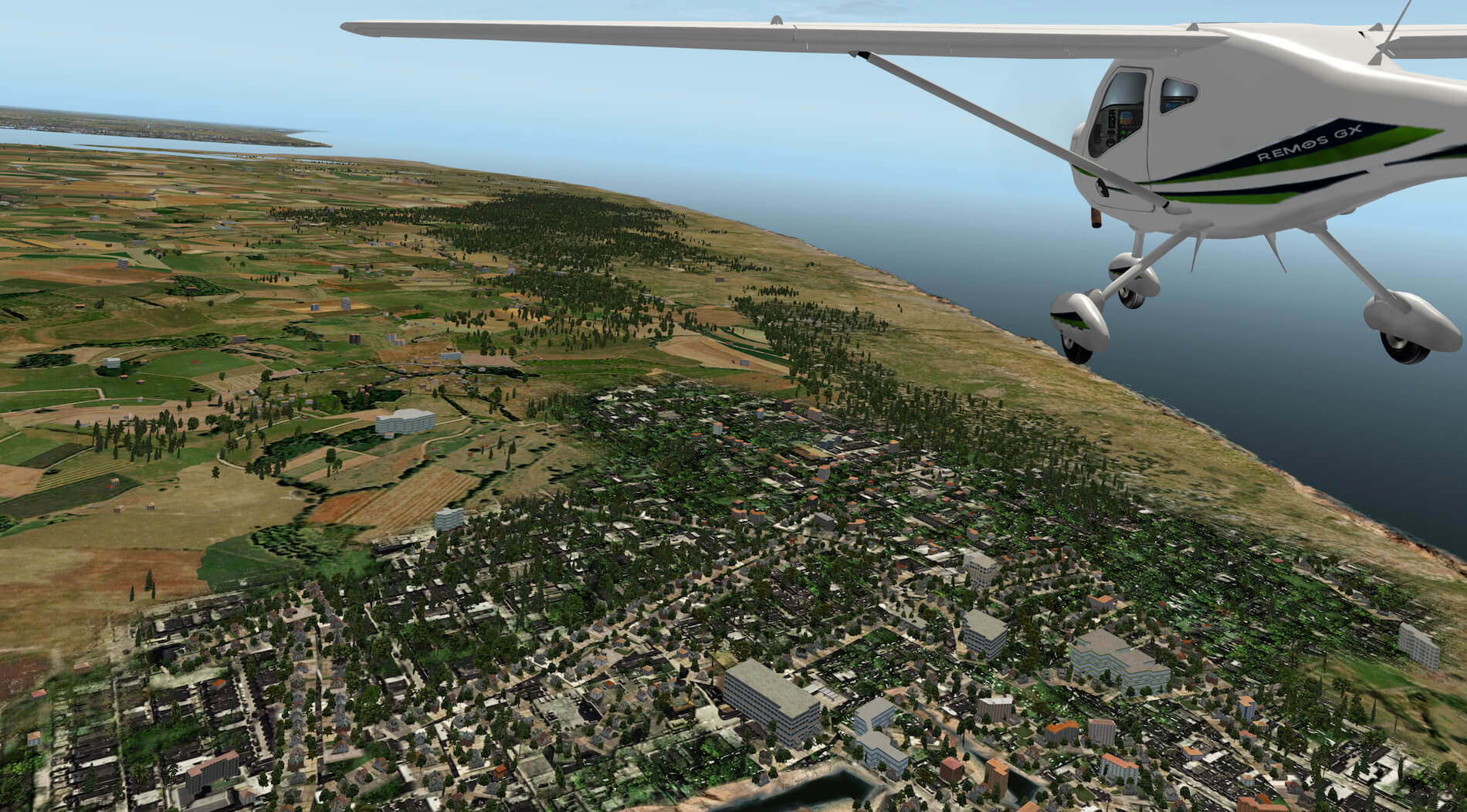 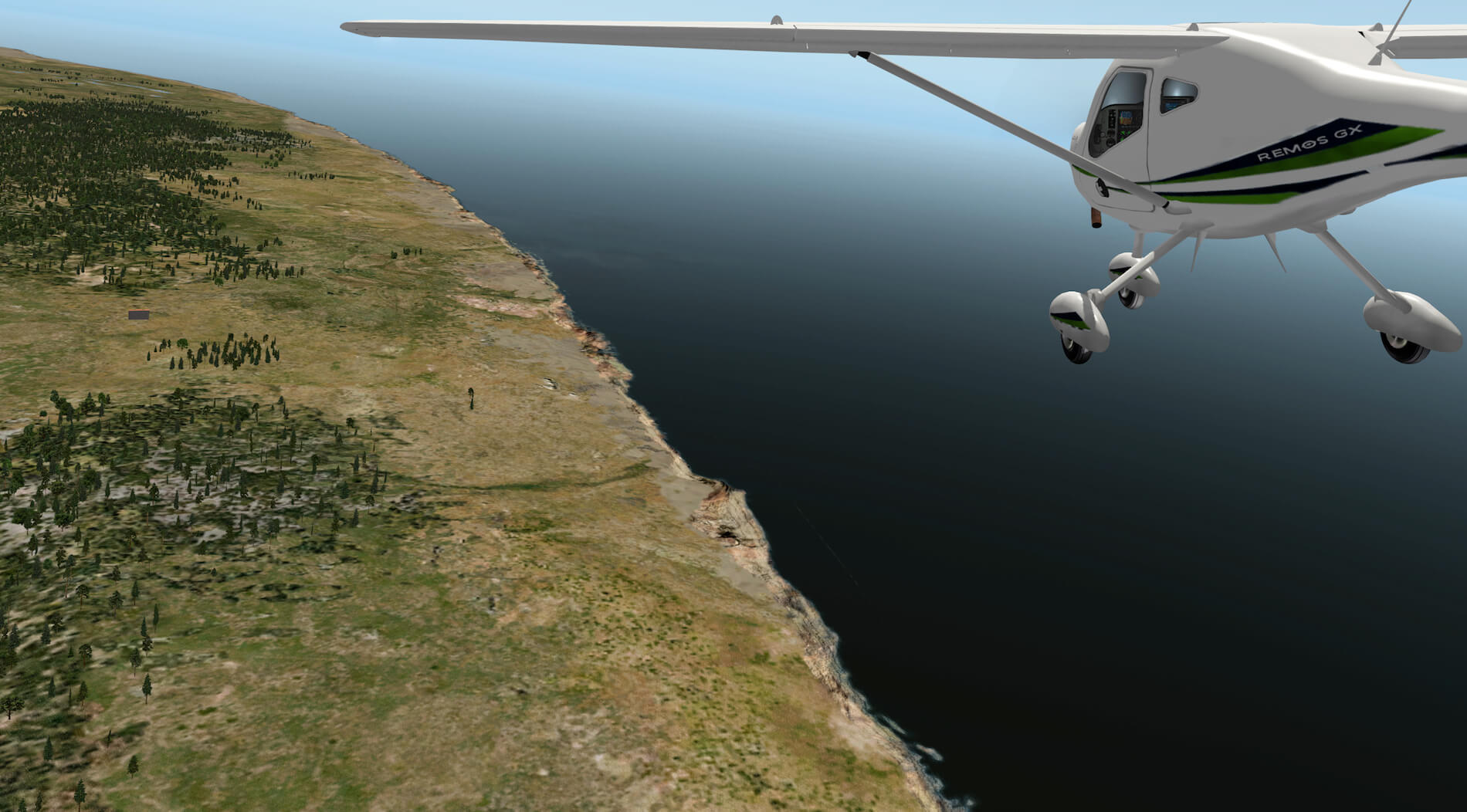 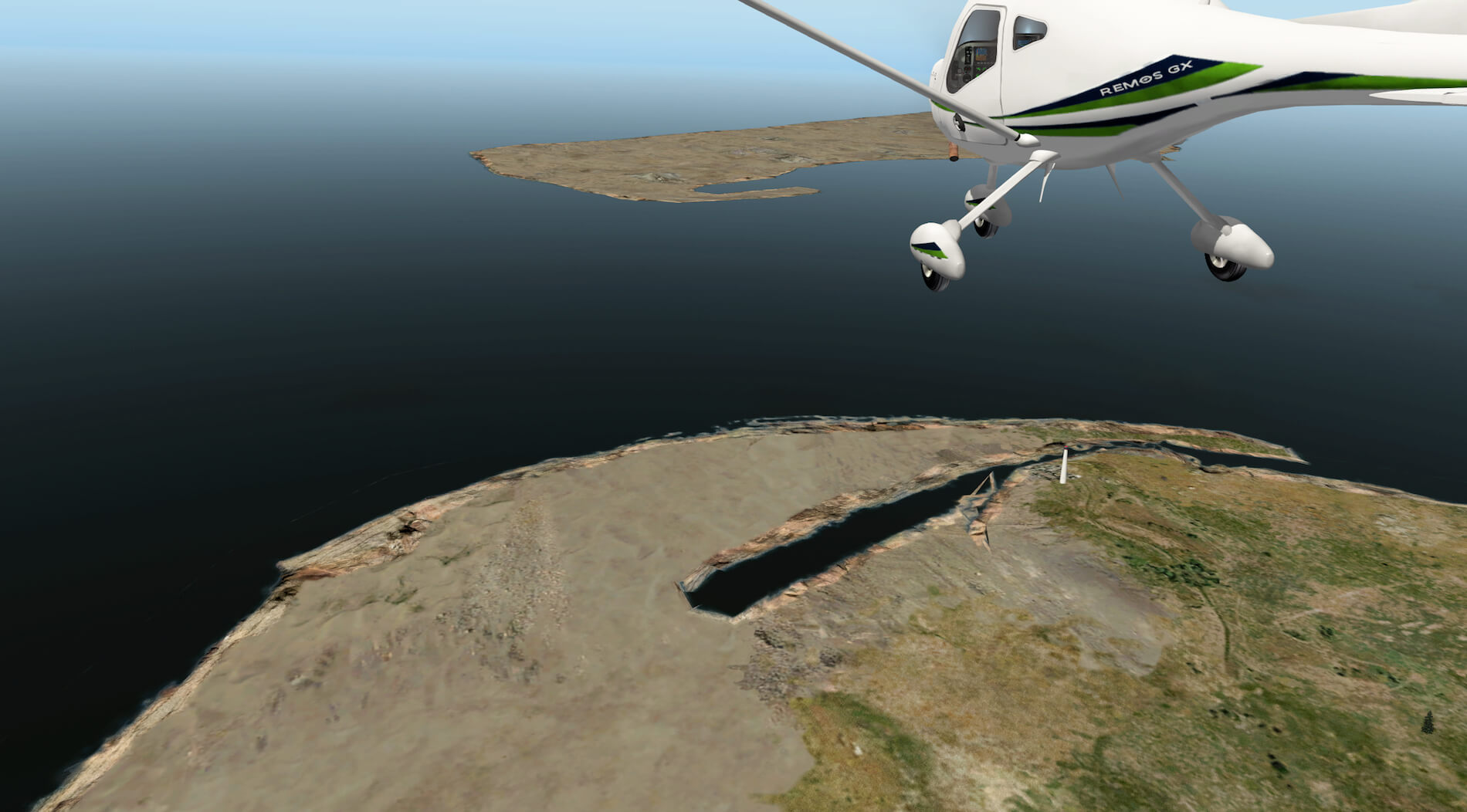 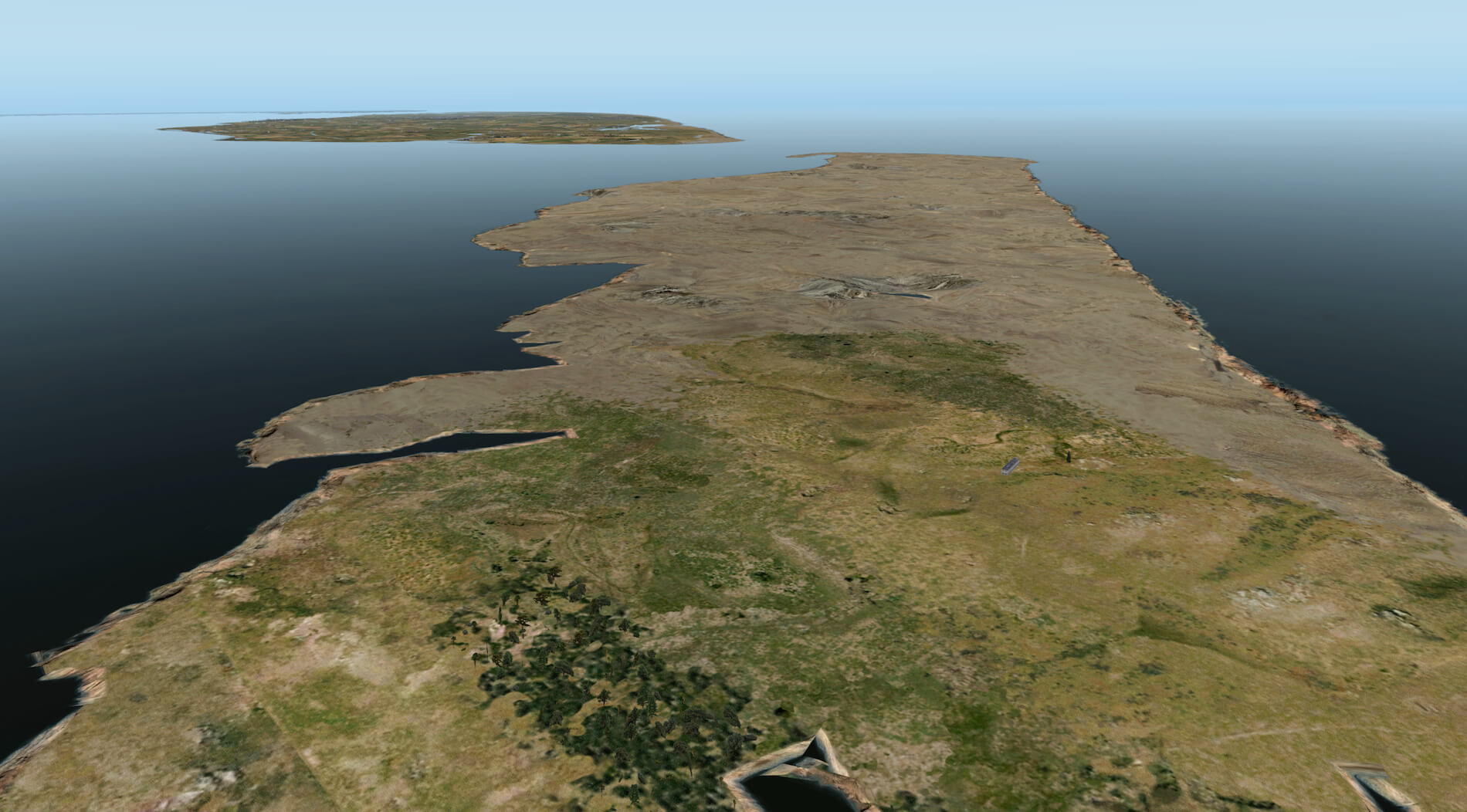 I can tell you, I was shocked. This is not how the Netherlands looks. On the other hand, it doesn’t surprise me either. The same shock is also applicable for Microsoft Flight Simulator X. But with these SimHeaven photo scenery packages that will change. Although I must admit that not every spot you see is correct. Not correct means that lakes don’t have the correct shape or they have strange rectangular areas. Also, the Wadden Sea itself, even with SimHeaven, is just basic default XP10 water, which is not correct. The word wad is Dutch for “mud flat”. The area is typified by extensive tidal mud flats, deeper tidal trenches (tidal creeks) and the islands that are contained within this. It’s a region continually contested by land and sea. That said, when you look down at the Wadden Sea over the day , you’ll see a constant colour change. Additionally, it gives the Netherlands a dramatic change to near reality. Now it’s time to have a look at the following SimHeaven Wadden Sea and Islands screen shots. 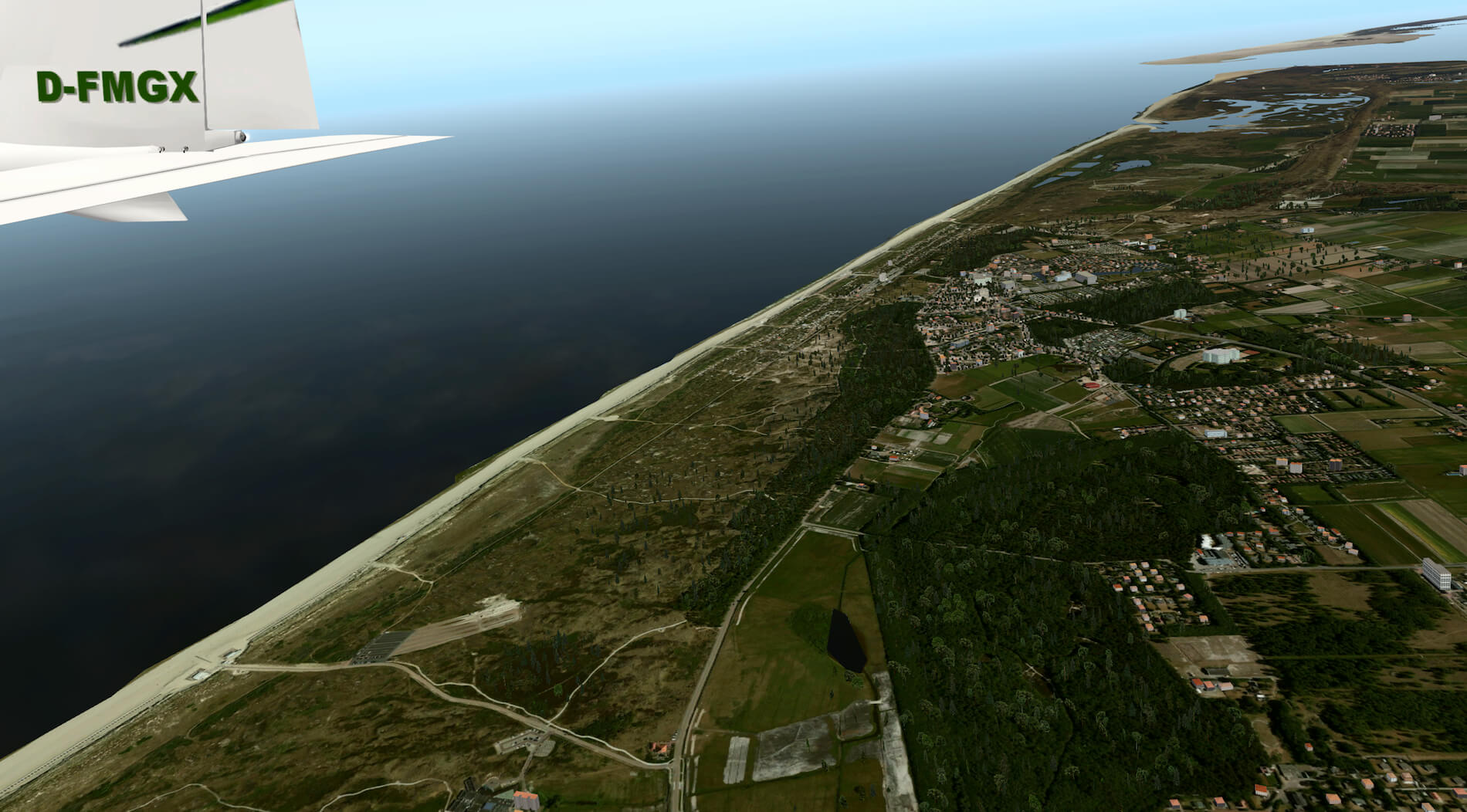 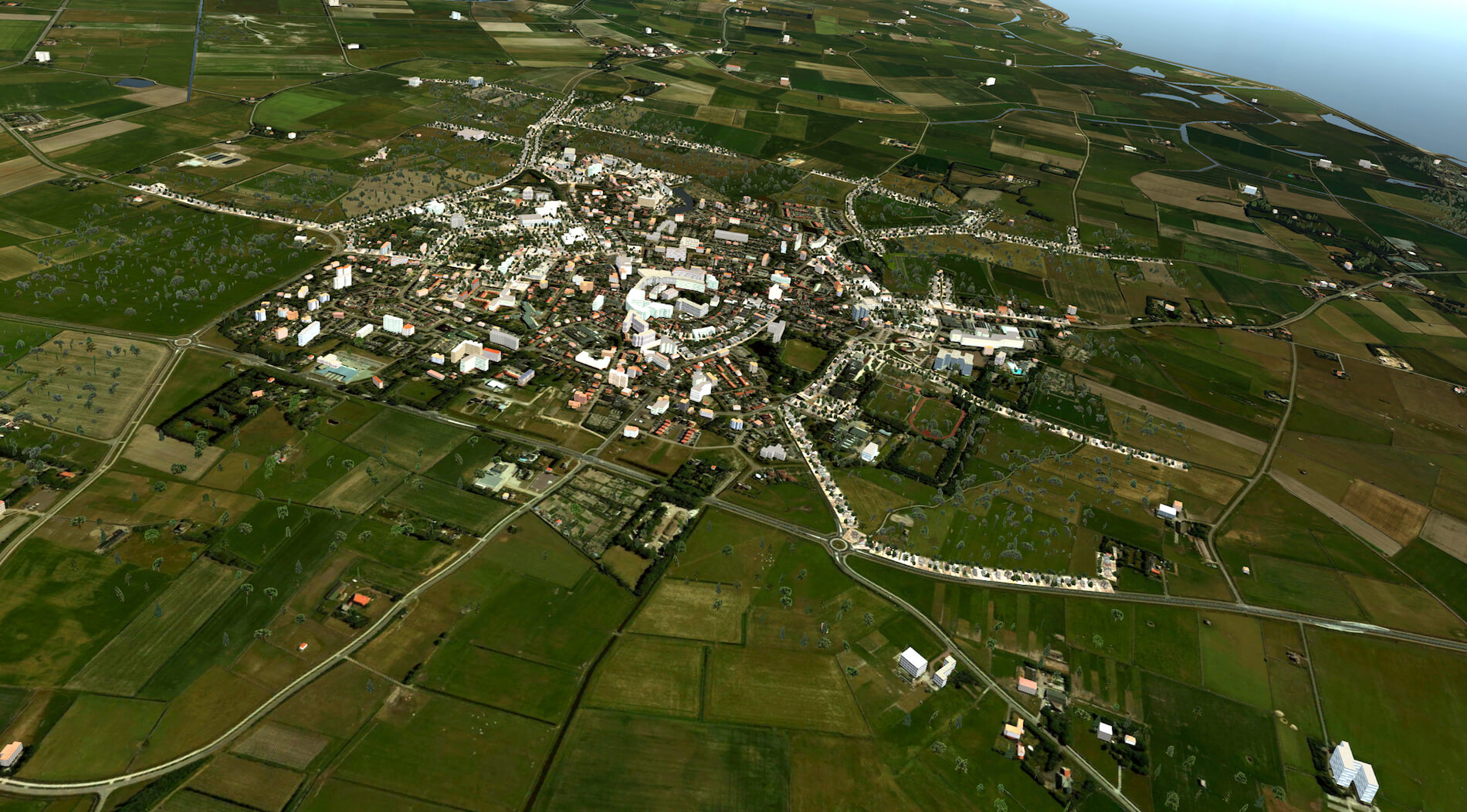 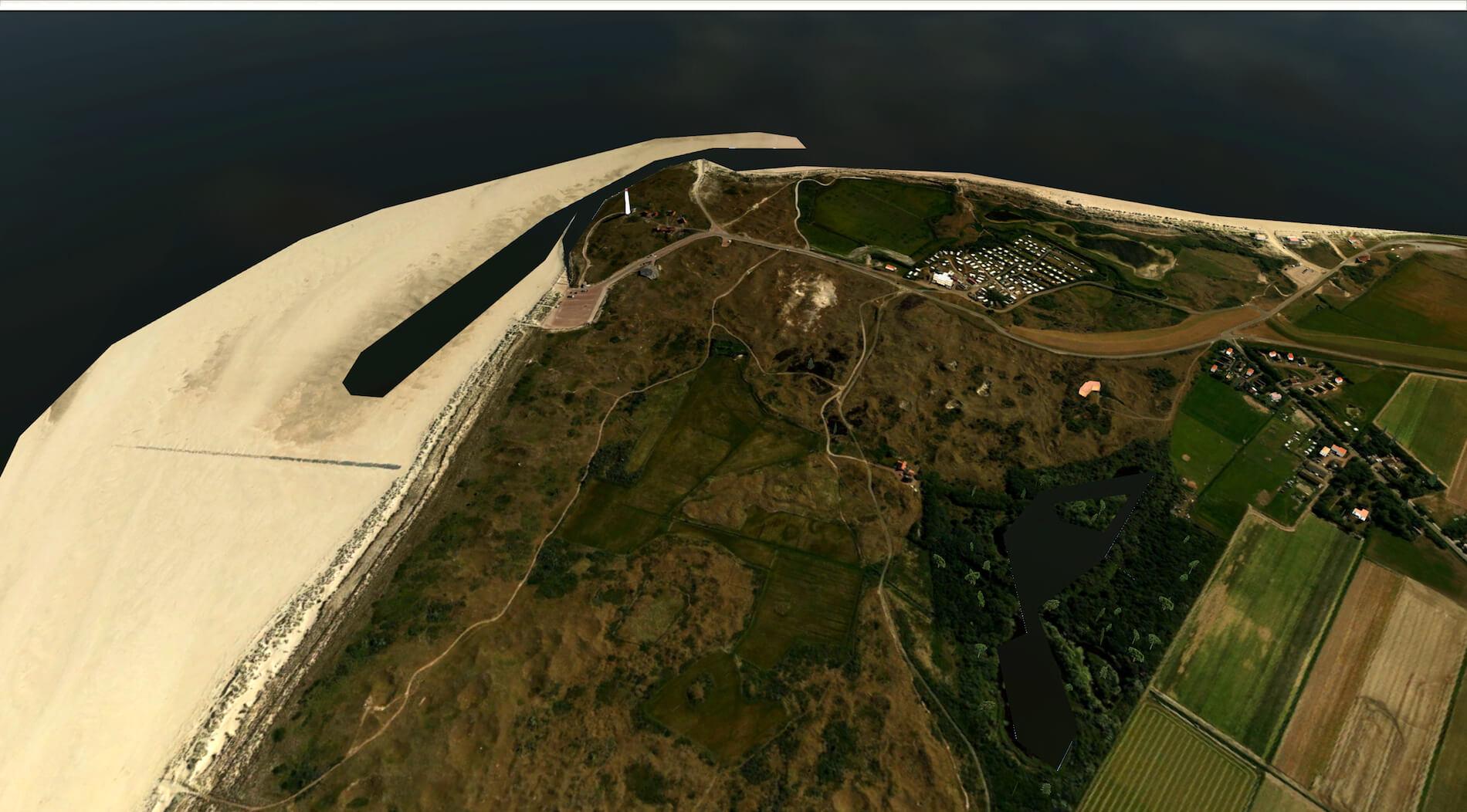 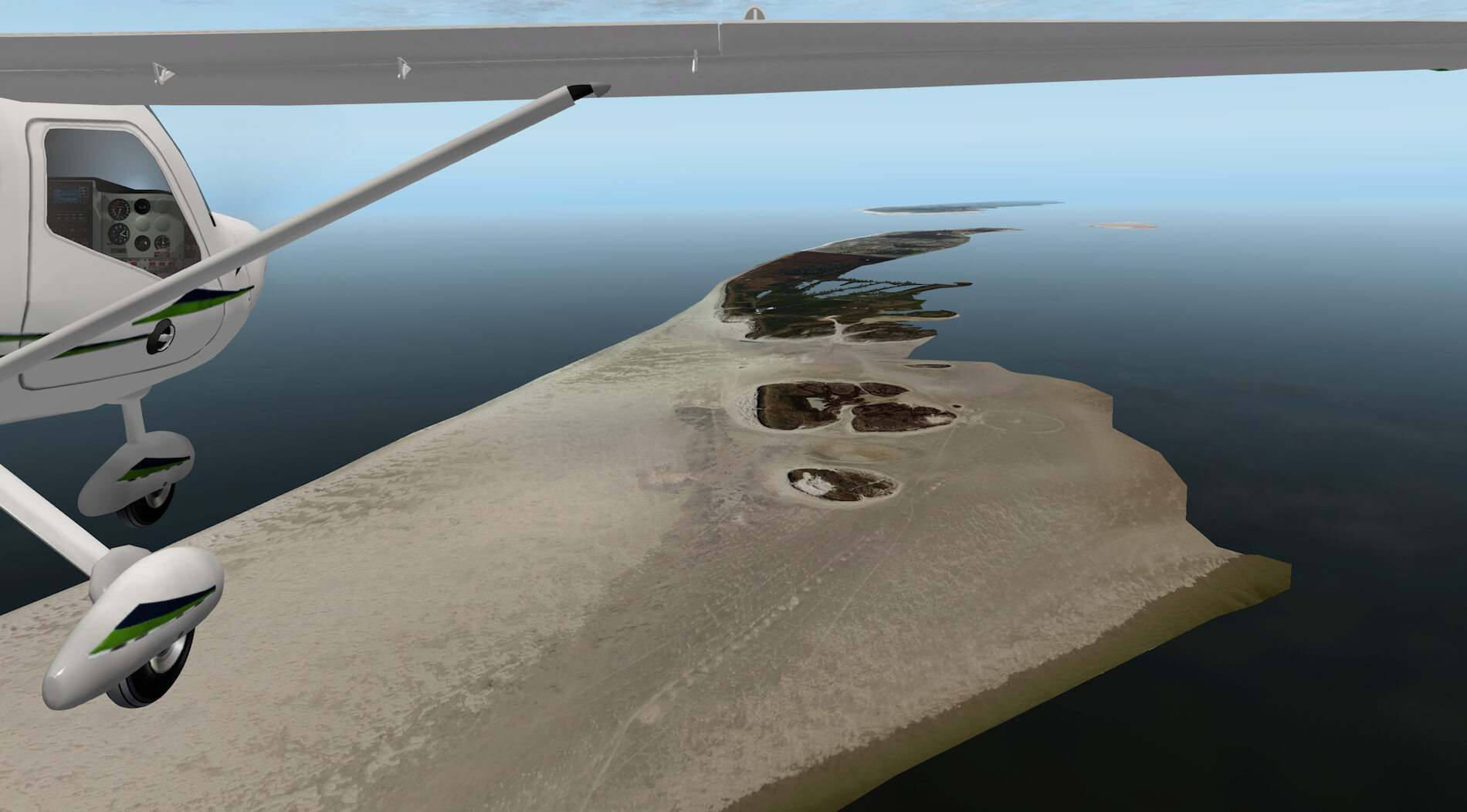 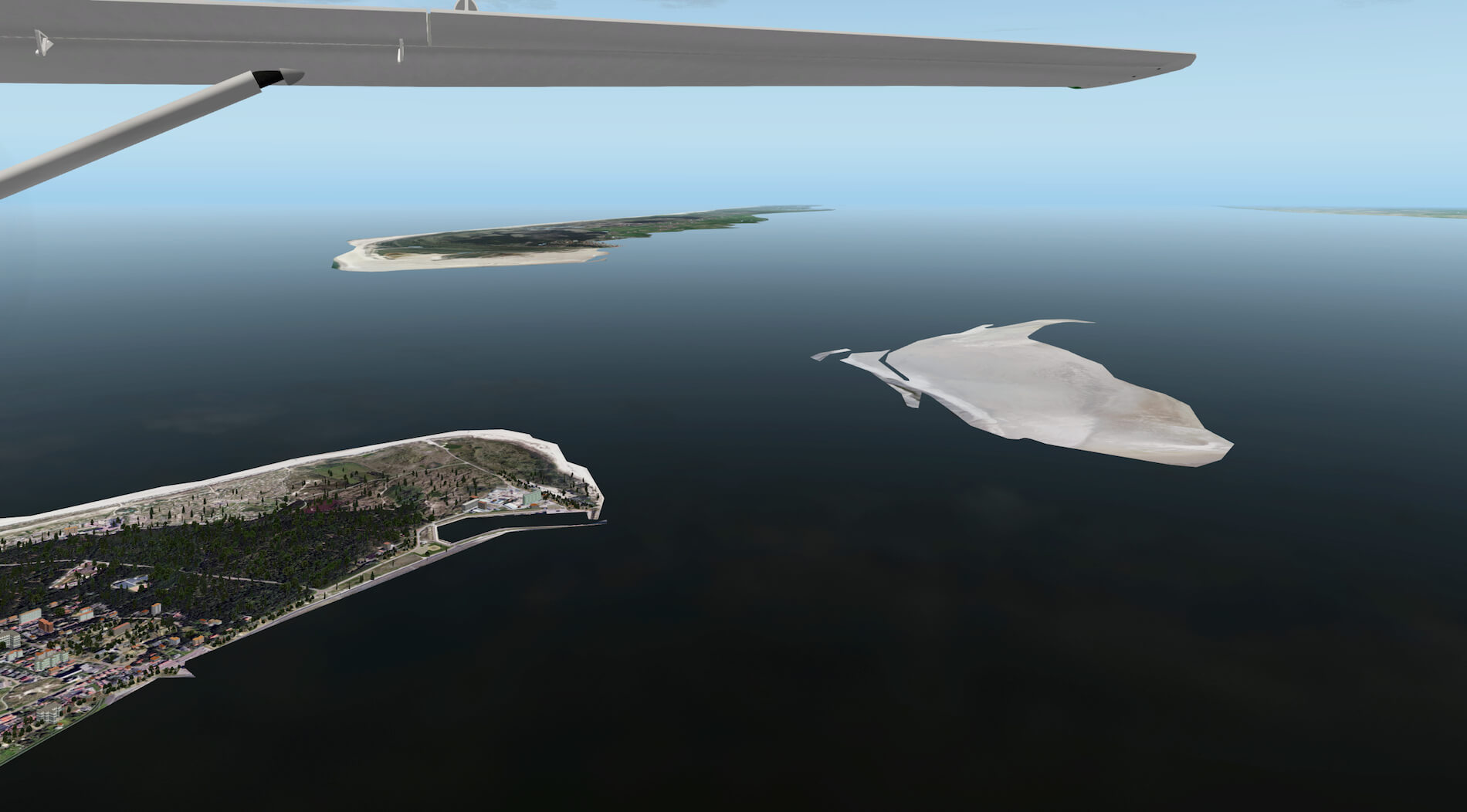 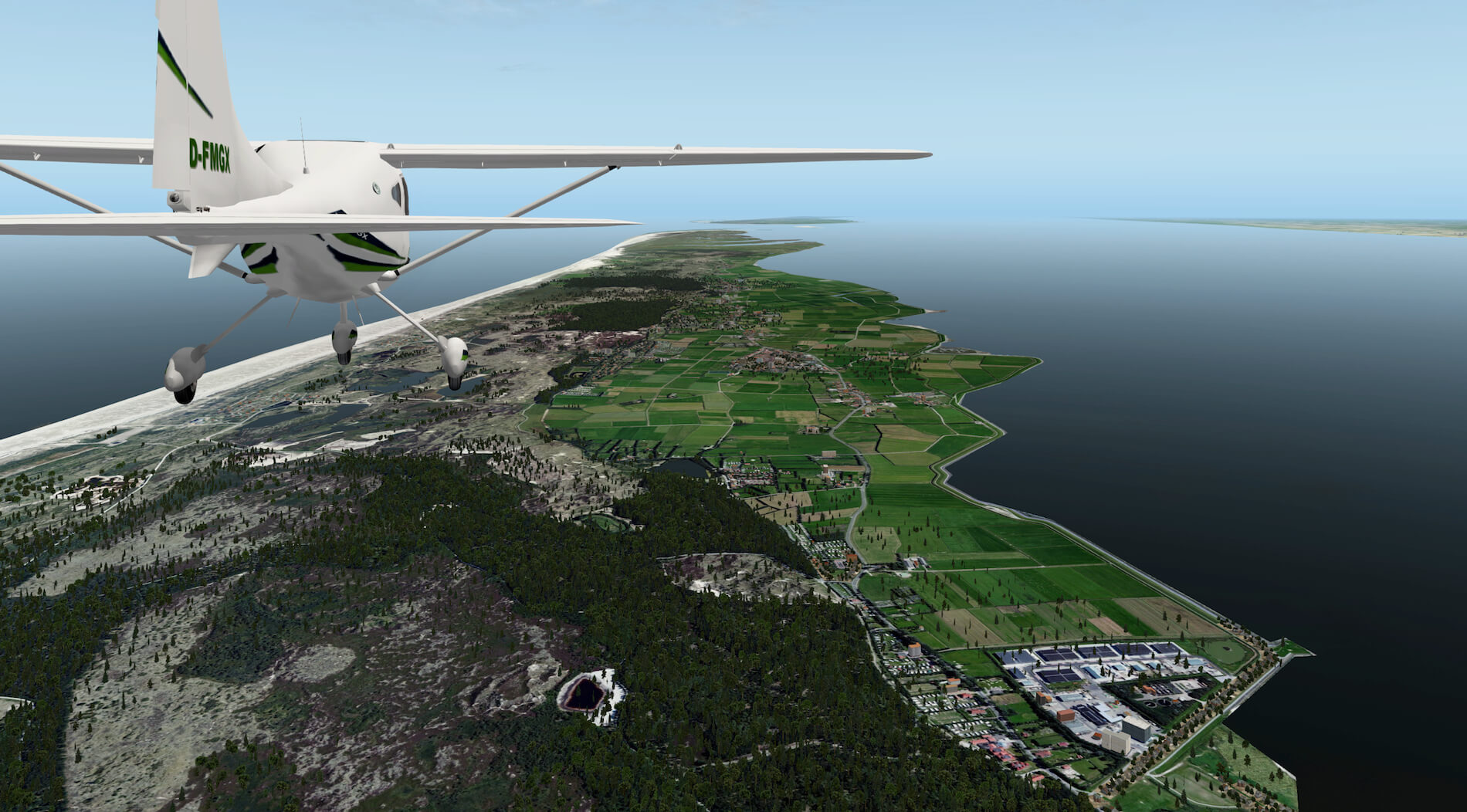 That’s quite a difference, isn’t it?
I was indeed astonished too, but we have to be honest. The work isn’t completed yet. Either other developers need to pick up this job or SimHeaven themselves since there are no dedicated Dutch trees, houses, churches, factories etc. visible. The fill-in of all those autogen objects are based on default XP10. Overall, an unbelievably realistic change to this part of the Netherlands.

Flevoland, is reclaimed land situated below sea level and is an area protected by dikes. Most of the land is farmland, with some forests and further on, cities and villages. Flevoland has one regional airport, Lelystad Airport (EHLE) and this will be my starting point for this cross-country flight. First, I’m going to show you how horribly the default XP10 ground tiles represent my province. It’s not difficult for me to find your way while flying at 2,000-3,000 feet, but I know that this is not how it really looks. Far from it! Check out the following default XP10 Flevoland ground tiles. 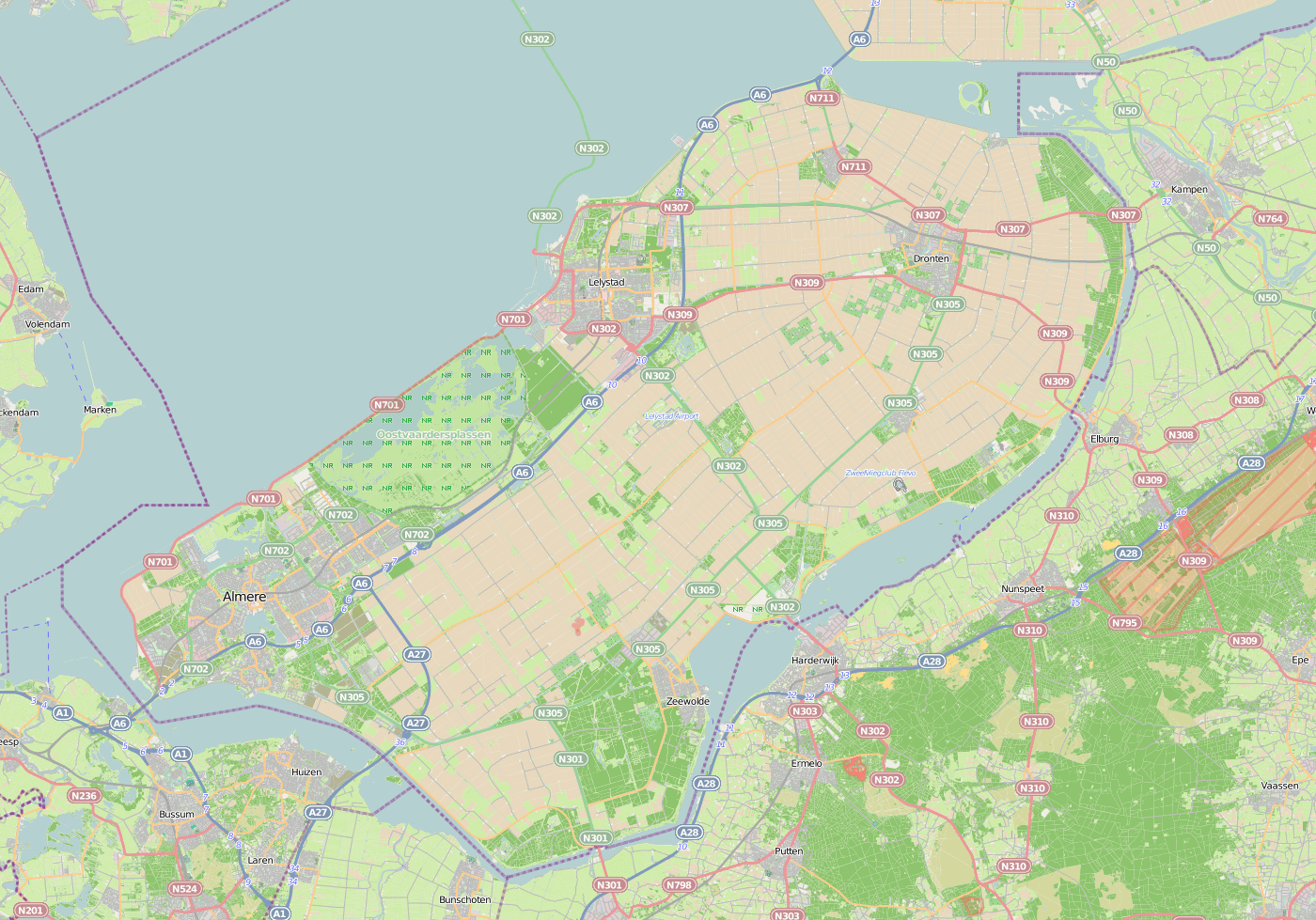 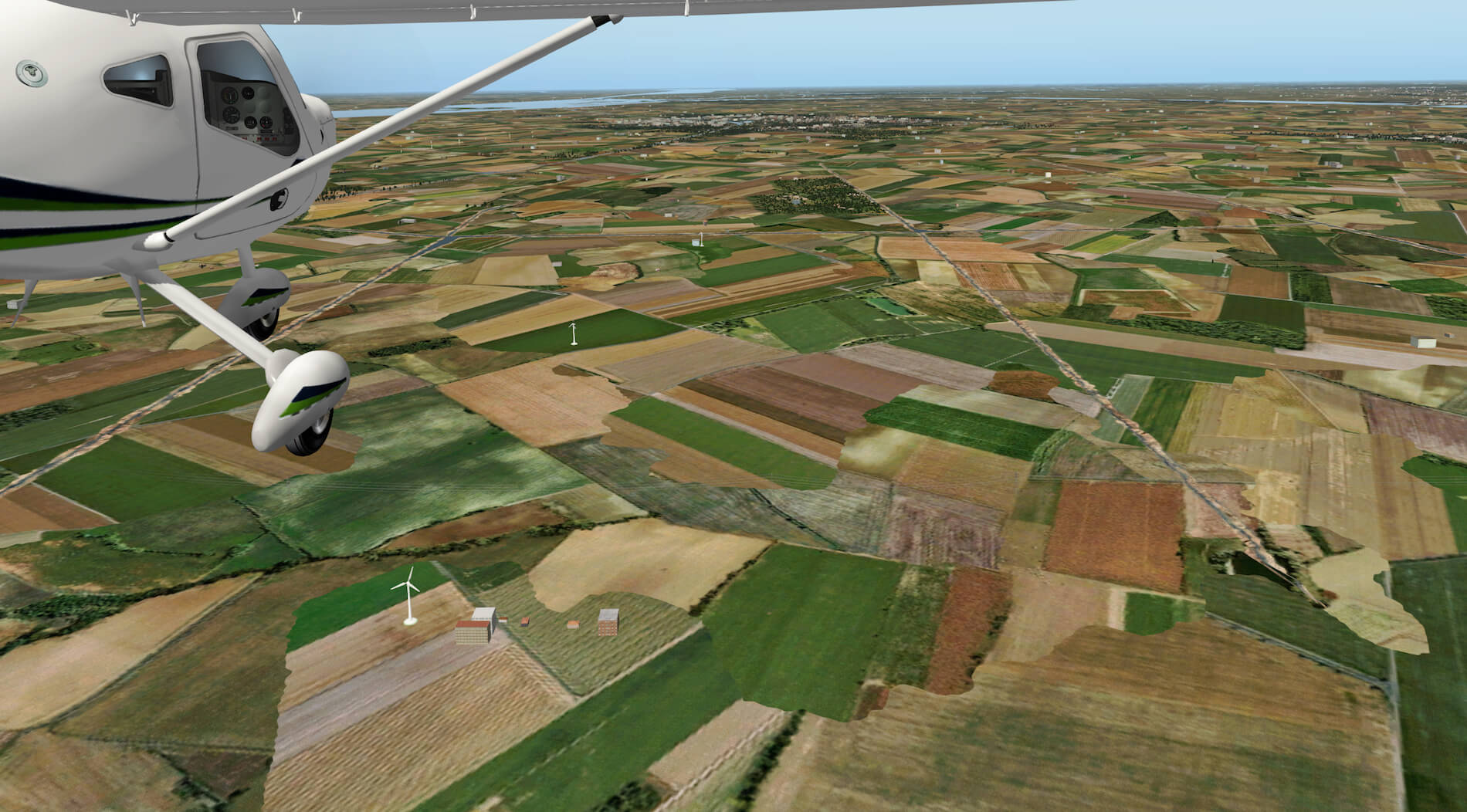 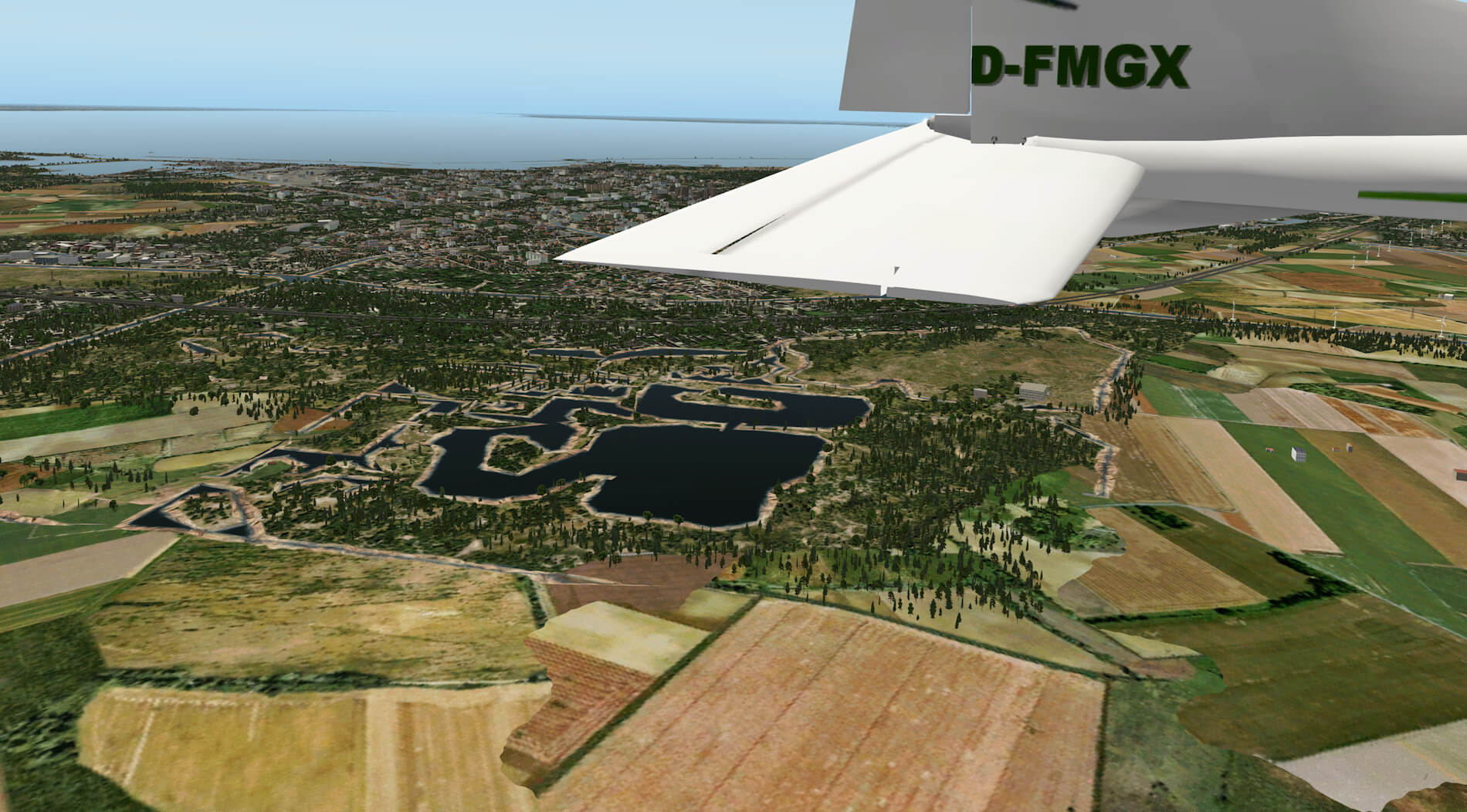 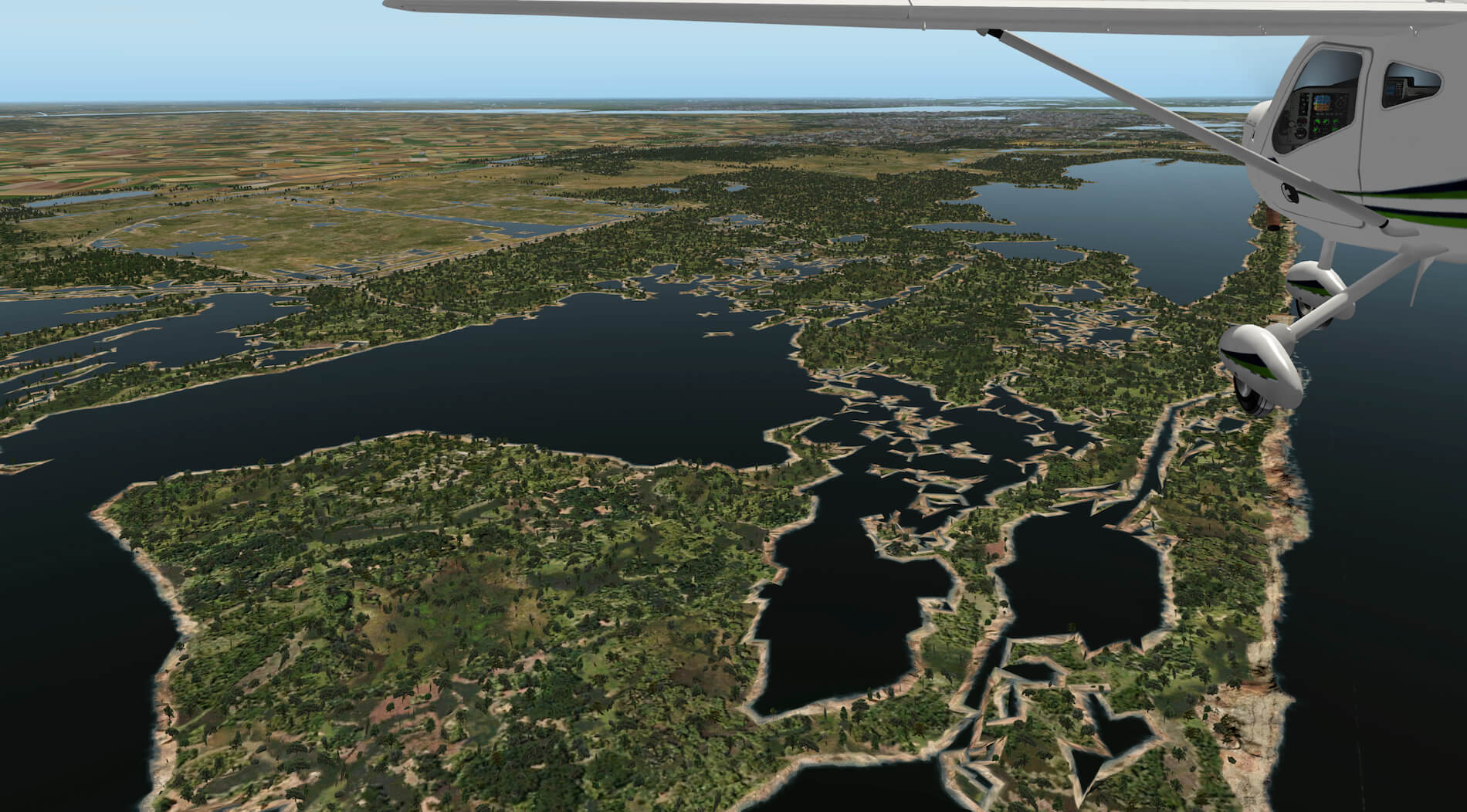 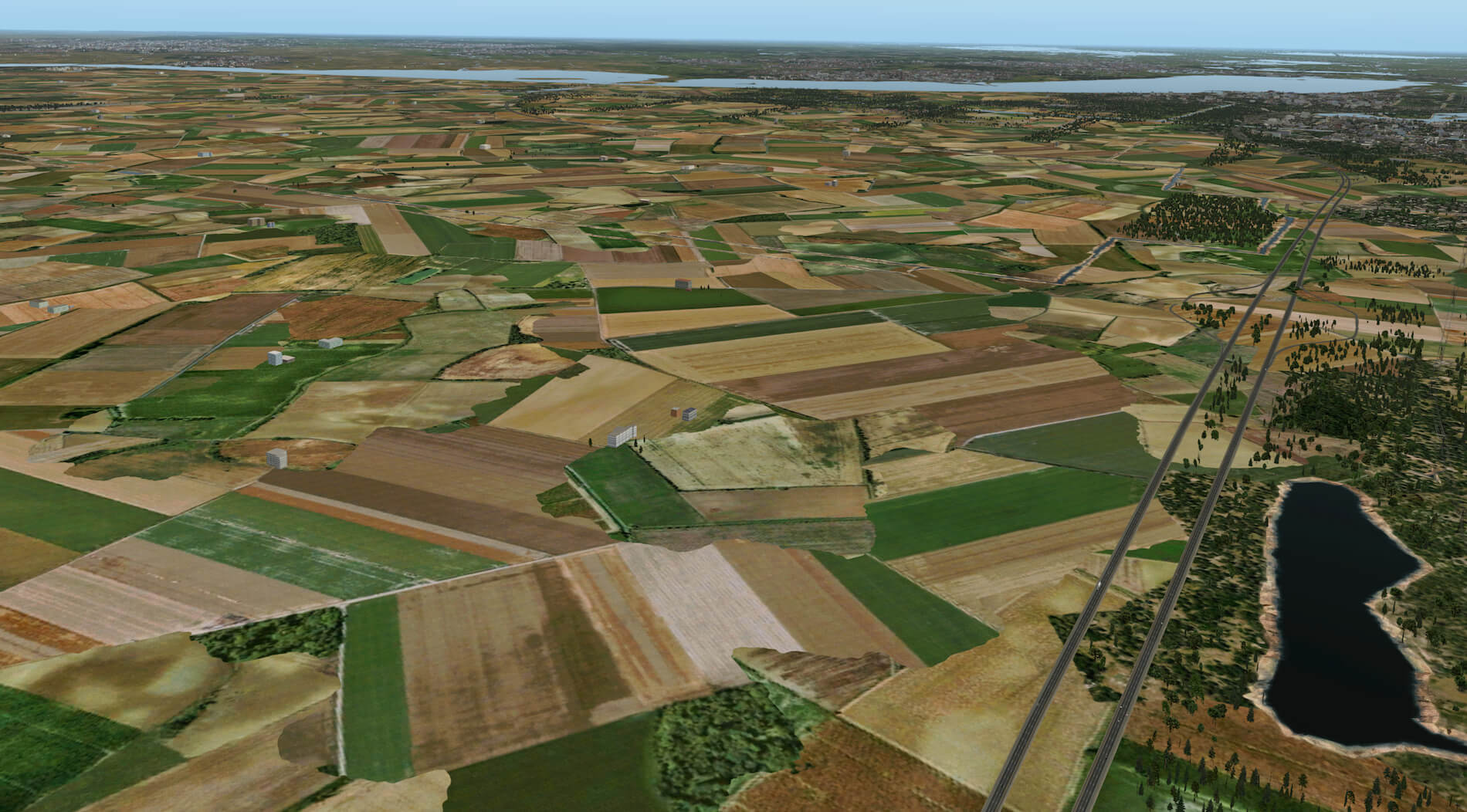 When you’ve seen this and don’t know how it looks in real life, then watch the next set of screen shots below. That’s how it should look! If you’re Dutch and perhaps even living in Flevoland or knowing the countryside, then you can confirm that the default XP10 ground tiles are, perhaps, from somewhere in Siberia. Without the snow of course! 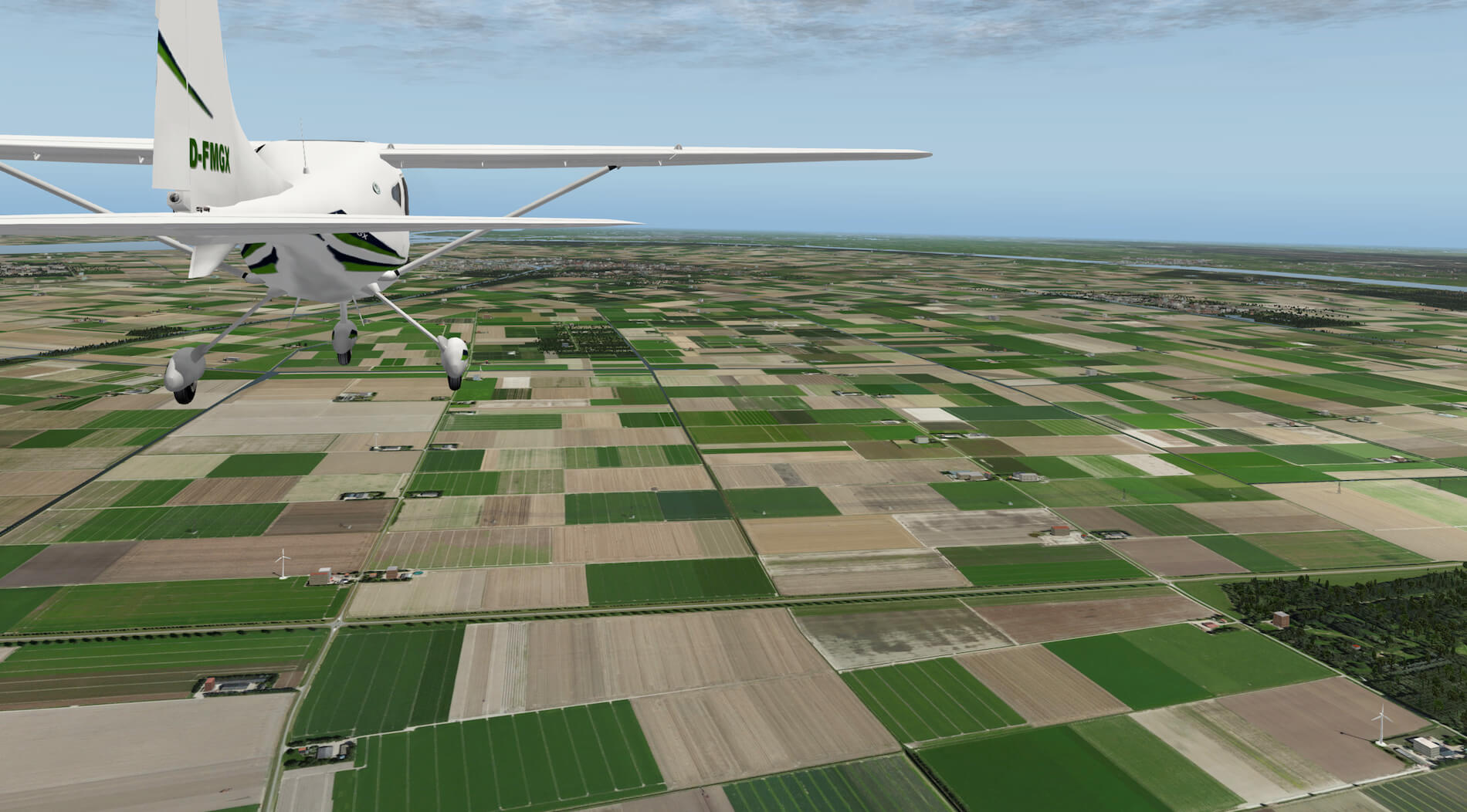 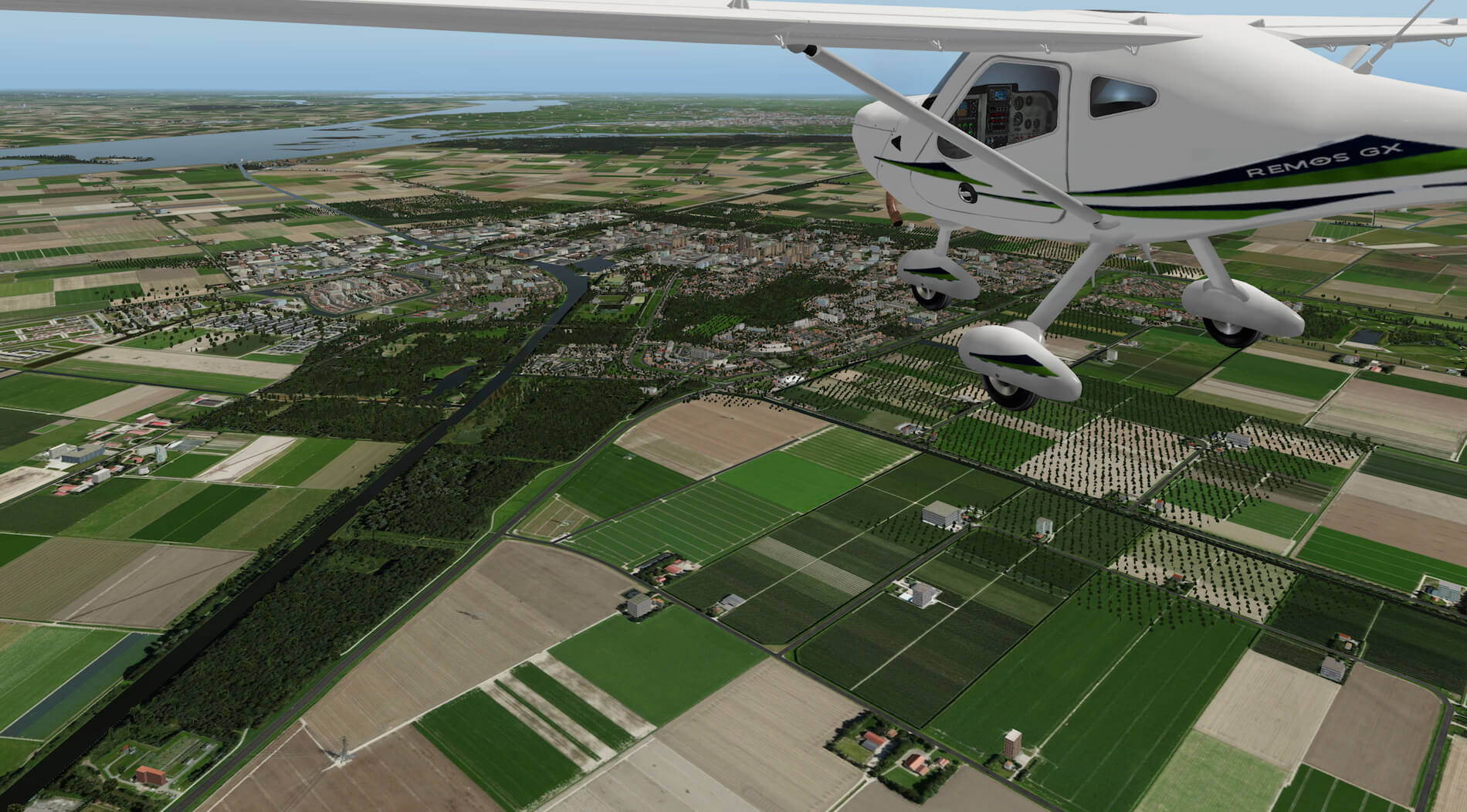 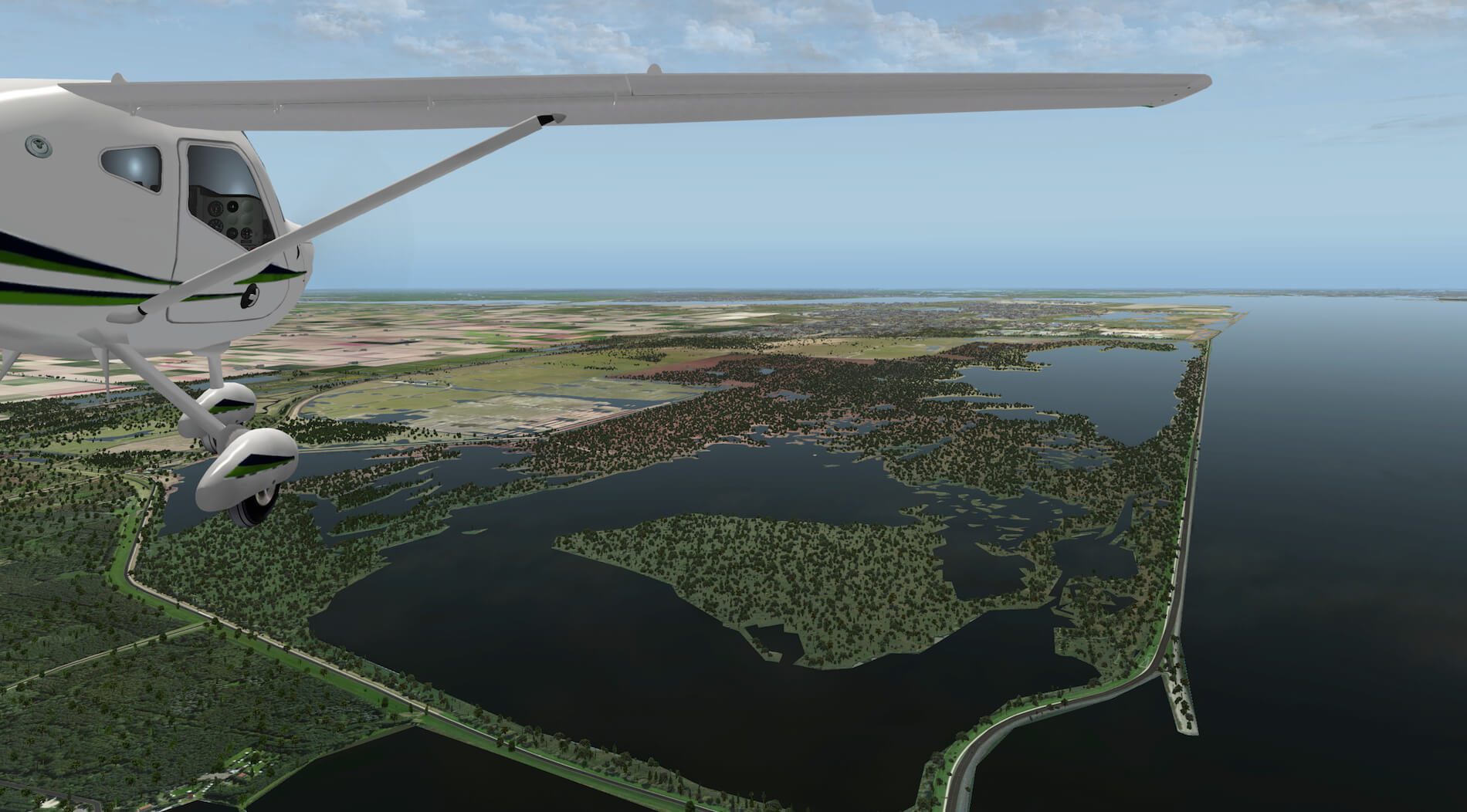 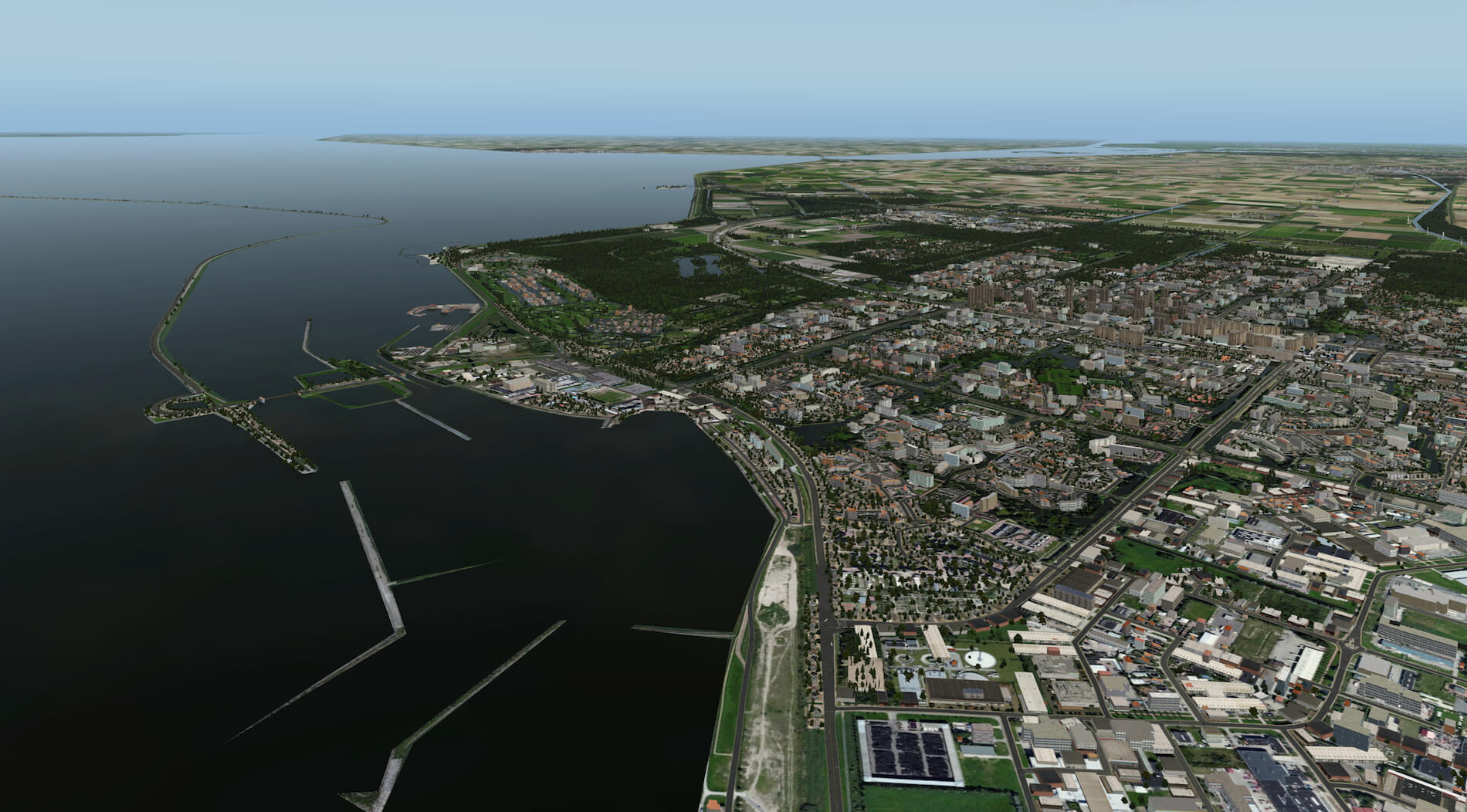 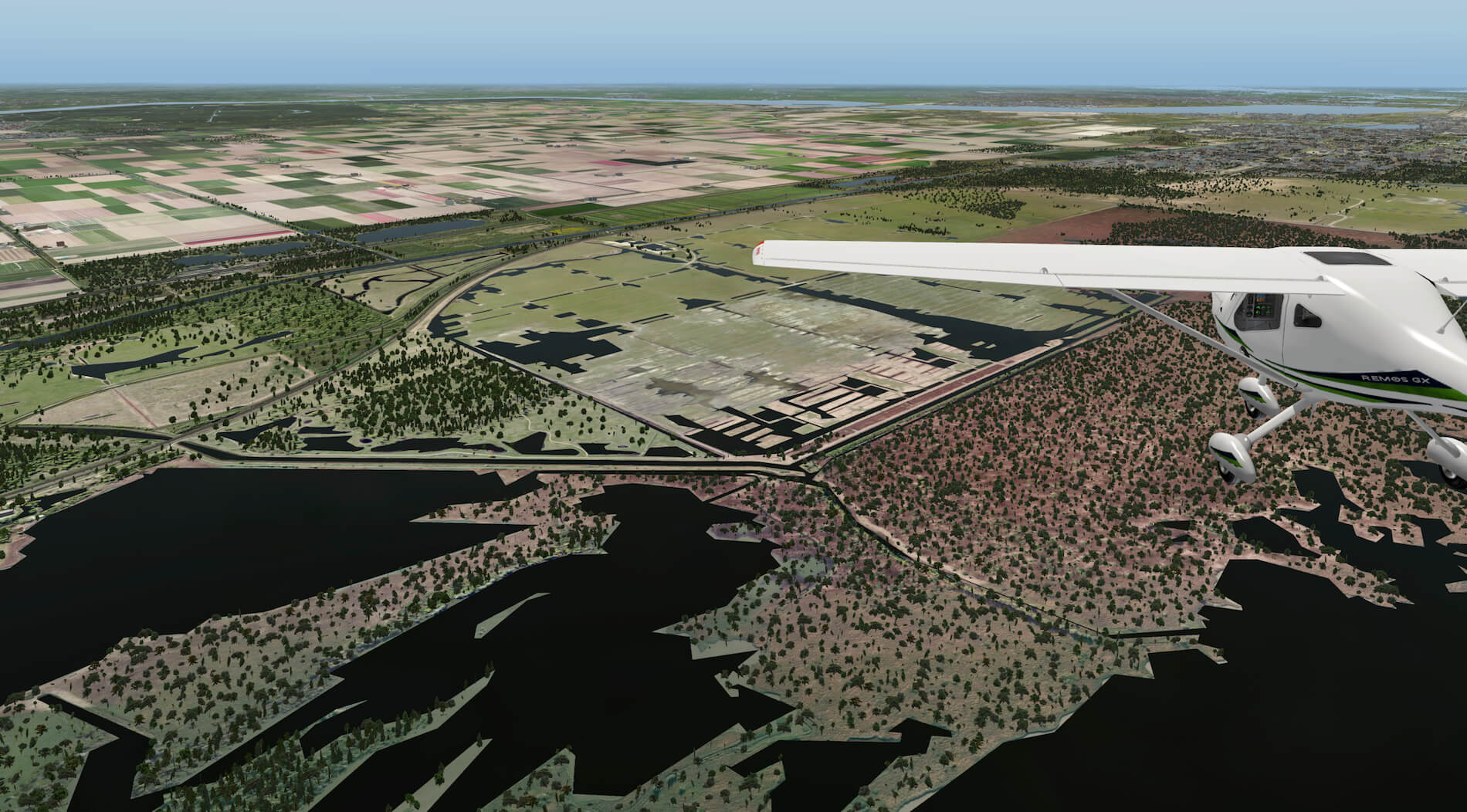 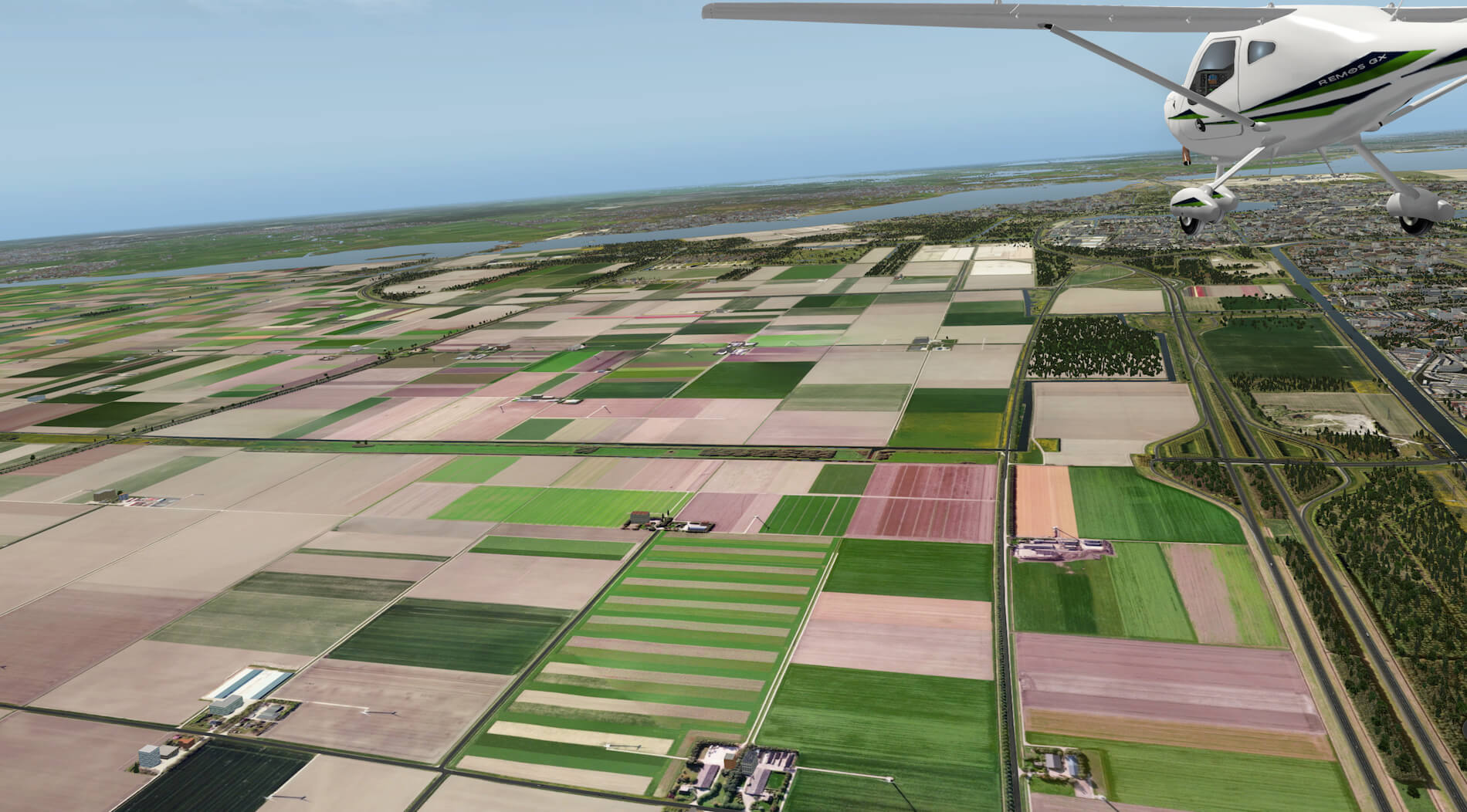 I flew from Lelystad Airport (EHLE) in an Easterly direction, reaching the border of the island, I made a 180 degrees turn towards Almere City and then back via the south side to Lelystad airport. During this short cross-country flight I made some screen shots, and a few of them can be found below. Although just a few screen shots, they will prove to you how worthy these SimHeaven packages are. By the way, I forgot to mention that they’re all for free. And, if you really like it, it would be very nice to offer a donation to those developers. They really do a great job!
This concludes my second cross-country flight in the Netherlands. And yes, there’s so much more to explore and for sure I will. At the same time I challenge you, European or not, to check out the many ZL16 and ZL17 packages on SimHeaven. Not only that, also check on SimHeaven to see if you can find your country or region updated OSM data. It’s really worth it.

Departing from Eindhoven Airport (EHEH), I fly in a Southerly direction towards the capital Maastricht. Since it’s a sunny day, there’s plenty to see, but I need to hurry since sunset is coming soon. The whole idea of the following SimHeaven screen shots is to show you, for the last time, how the Netherlands will look with SimHeaven ground tiles that represent my country as it should be represented. That said, with a tiles high resolution of 1.2 m / pixel, I’m happy and perhaps this Dutch impression could be a starting point for others to deliver their SimHeaven experience for their country. 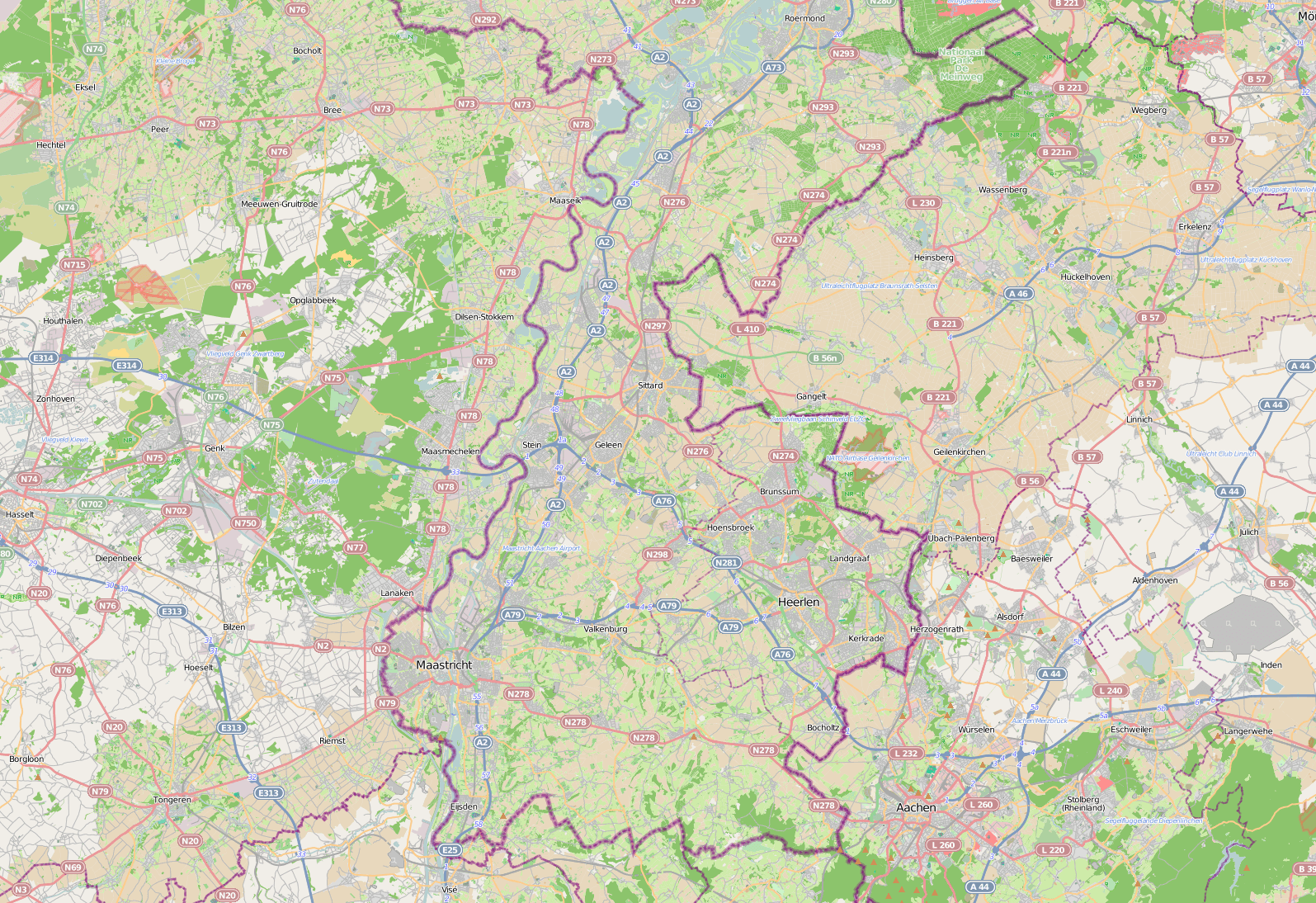 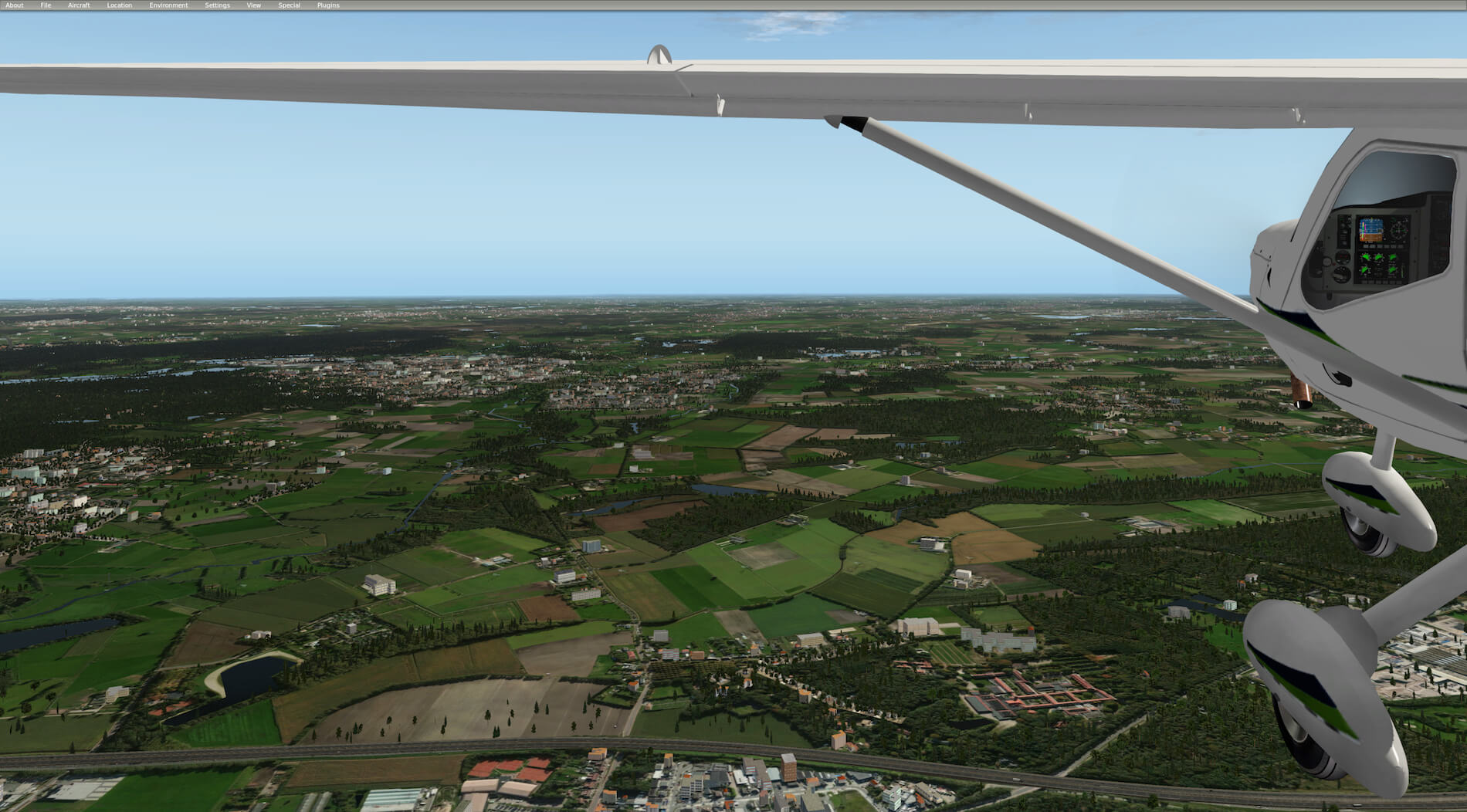 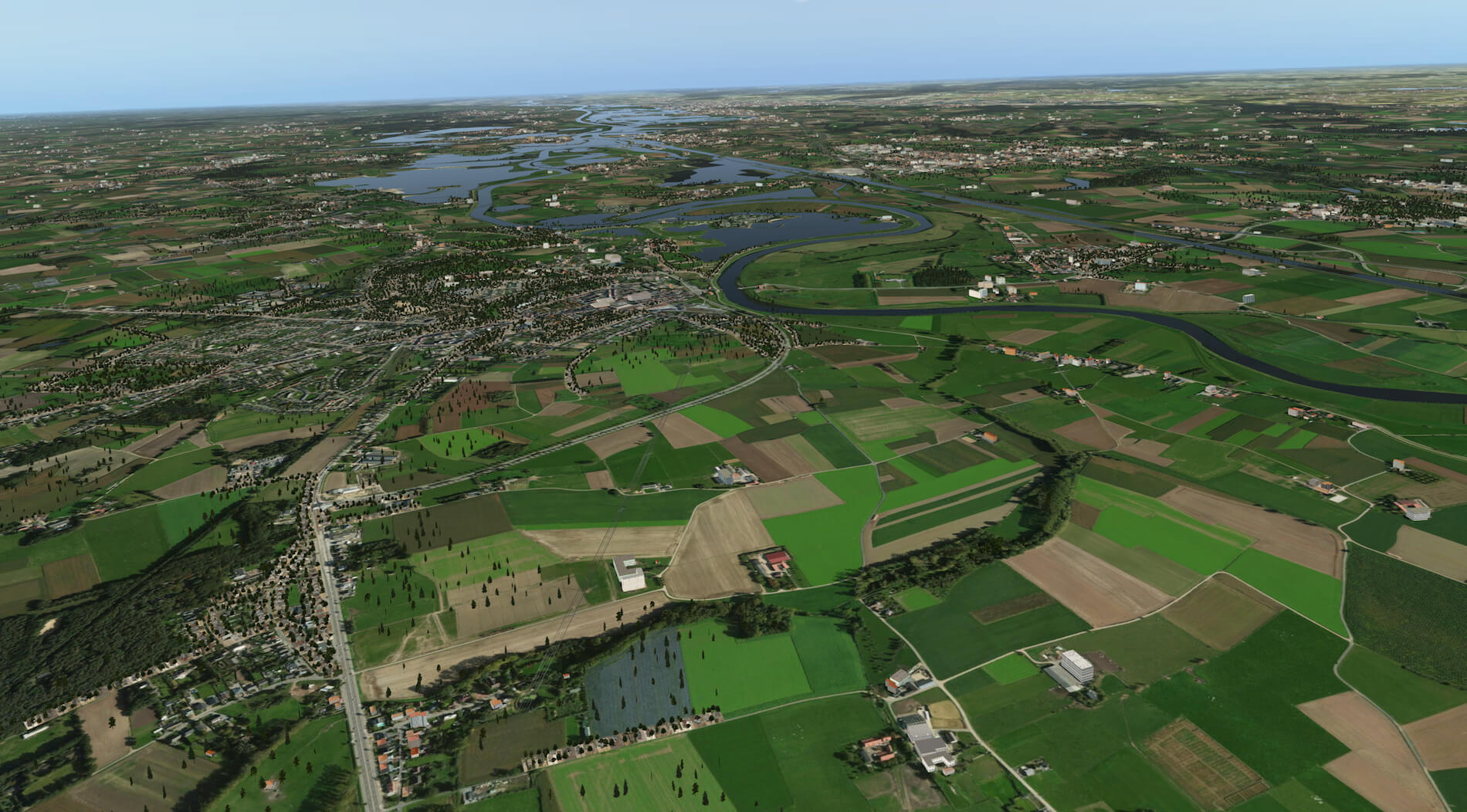 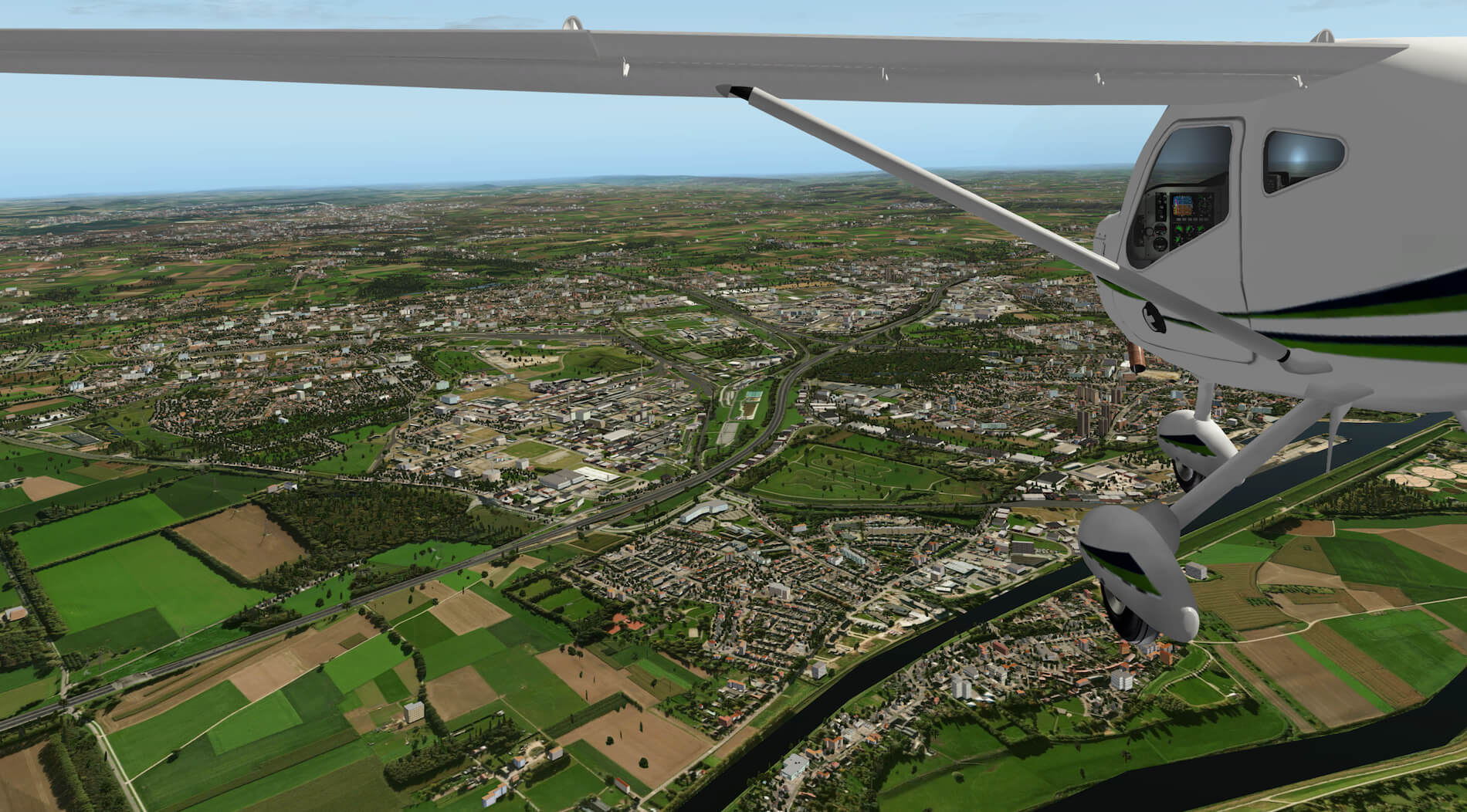 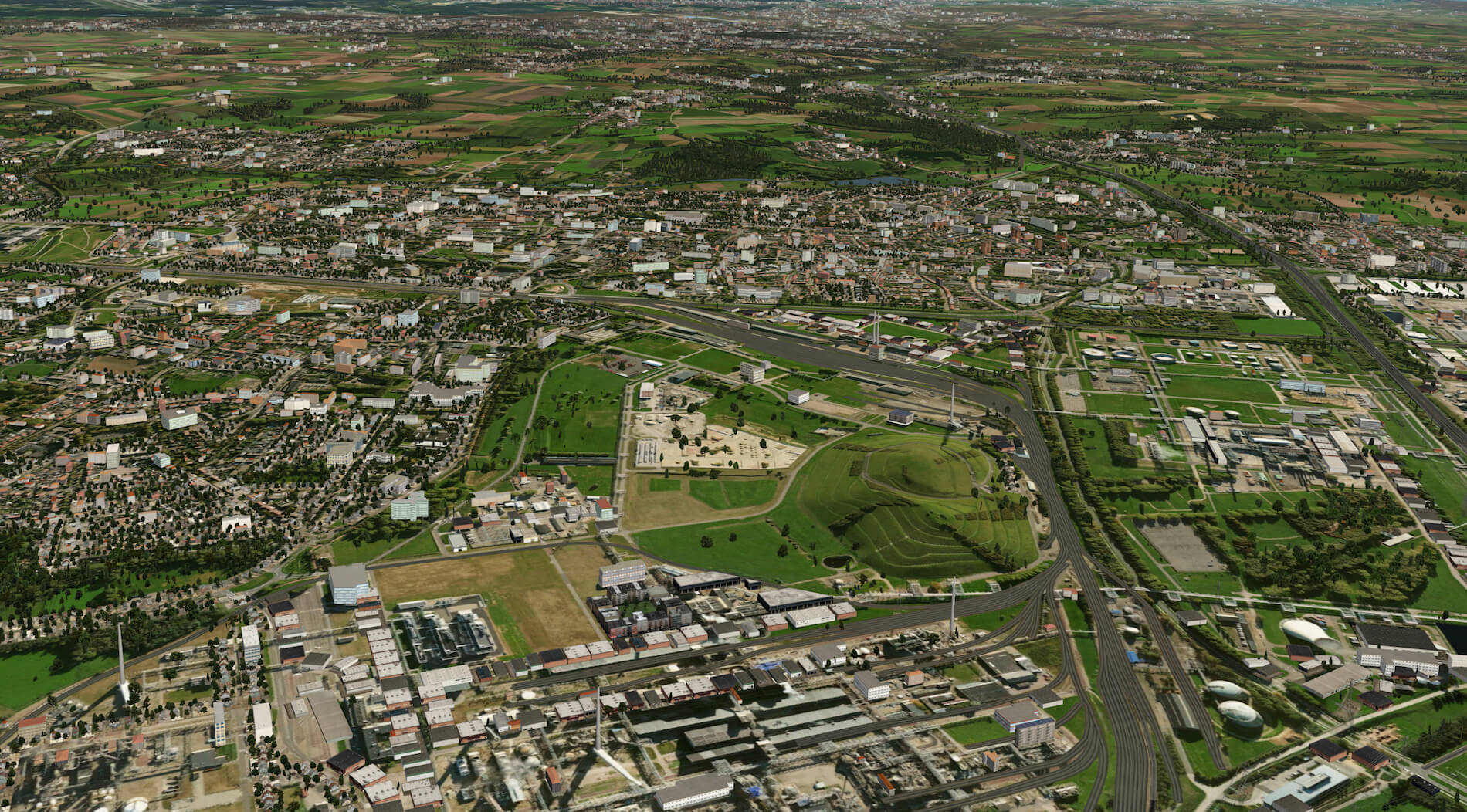 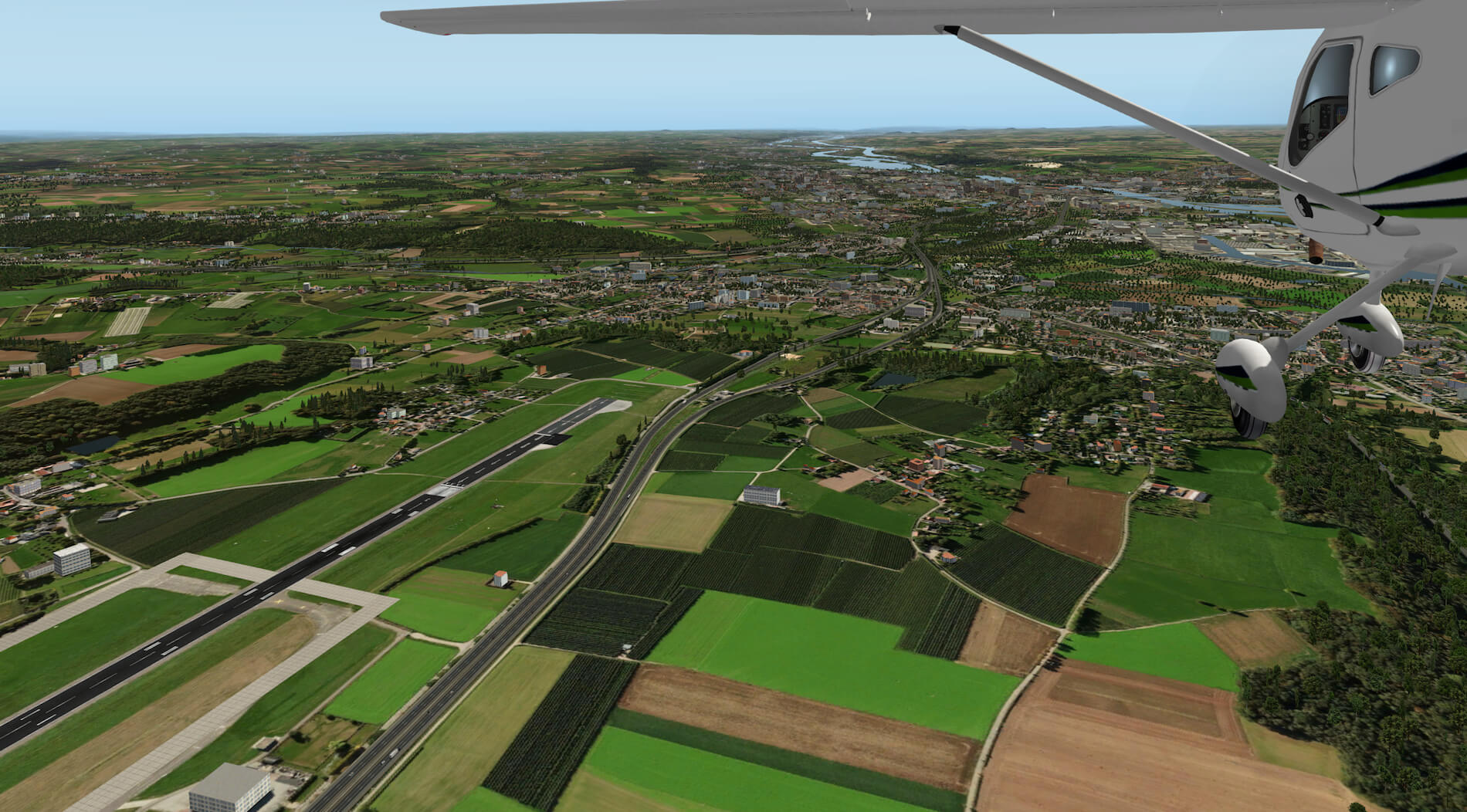 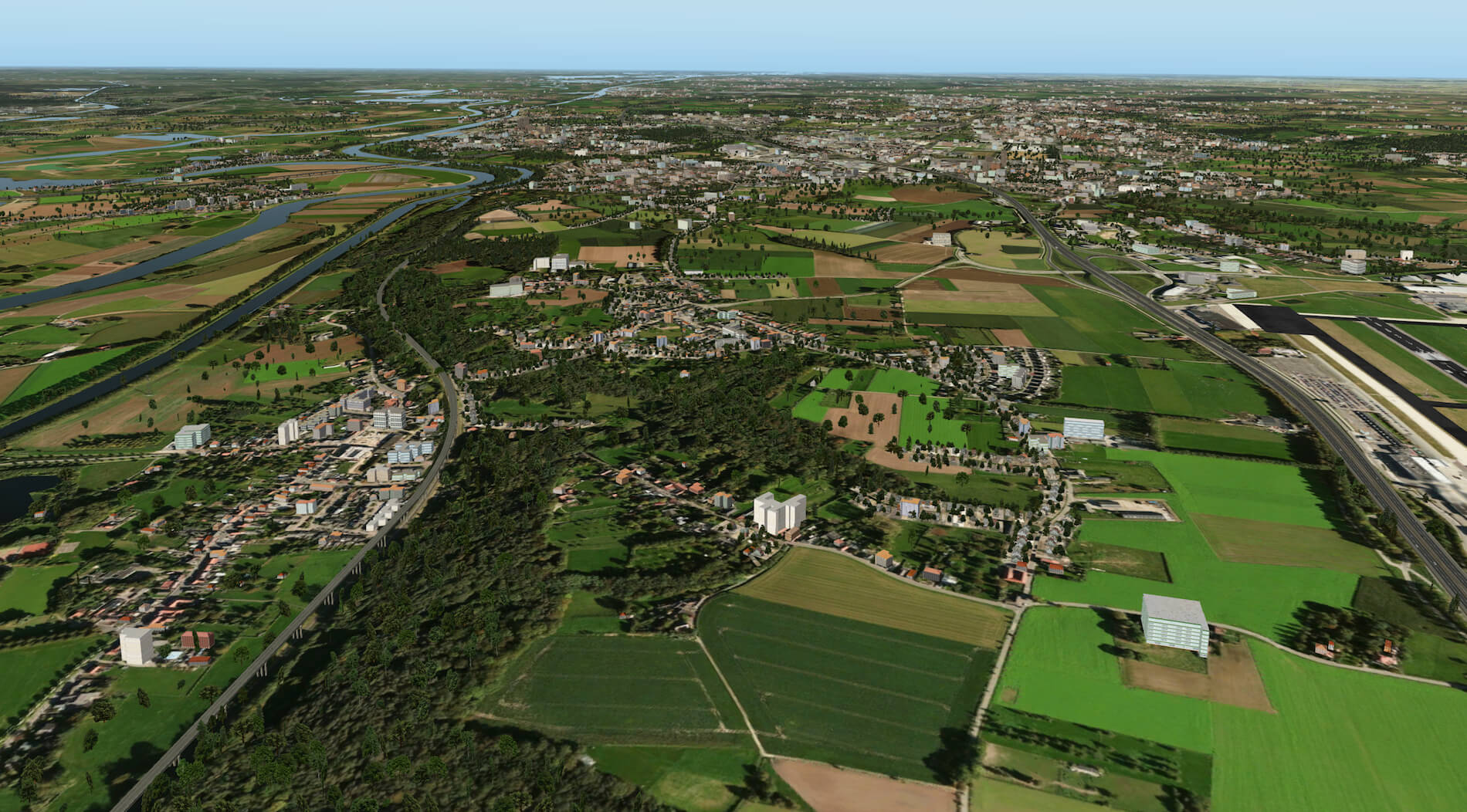 With these last sets of SimHeaven screen shots, I’ve also reached the end of this impression. And you’re right, I didn’t add default XP10 Limburg screen shots. I think that you’ve got a very good idea, from my first two flights, how unrealistic my country looks.

It was fun, checking with my own eyes, how simple it is to change the look and feel of ground textures or tiles with high resolution, photo real ground tiles.

Feel free to contact me if you’ve got additional questions related to this impression. You can reach me via email Angelique.van.Campen@gmail.com.