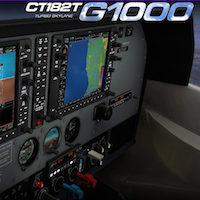 Just a reminder to all simmers who are flying the Carenado and/or Alabeo aircraft having the G1000 navigation equipment on-board.

It’s important to know that you need to download the aircraft again.