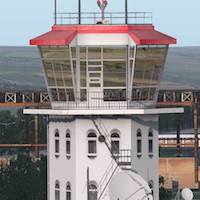 We’re at X-Plained.Com are pleased to inform you that Jude Bradley visited the airport of Chișinău (LUKK), modeled by Drzewiecki Design.

According to Jude “Drzewiecki Design are no strangers to X-Plane, having successfully ported most of their products from FSX/P3D. despite being from Europe, I had not really paid much attention to Moldova, it sounds like someplace Dracula might reside, or one of the more obscure Eurovision song contest entries. However, looking closer, Moldova has had an old history linking back to the Roman and Byzantine era.”

And Jude continues “At first glance, this airport does not look very interesting with its single runway, but Drezwiecki have done one nice job on this airport. (The traffic lights were a nice touch) There is such a lot of interesting things to see here, and boring is not the word I would use here. They have even gone as far as adding some photo real and local landmarks which blend in very nicely with the airport.”

Curious what Jude has to say and to show you? Then it’s worth to check out his review.