This time a mixed article about the Roll Royce Trent ALPS engines and the Flight Factor A350 with ALPS test engines installed, brought to you by Fabio or also know under the Org user name fscabral. But first, some Rolls Royce Trent history and then in particular the RR Trent ALPS engines.

Rolls-Royce Trent is a British family of three spool, high bypass turbofan aircraft engines manufactured by Rolls-Royce plc. All are developments of the RB211 with thrust ratings of 53,000 to 97,000 pounds-force (240 to 430 kN). Versions of the Trent are in service on the Airbus A330, A340, A350, A380, Boeing 777, and 787. The Trent has also been adapted for marine and industrial applications.

First run in August 1990 as the model Trent 700, the Trent has achieved significant commercial success, having been selected as the launch engine for all three of the 787 variants (Trent 1000), the A380 (Trent 900) and the A350 (Trent XWB). Its overall share of the markets in which it competes is around 40 percent. Sales of the Trent family of engines have made Rolls-Royce the second biggest supplier of large civil turbofans after General Electric, relegating rival Pratt and Whitney to third position.

On 26 February 2014, Rolls-Royce detailed its Trent future developments. The Advance is the first design could be ready from the end of the 2010s and aim to offer at least 20% better fuel burn than the first generation of Trents. Next is the UltraFan, which could be ready for service from 2025, a geared turbofan with a variable pitch fan system, promising at least 25 percent improvement in fuel burn.[47] The Advance bypass ratio should exceed 11:1 and its overall pressure ratio 60:1, while the geared/variable pitch UltraFan aims for a 15:1 bypass ratio and 70:1 overall pressure ratio.

And now, coming soon available for the Flight Factor A350 v1.5.x …… the Advanced Low-Pressure System (ALPS) virtual CTi fan blades and modified engine cowling. After flights test in 2014 of CTi fan blades with a titanium leading edge and carbon casing, they had indoor and outdoor tests in 2017, including crosswind, noise and tip clearance studies, flutter mapping, performance and icing conditions trials. Rolls-Royce will ground test in 2018 its ALPS demonstrator: a Trent 1000 fitted with composite fan blades and case, including bird strike trials.

Just to highlight the weird shape of the rear of the engine cowling.
To combat the sound of jet-blast from the rear of the engine, Boeing, General Electric, Rolls Royce and NASA developed serrated edges called chevrons for the back of the nacelle and the engine exhaust nozzle. The chevrons reduce jet blast noise by controlling the way the air mixes after passing through and around the engine. The acoustic liners and chevrons are such effective noise suppressors that several hundred pounds of sound insulation may be eliminated from the fuselage. As NASA was involved, they state; chevrons are the sawtooth pattern seen on the trailing edges of some jet engine nozzles. As hot air from the engine core mixes with cooler air blowing through the engine fan, the shaped edges serve to smooth the mixing, which reduces turbulence that creates noise.

With this in mind, Fabio decided to modify the Flight Factor A350 Series fan blades from the original virtual Ti blades to the CTi (Carbon Titanium) blades as well as modifying the rear engine cowling as can be seen on the Trent 1000 cowling. Let’s make one thing clear that the Trent 1000 isn’t the Trent engine fitted on the A350 series. Neither less, the idea is great as well as how it lokos like.

It started with modeling the Trent 1000 engine, but slowly, texture parts where added to it to make it complete as in real although we have to admit that Rolls Royce doesn’t has a Trent 1000 fitted on the Airbus A350. That said, Fabio added and painted a complete Rolls Royce livery for it including a unique aircraft registration namely N350RR. The livery Fabio has chosen is one of the many Rolls Royce uses for testing engines. And Fabio continued with more modifications; the typical black lining around the cockpit windows where improved, the wheels assemblies are now dirty. You normally see with many models very clean new wheel assemblies which is far from the reality. Oh yes, when you mount a new wheel, it’s clean, but the carbon brakes make them dirty before you know. Check it out yourself! 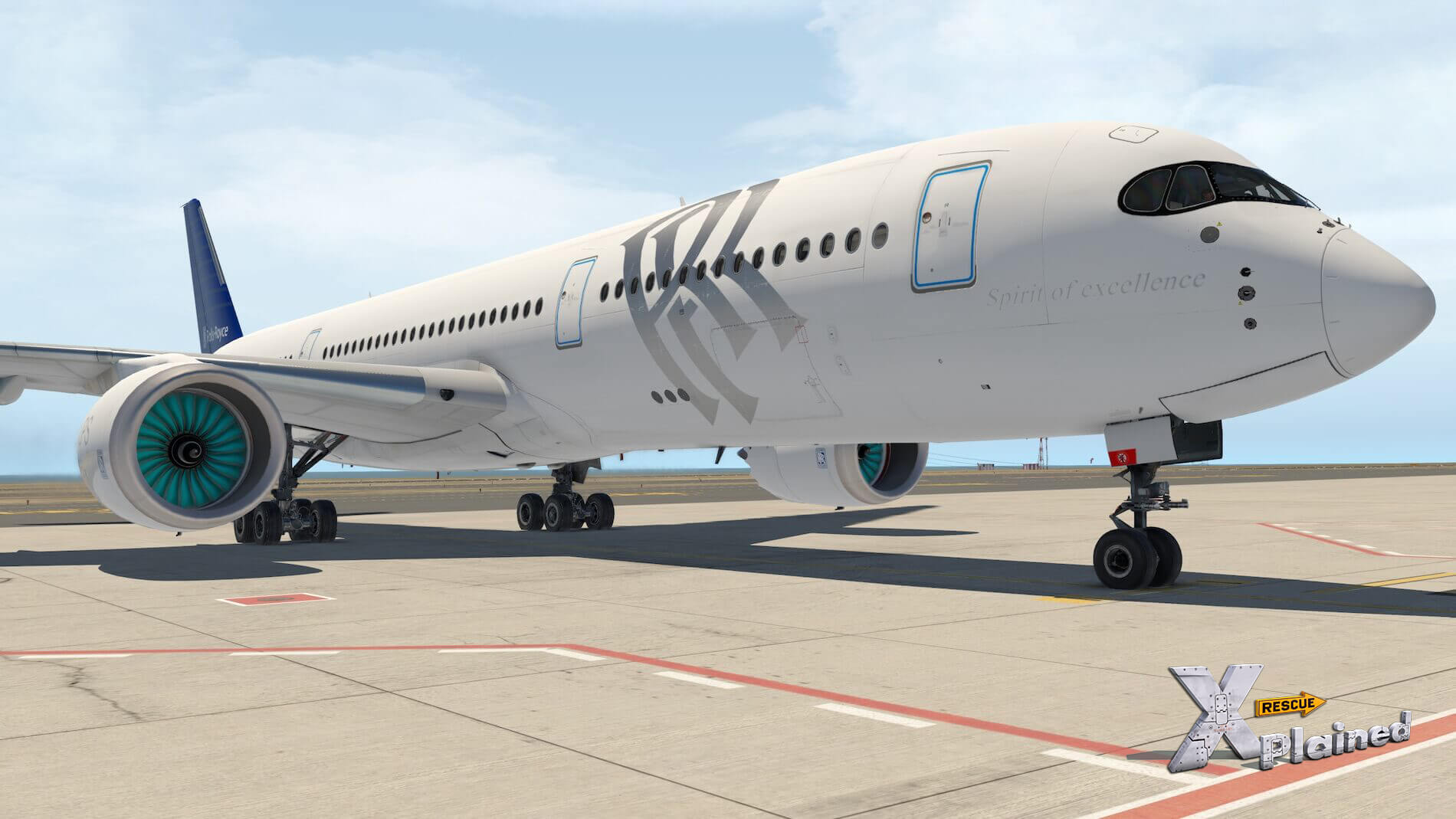 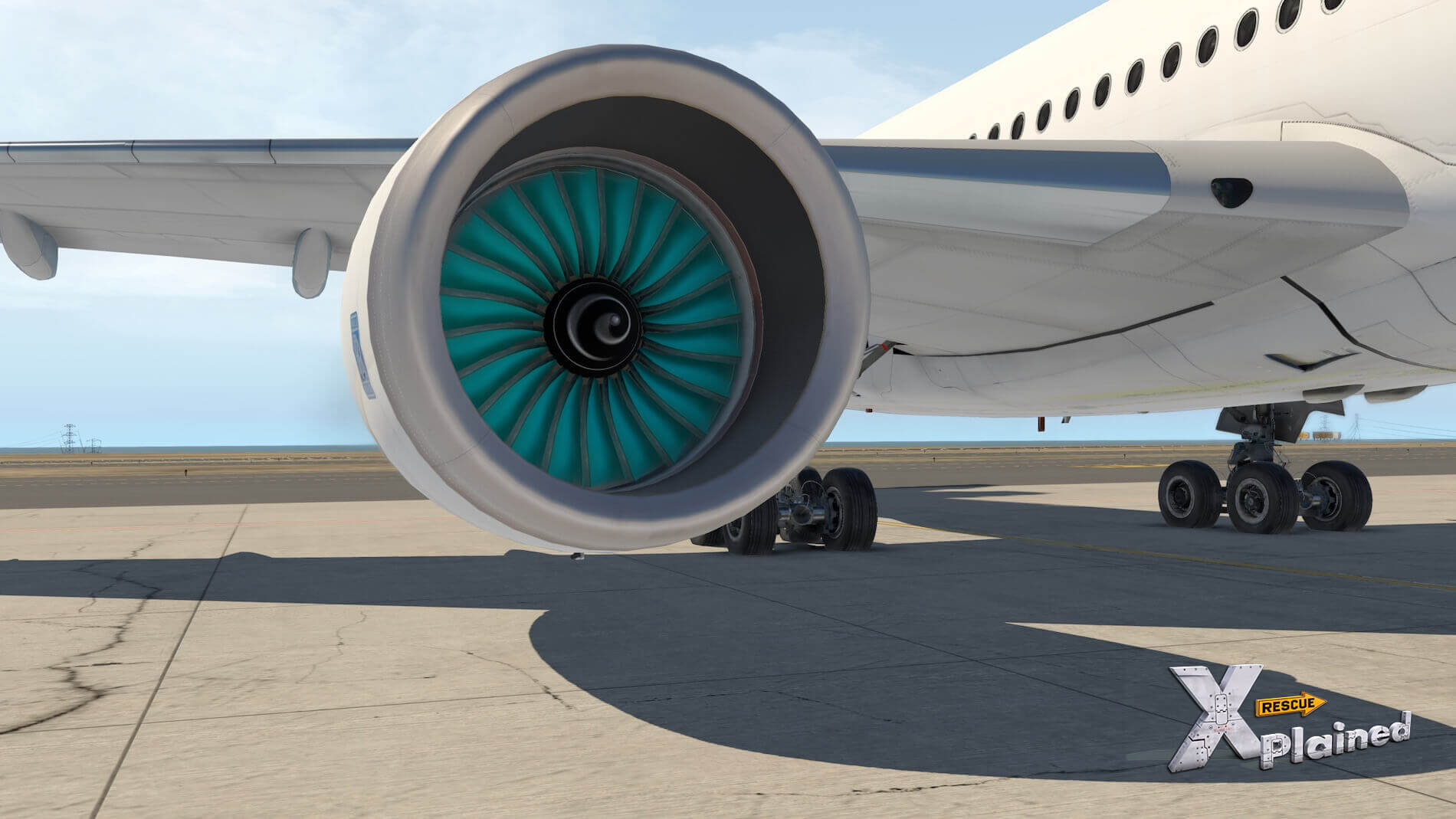 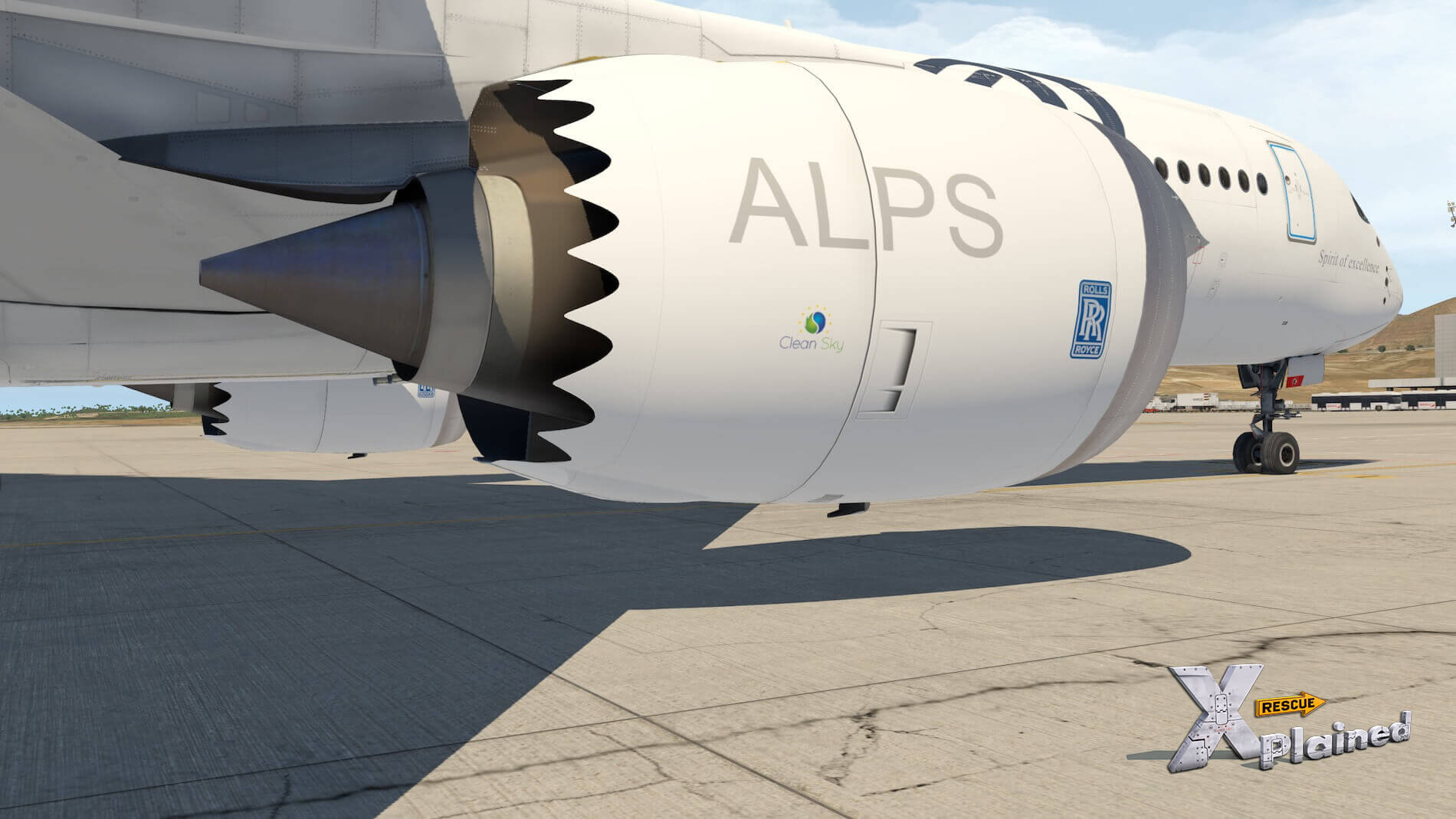 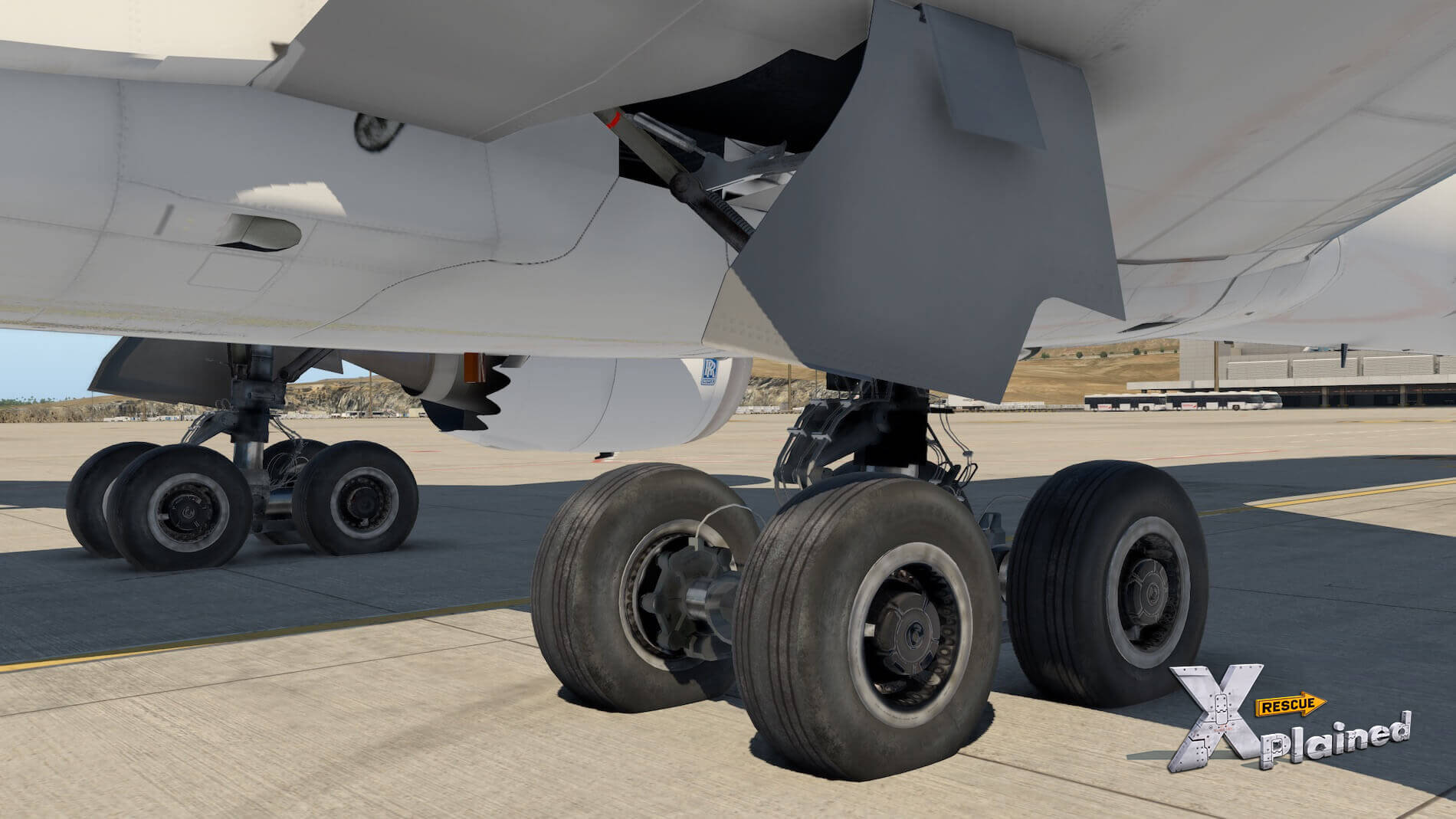 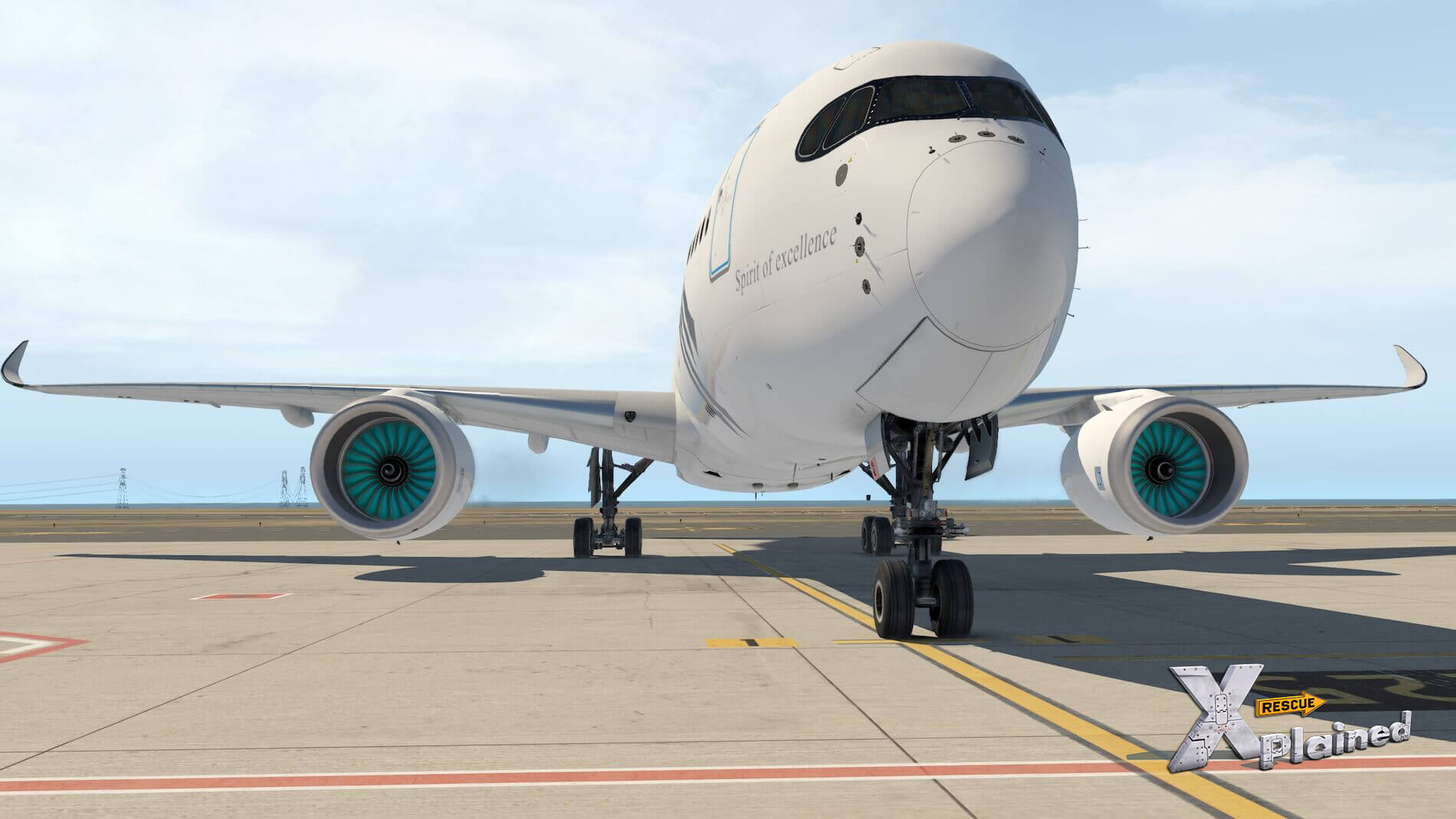 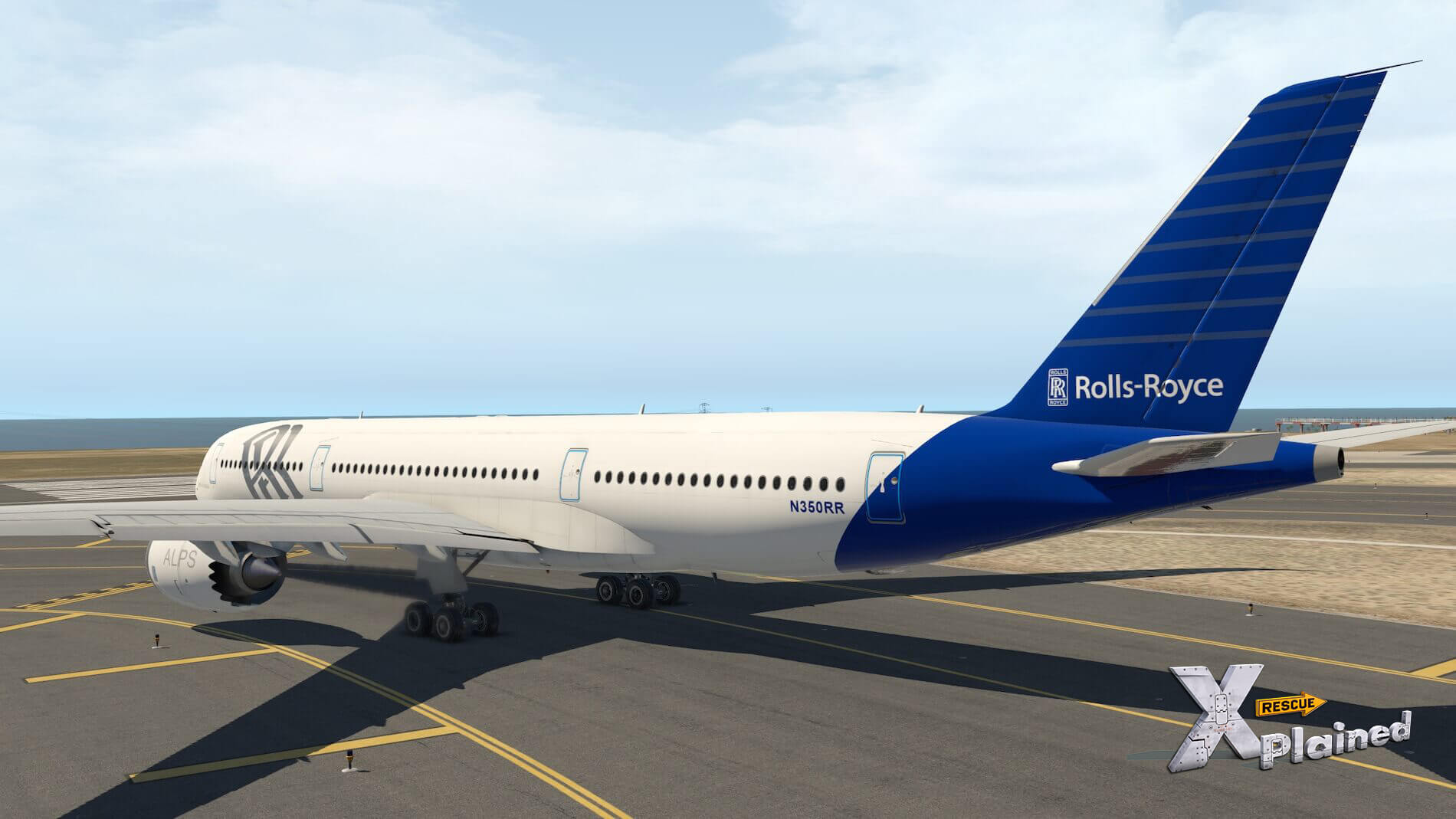 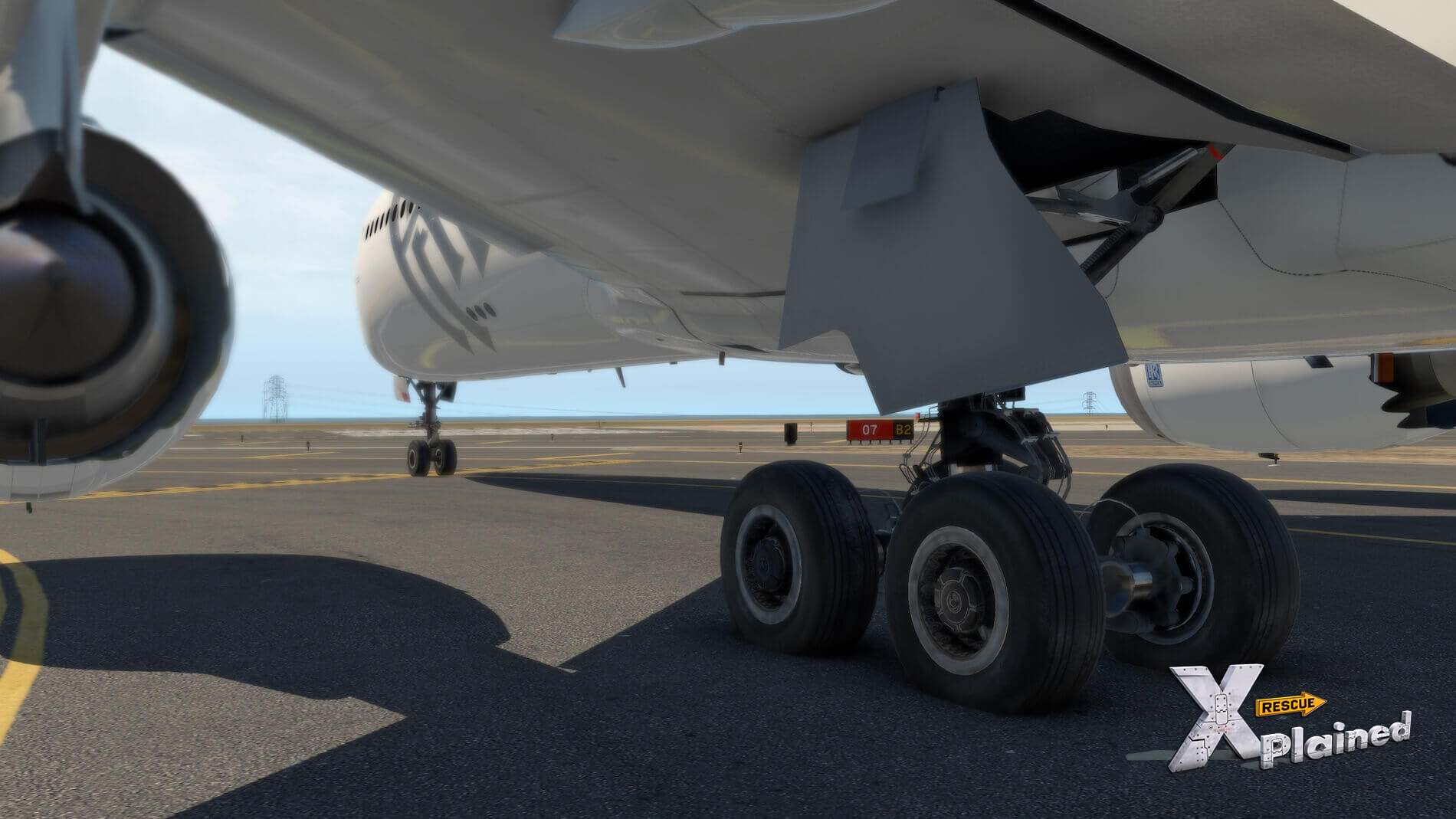 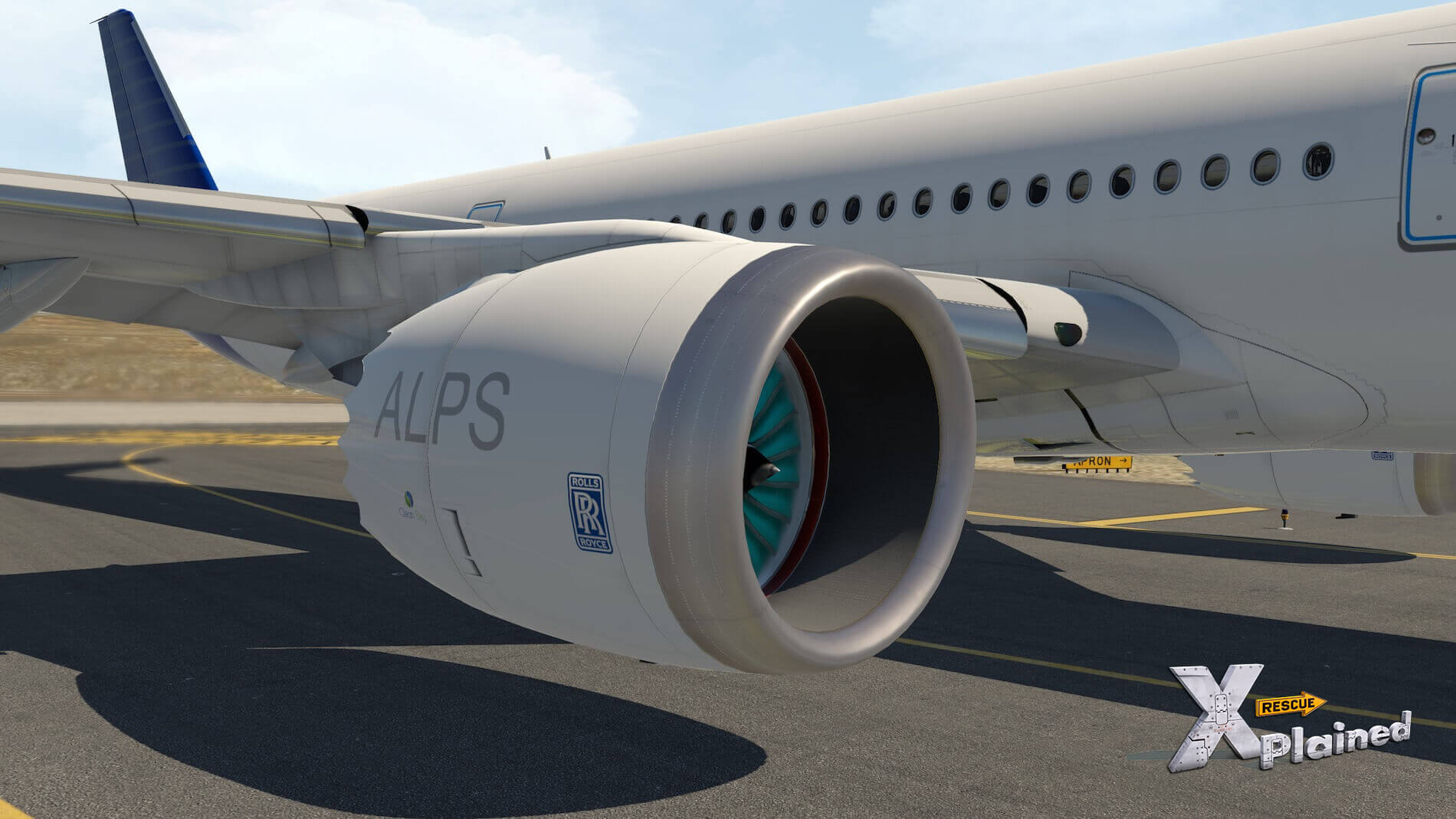 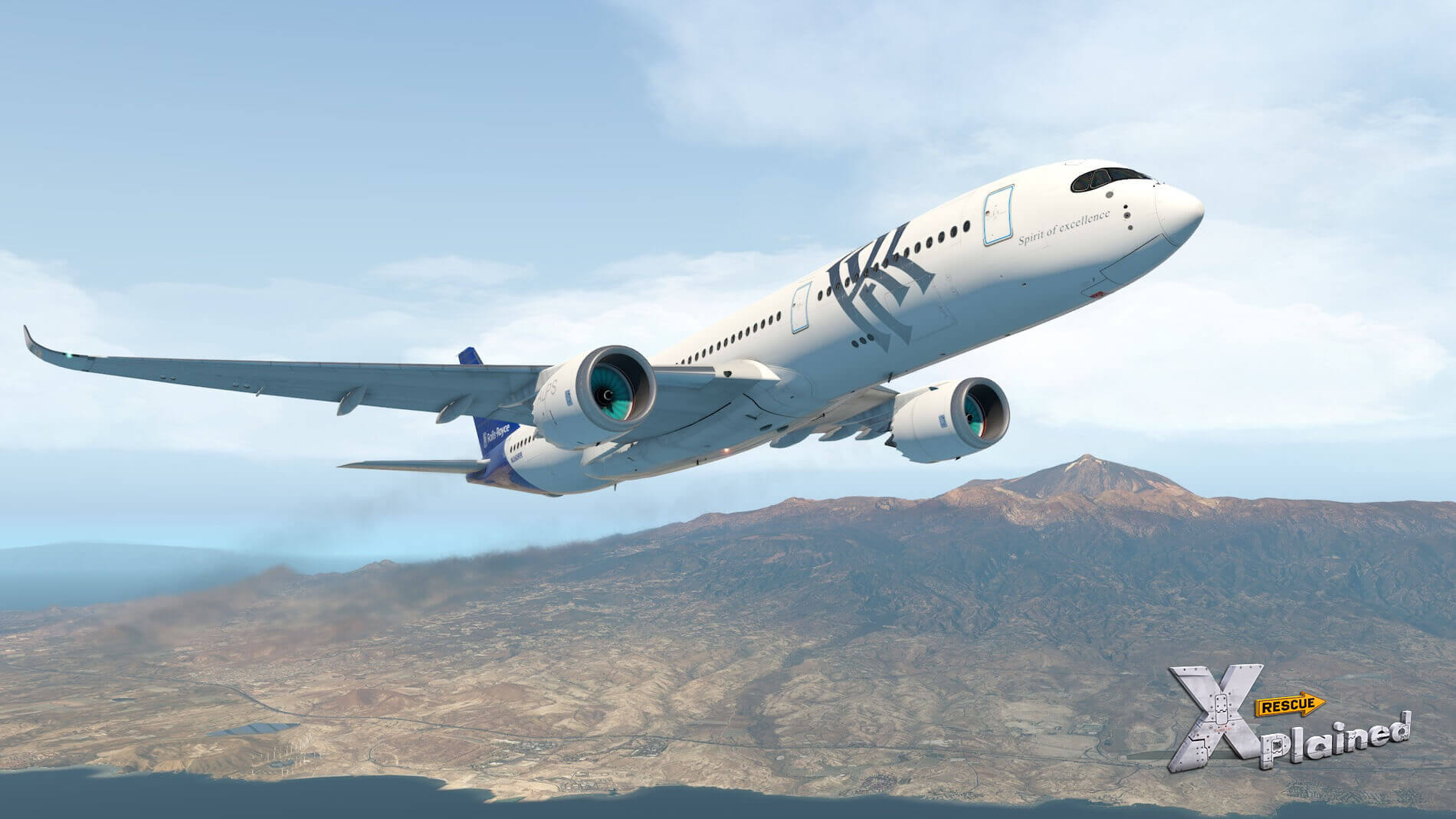 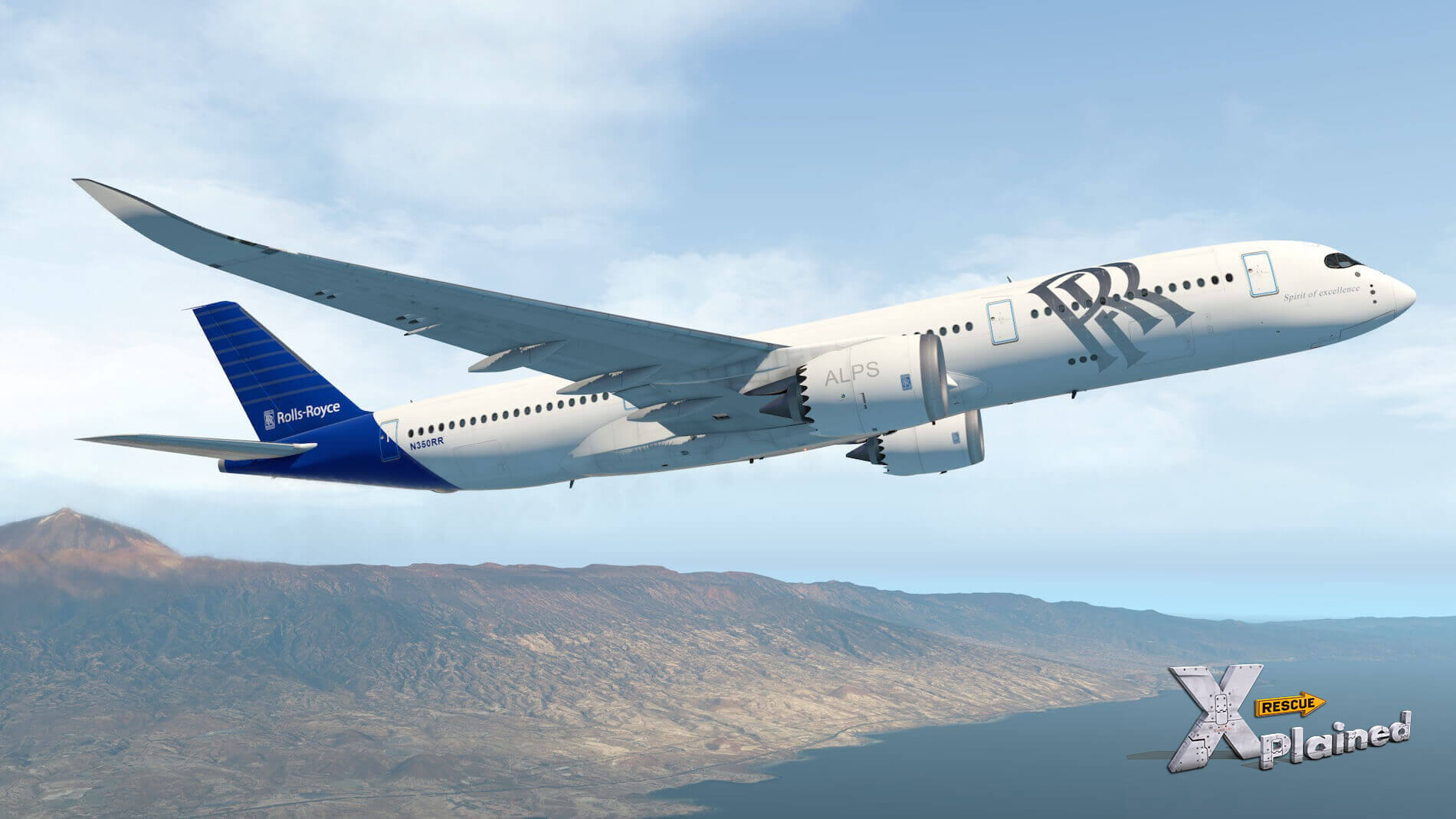 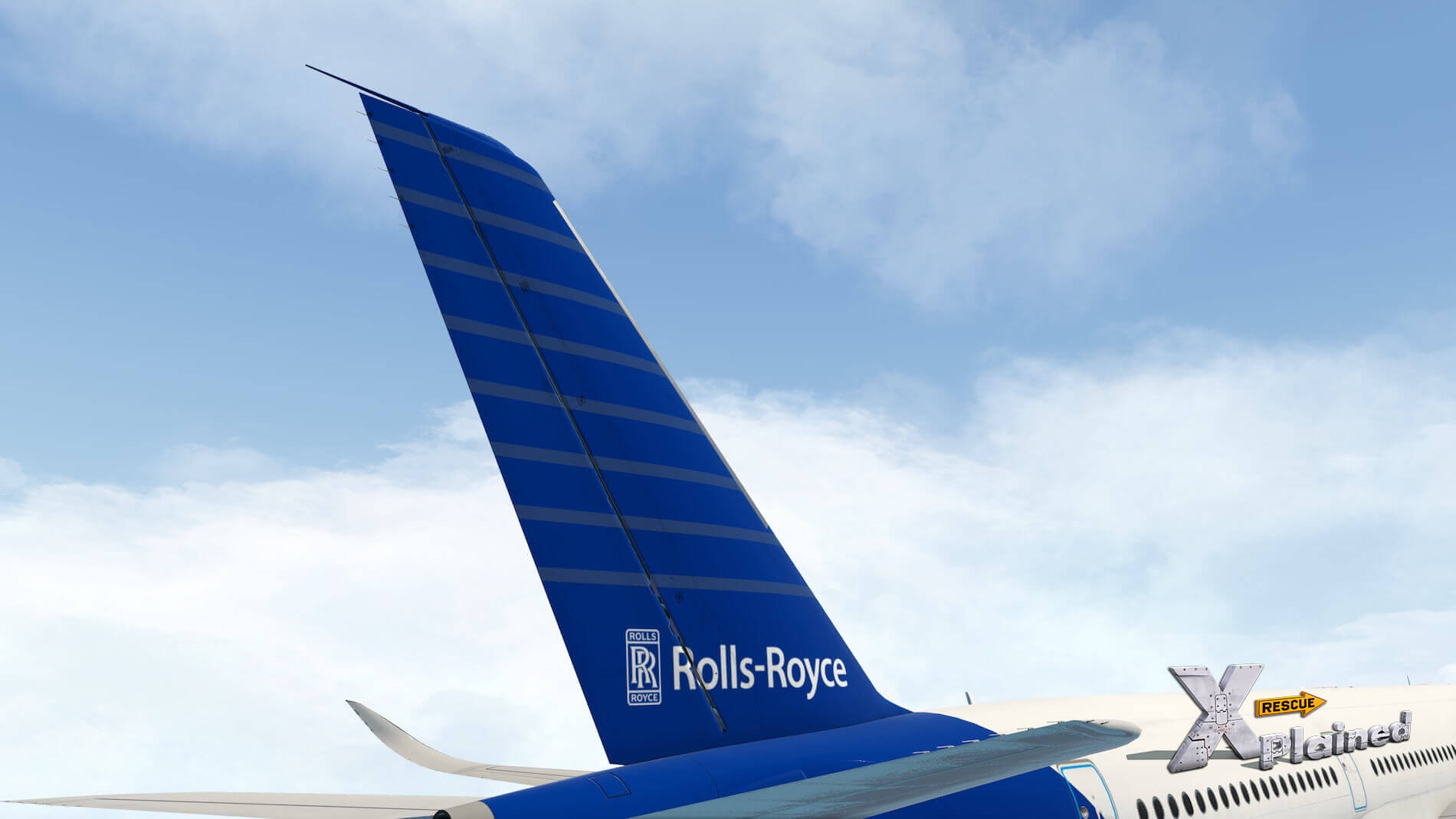 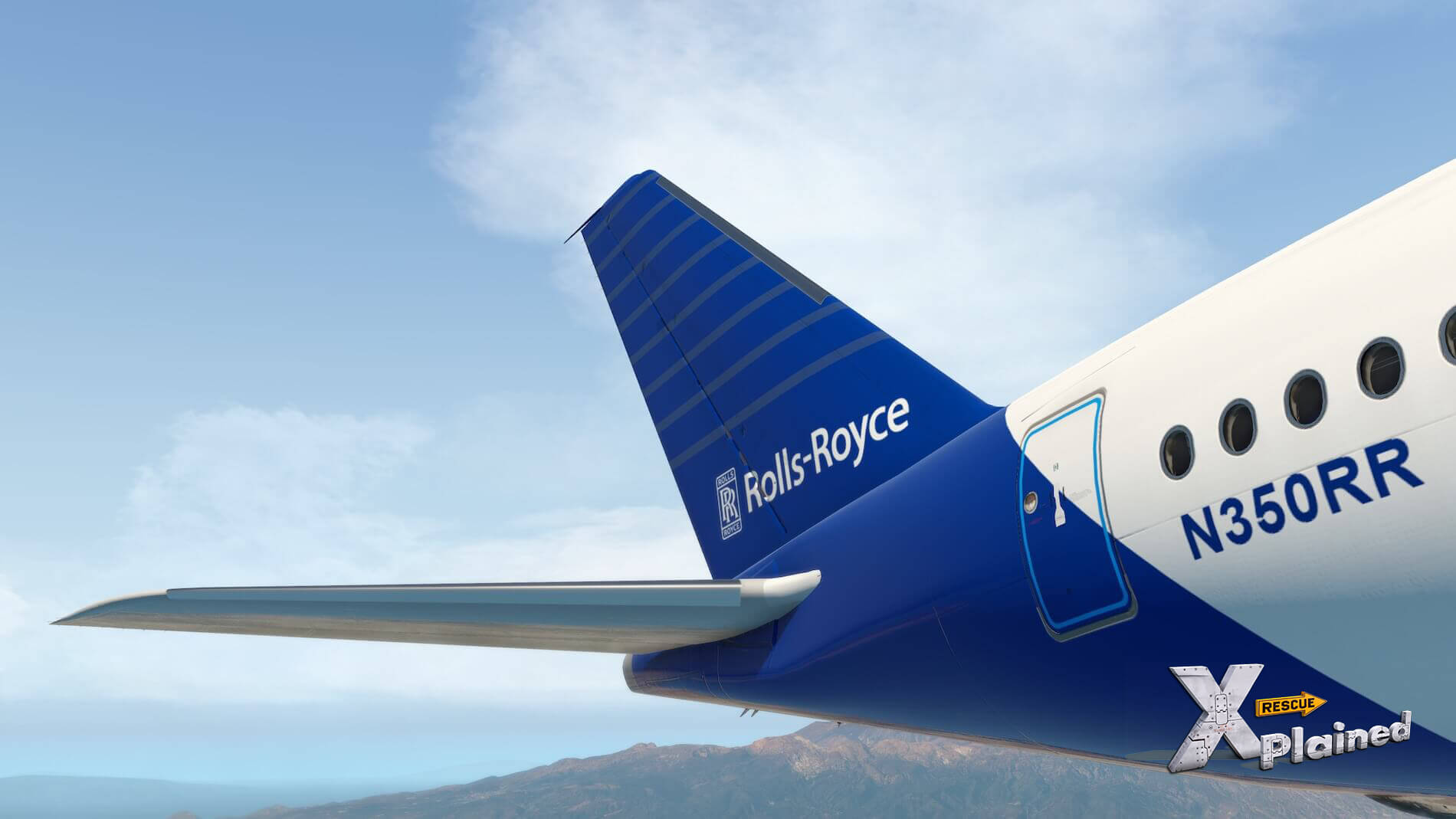 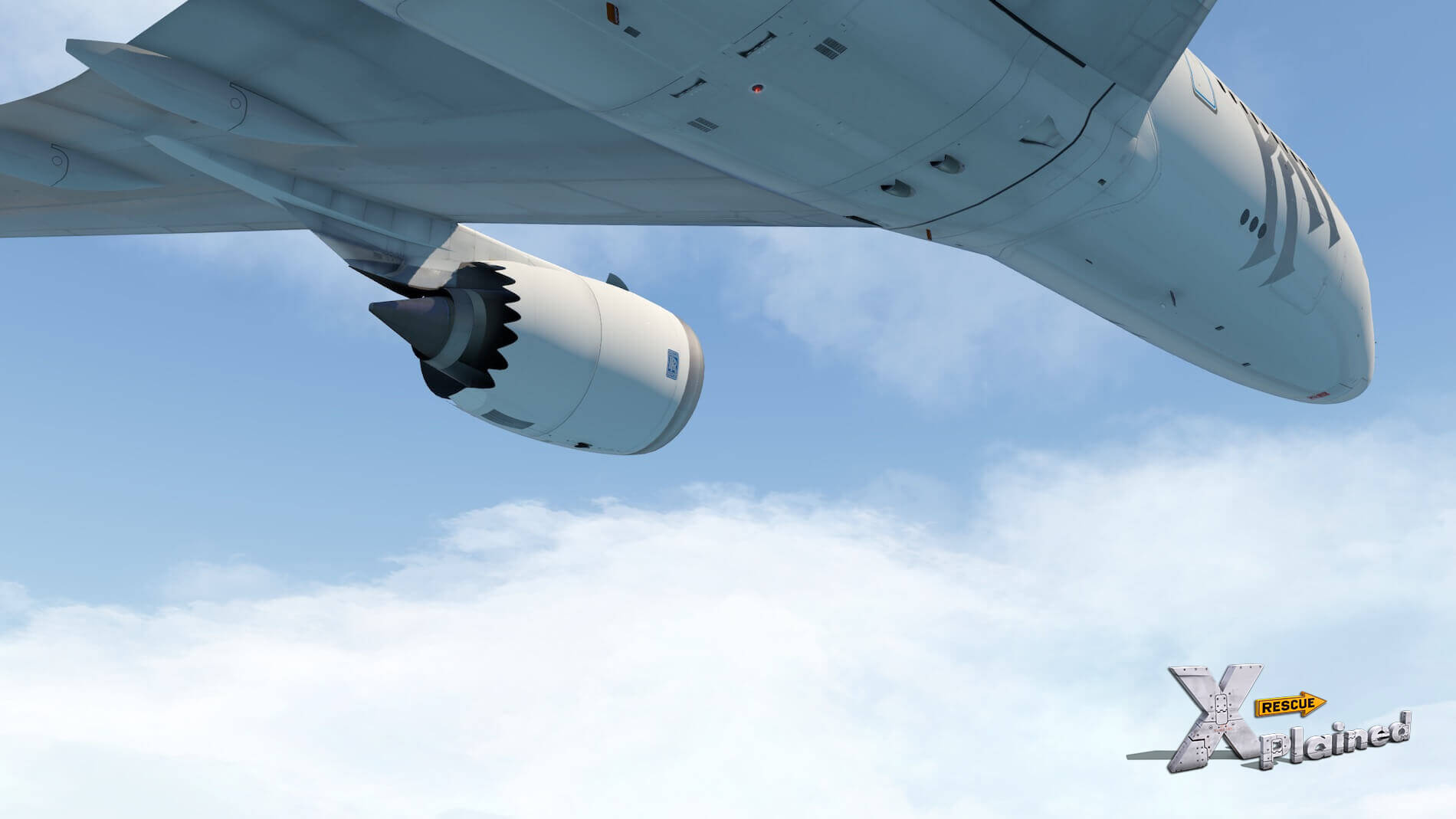 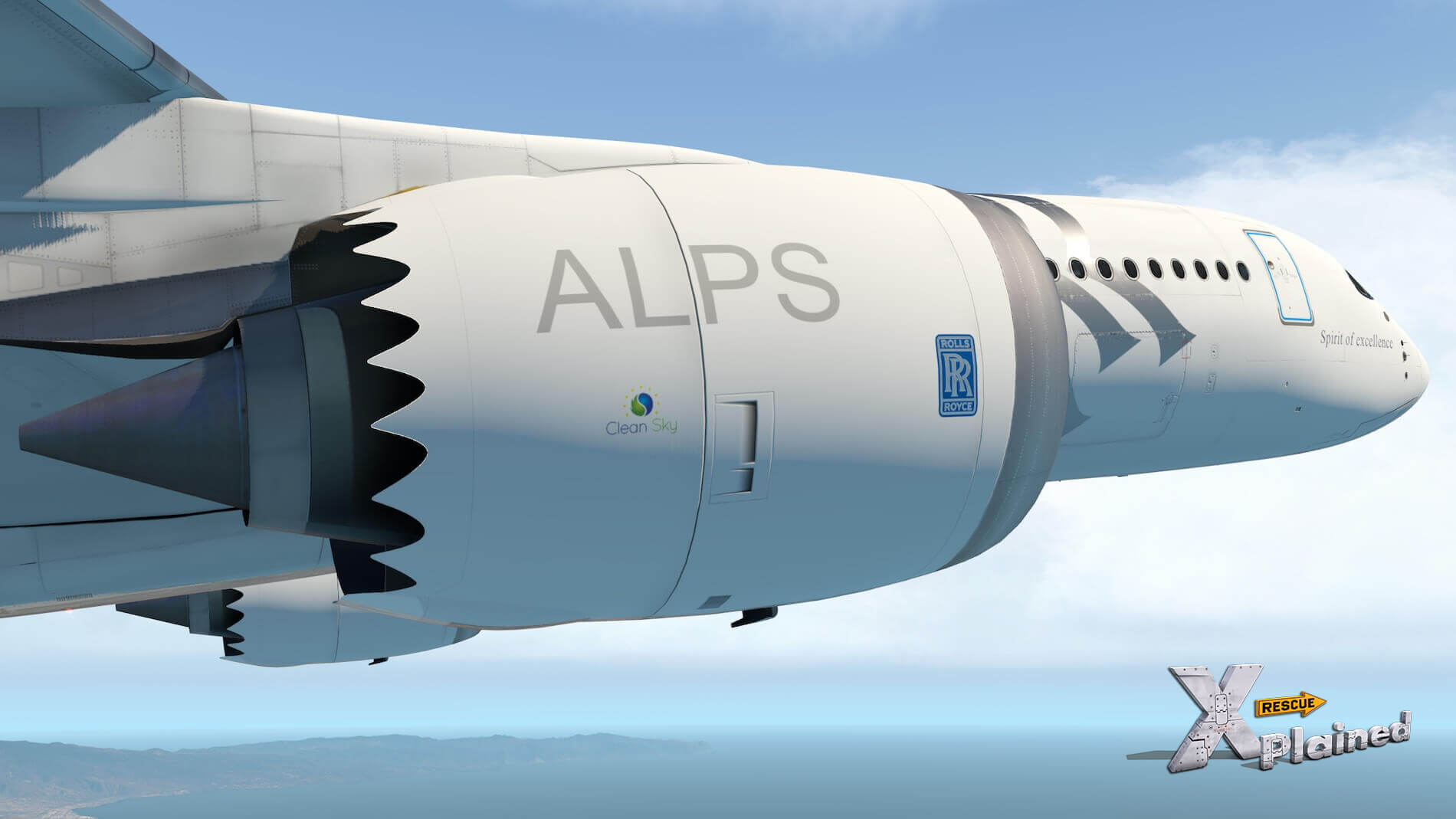 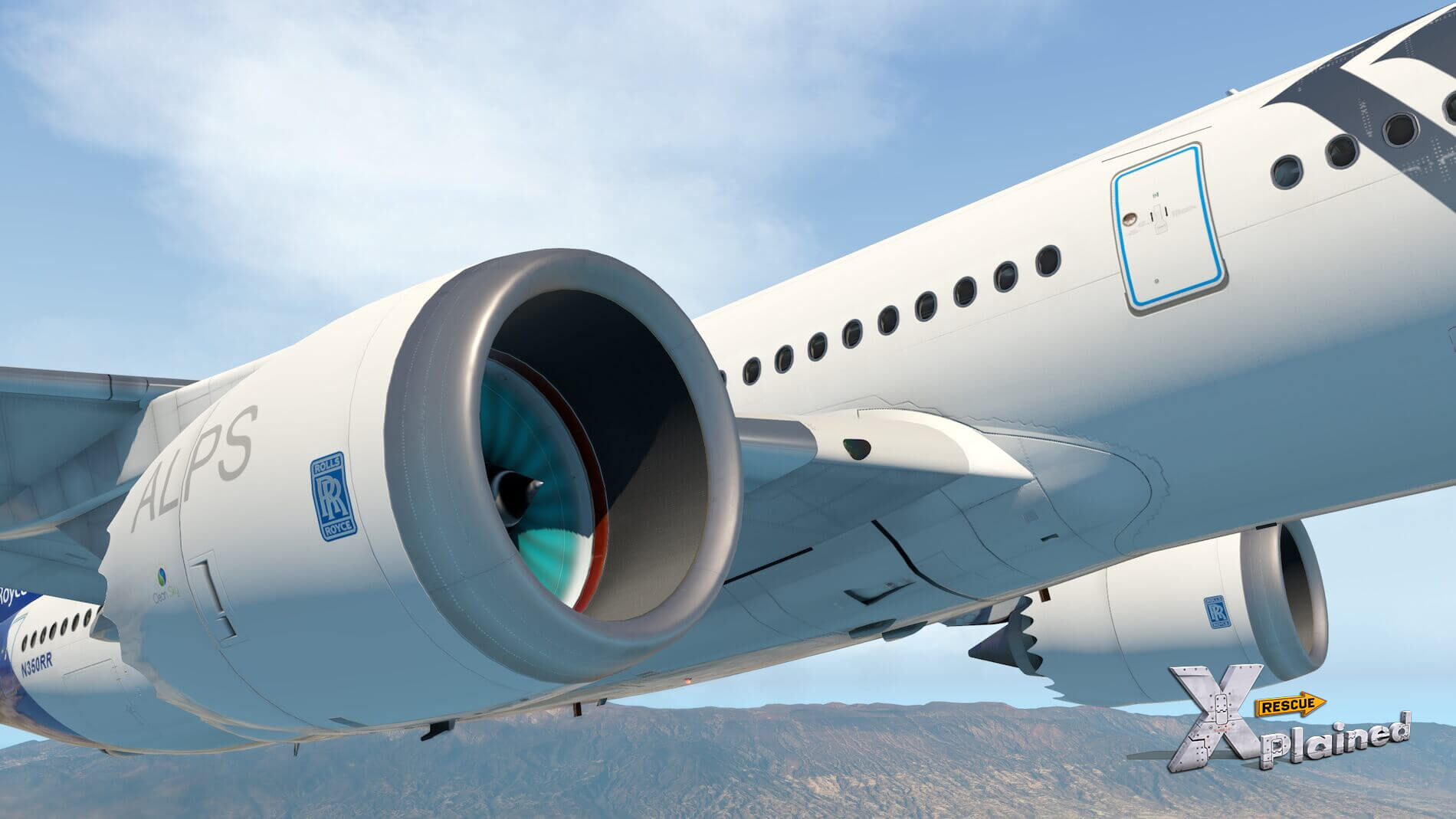 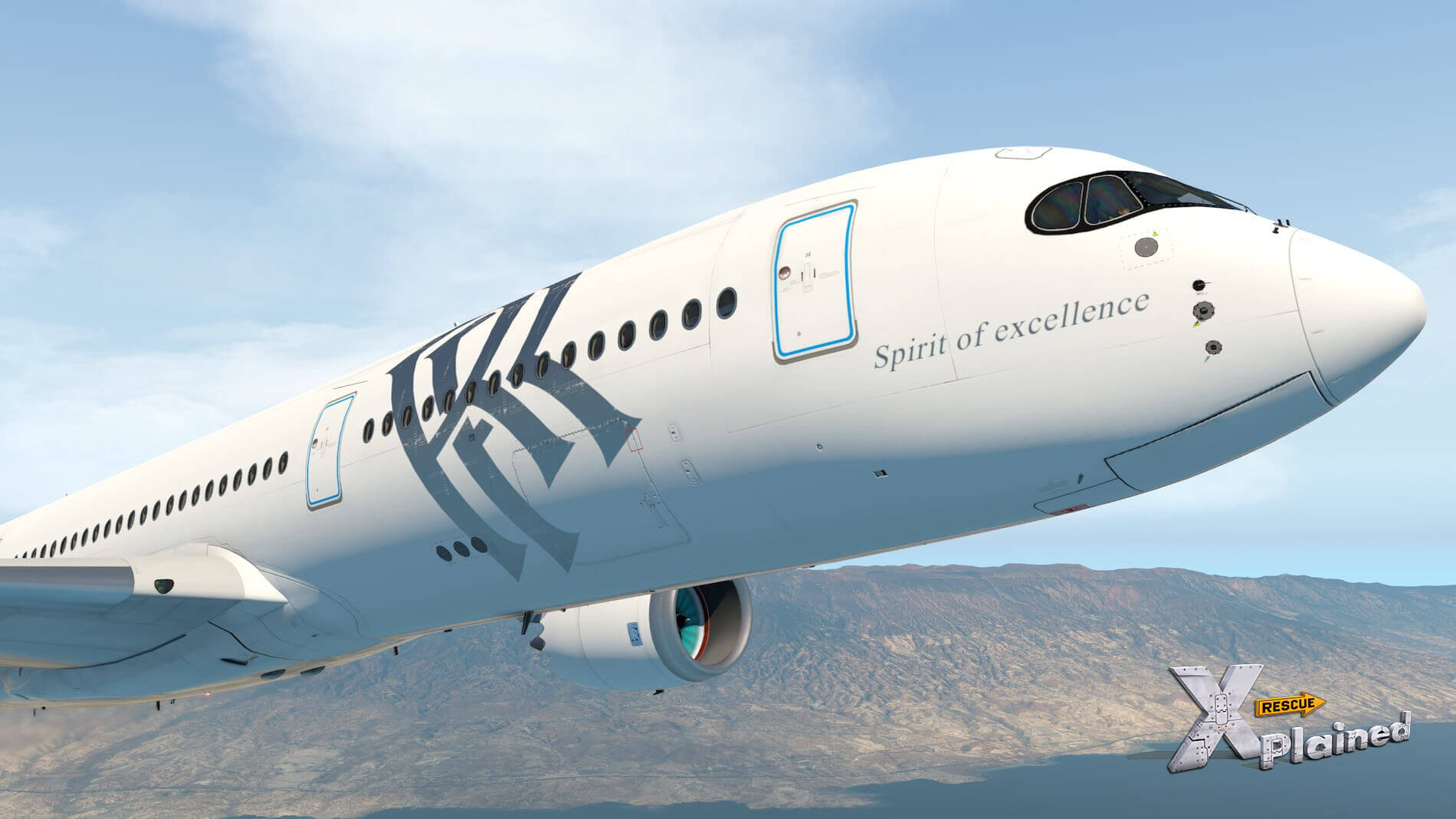 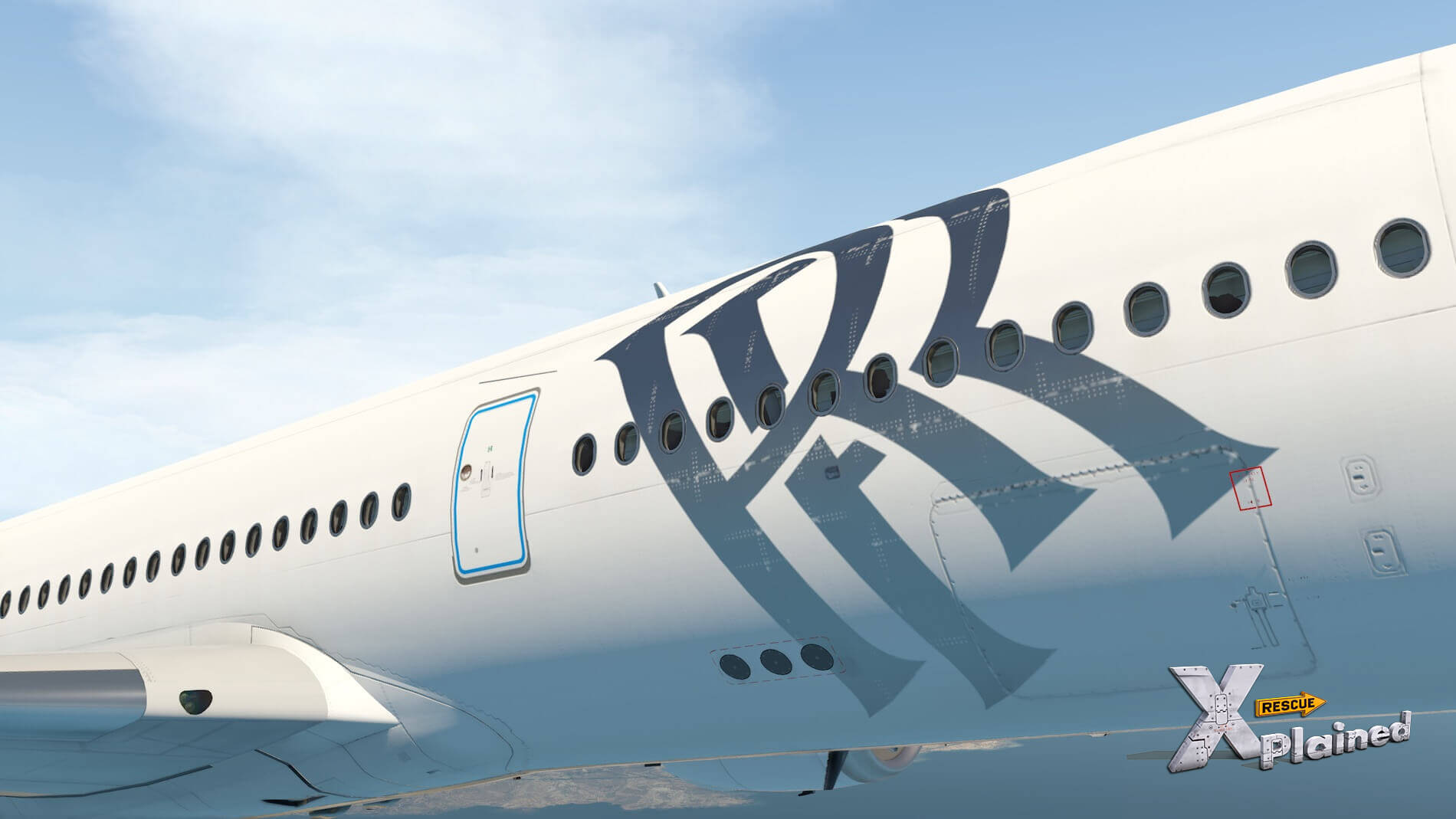 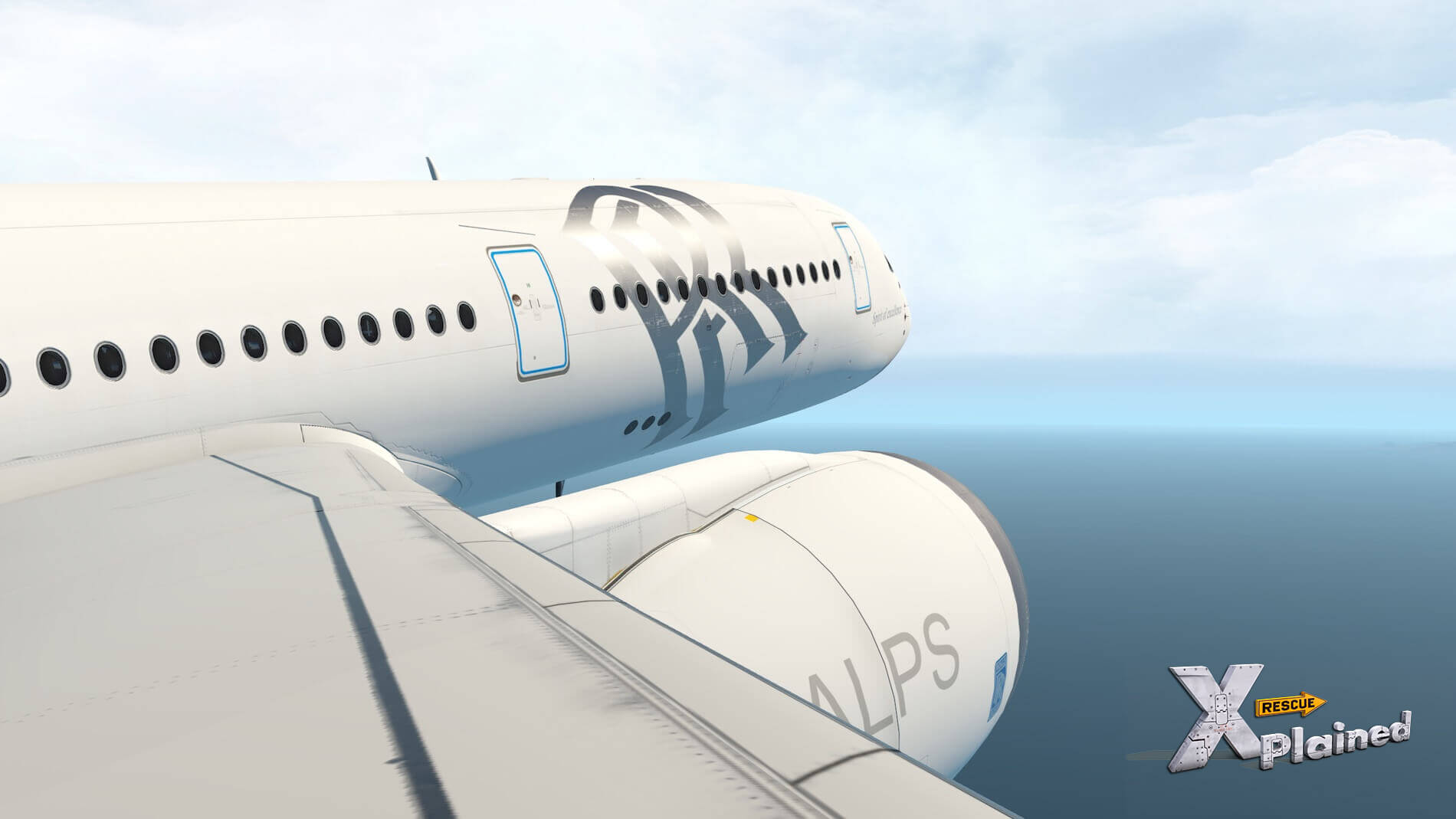 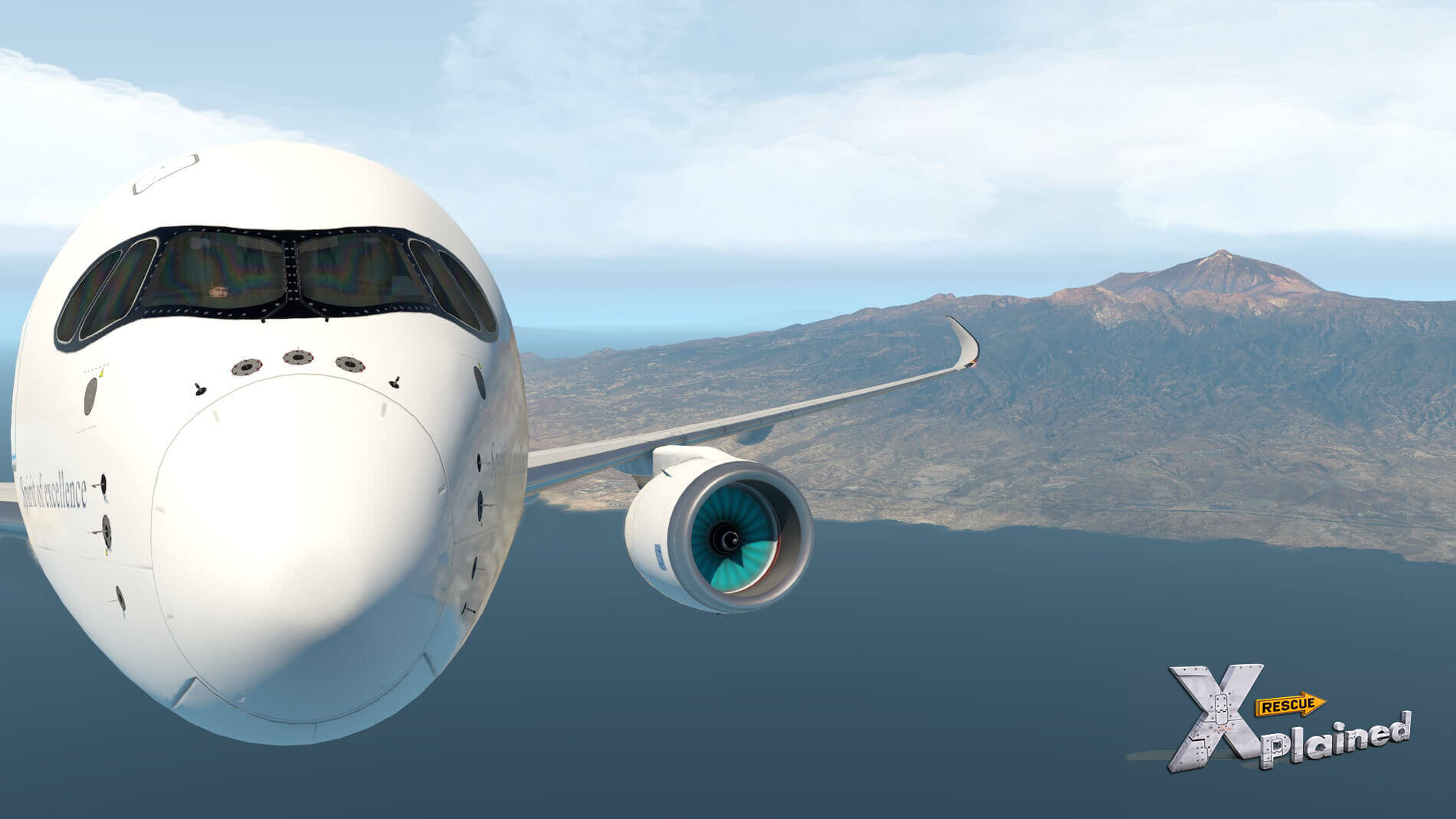 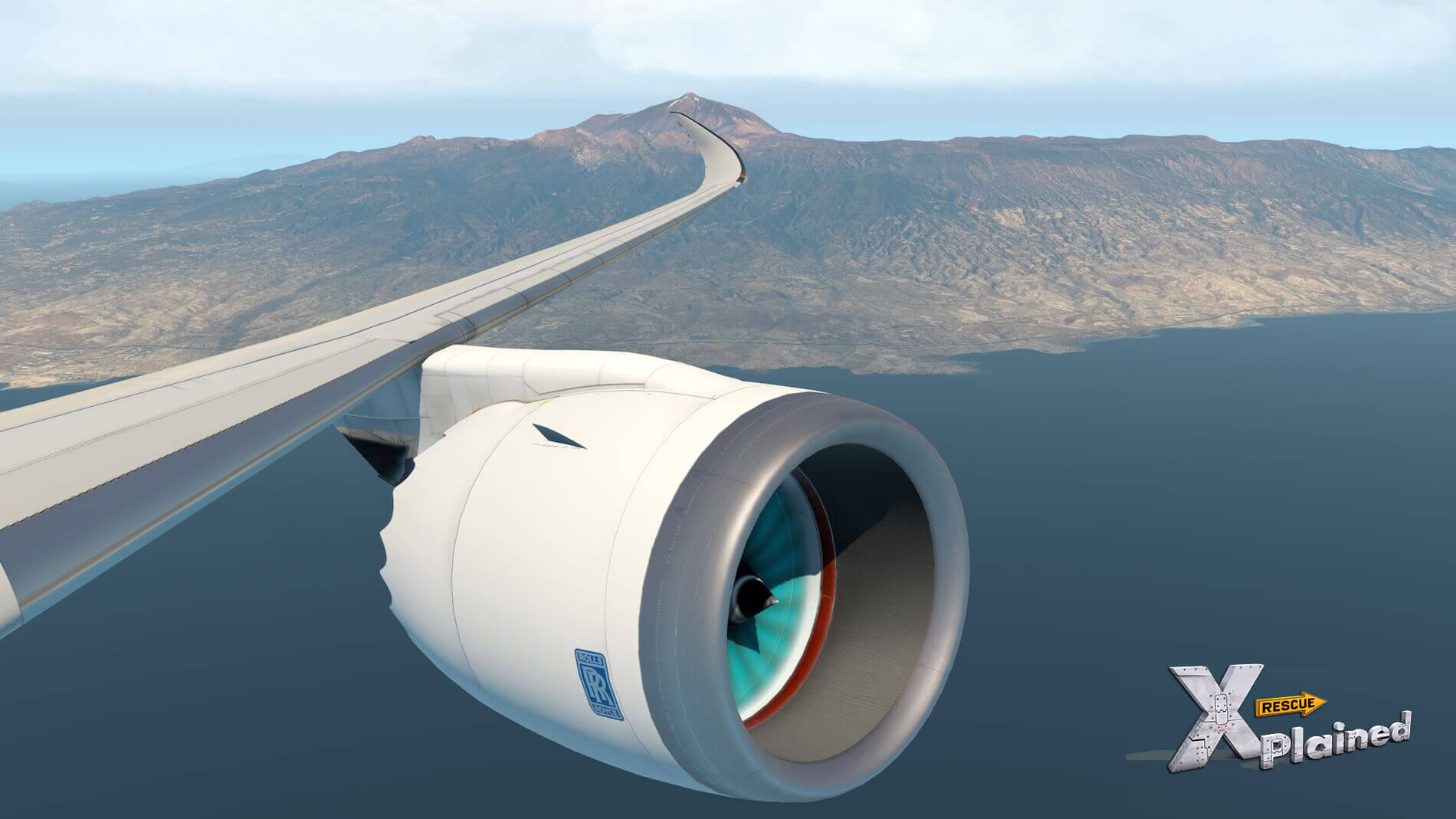 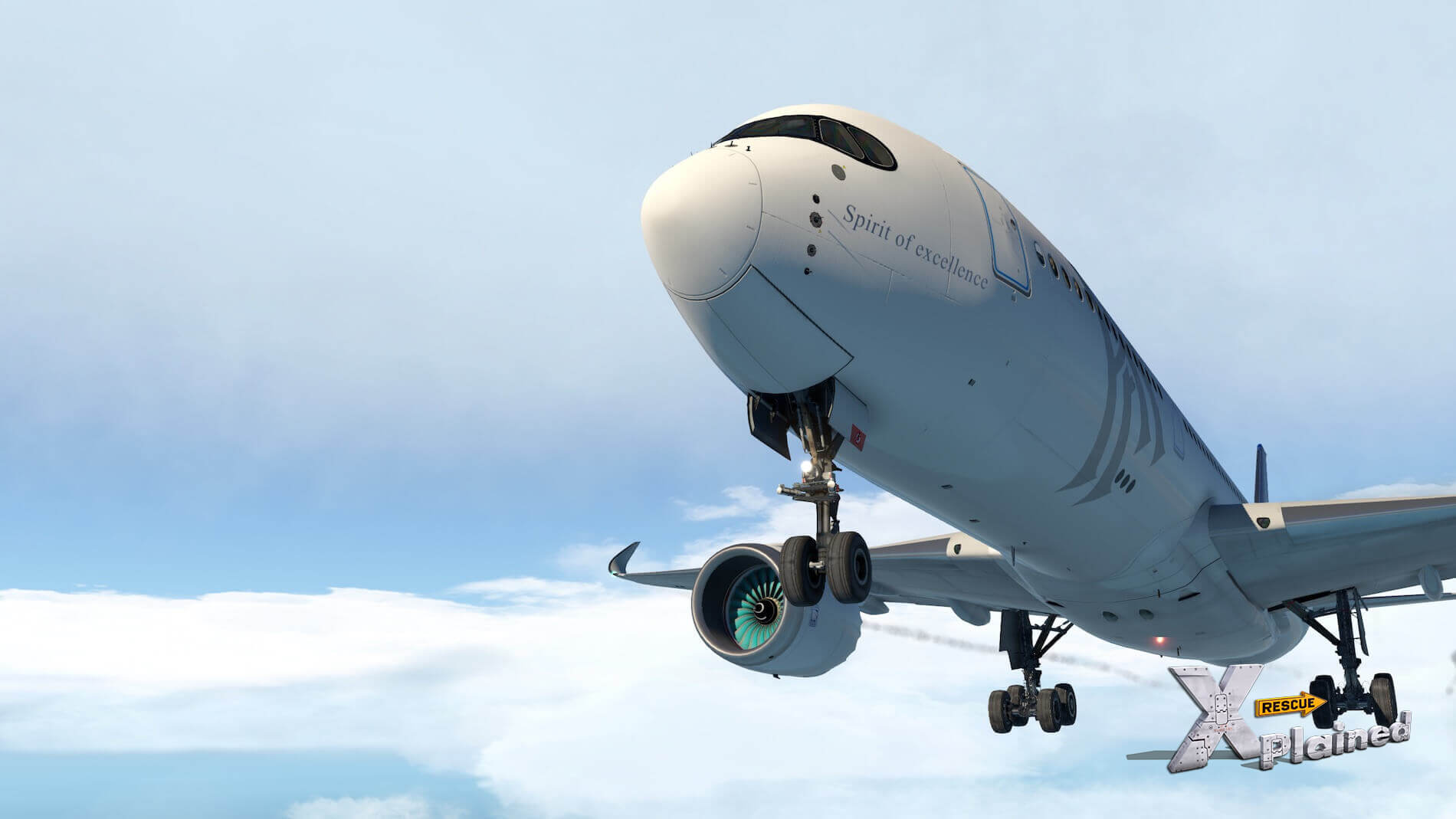 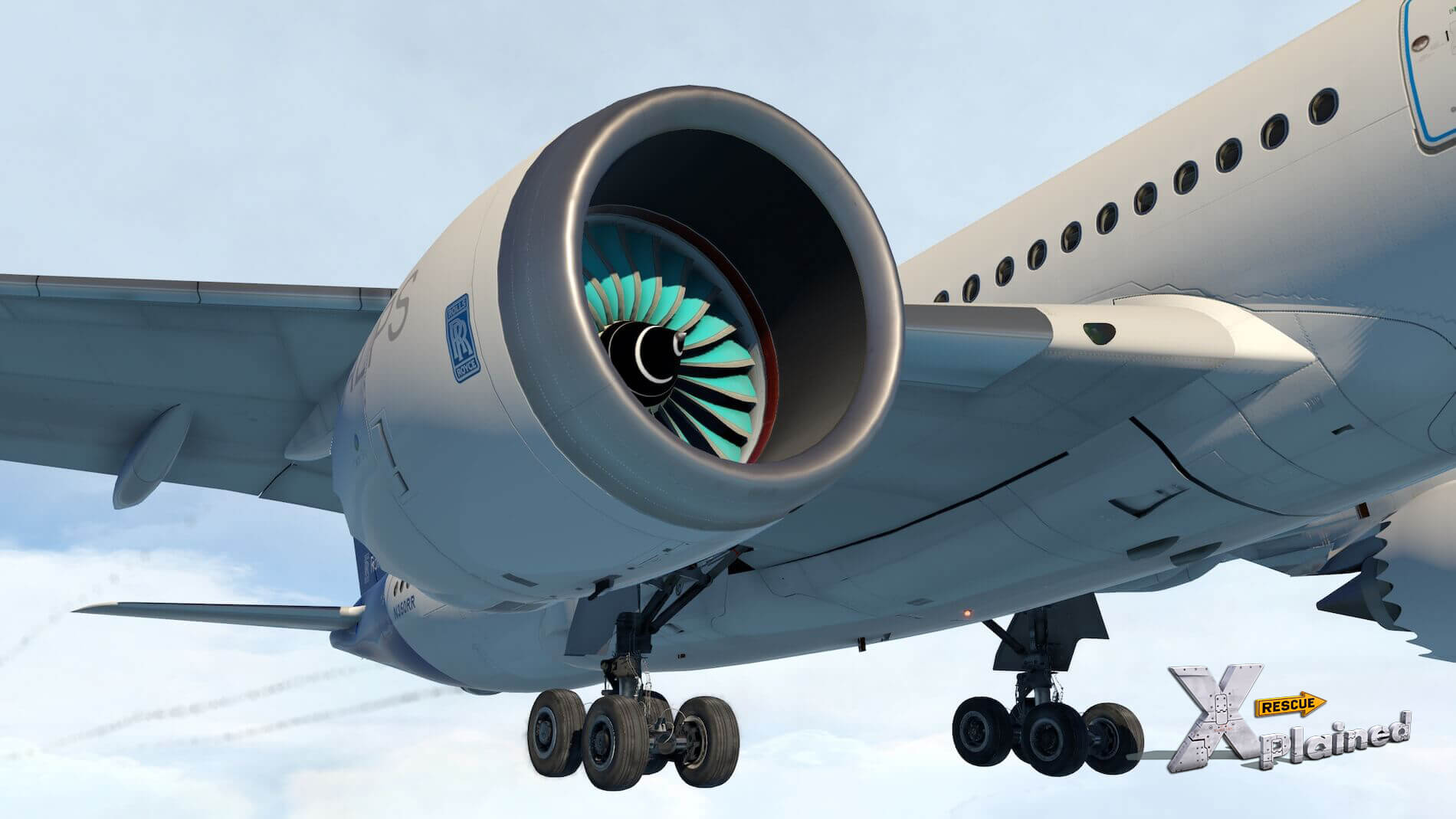 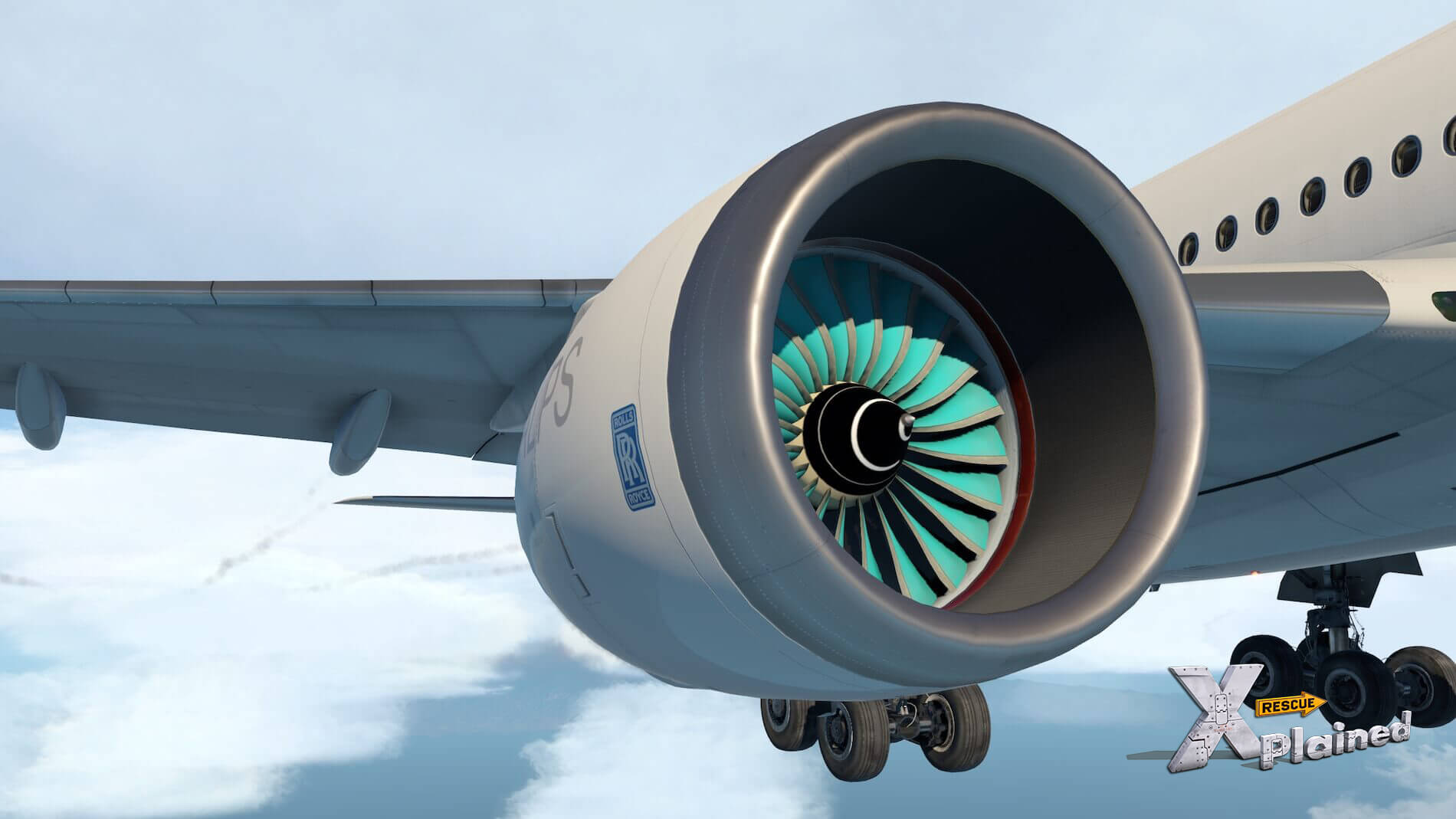 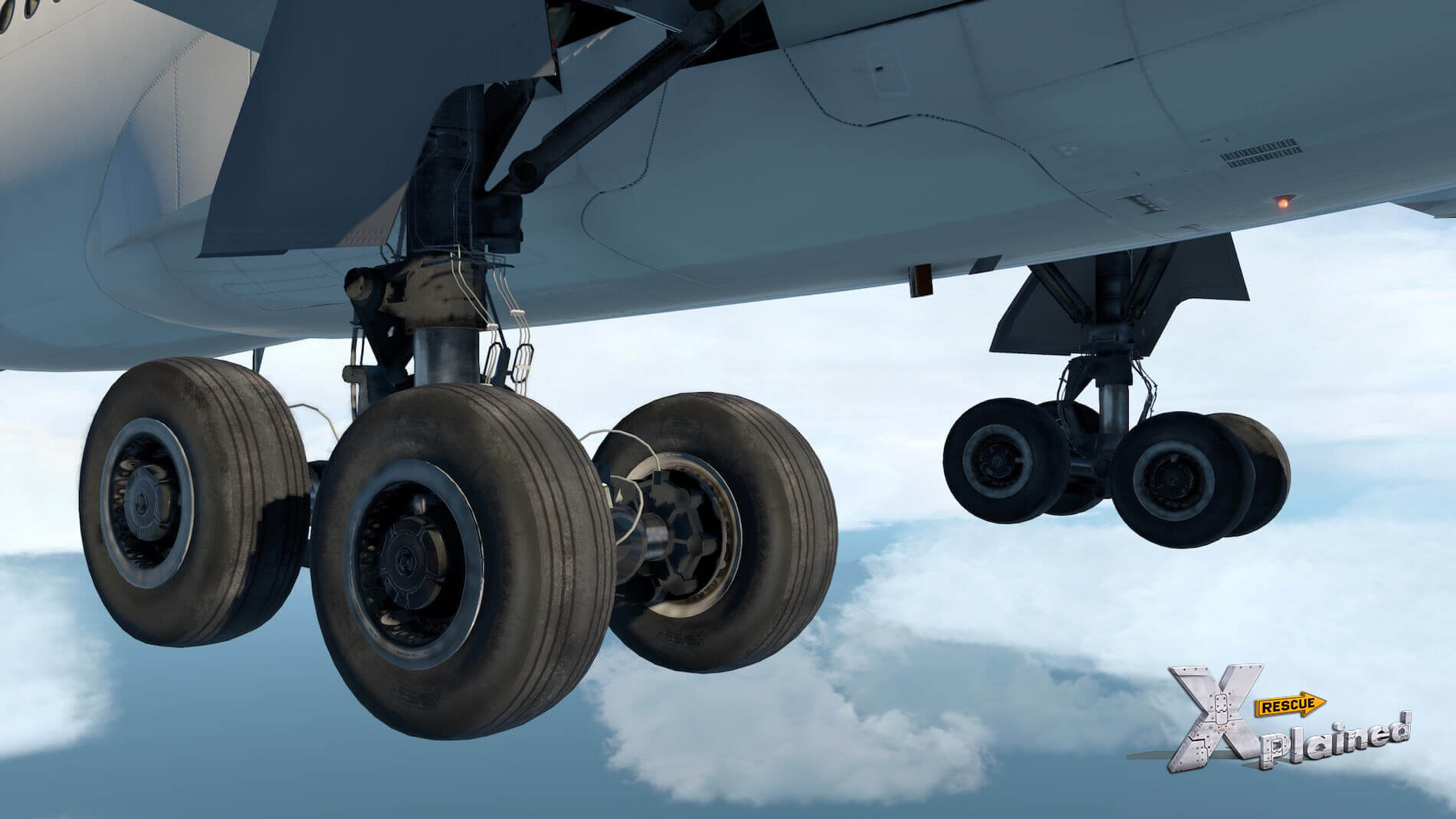 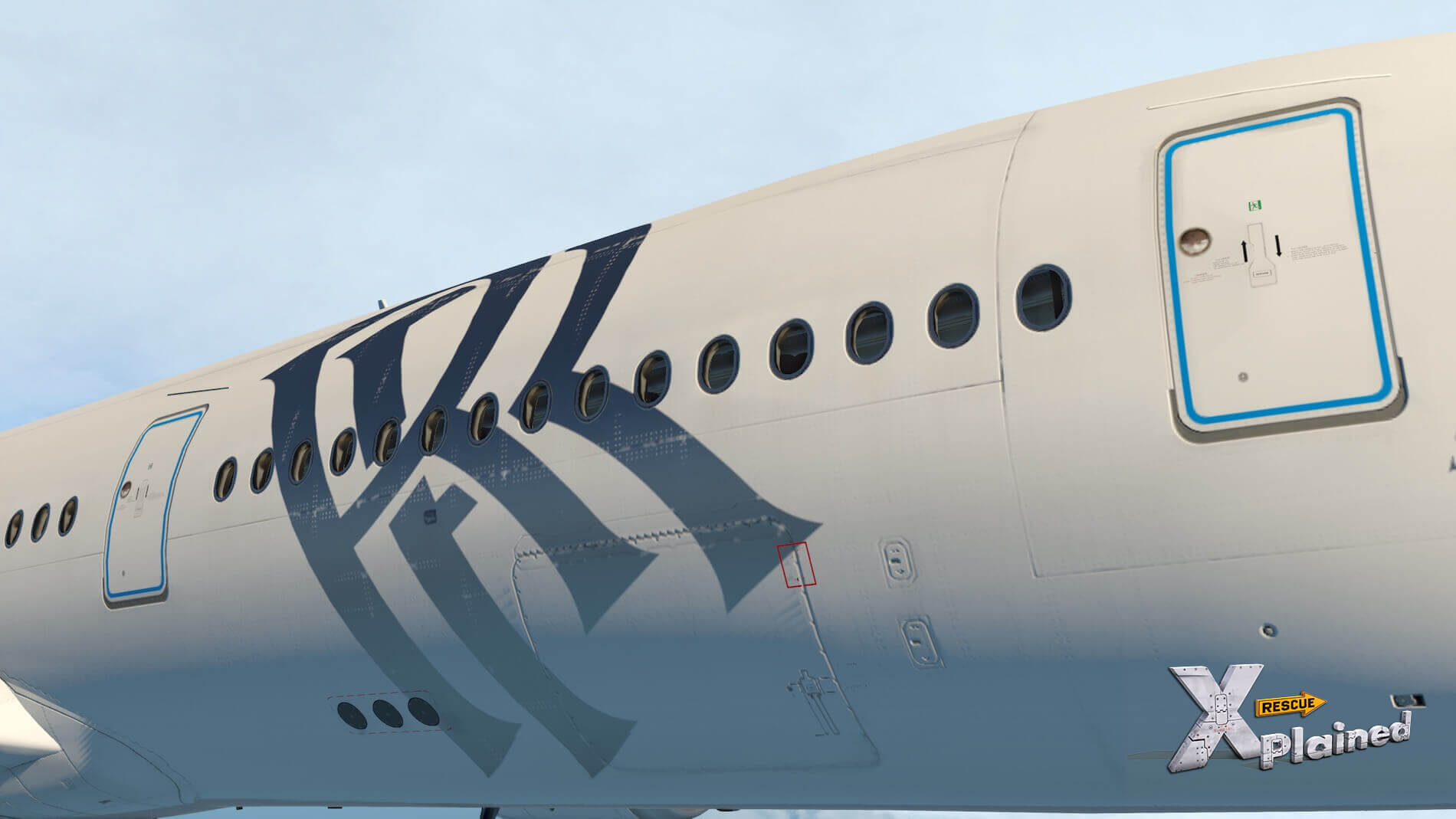 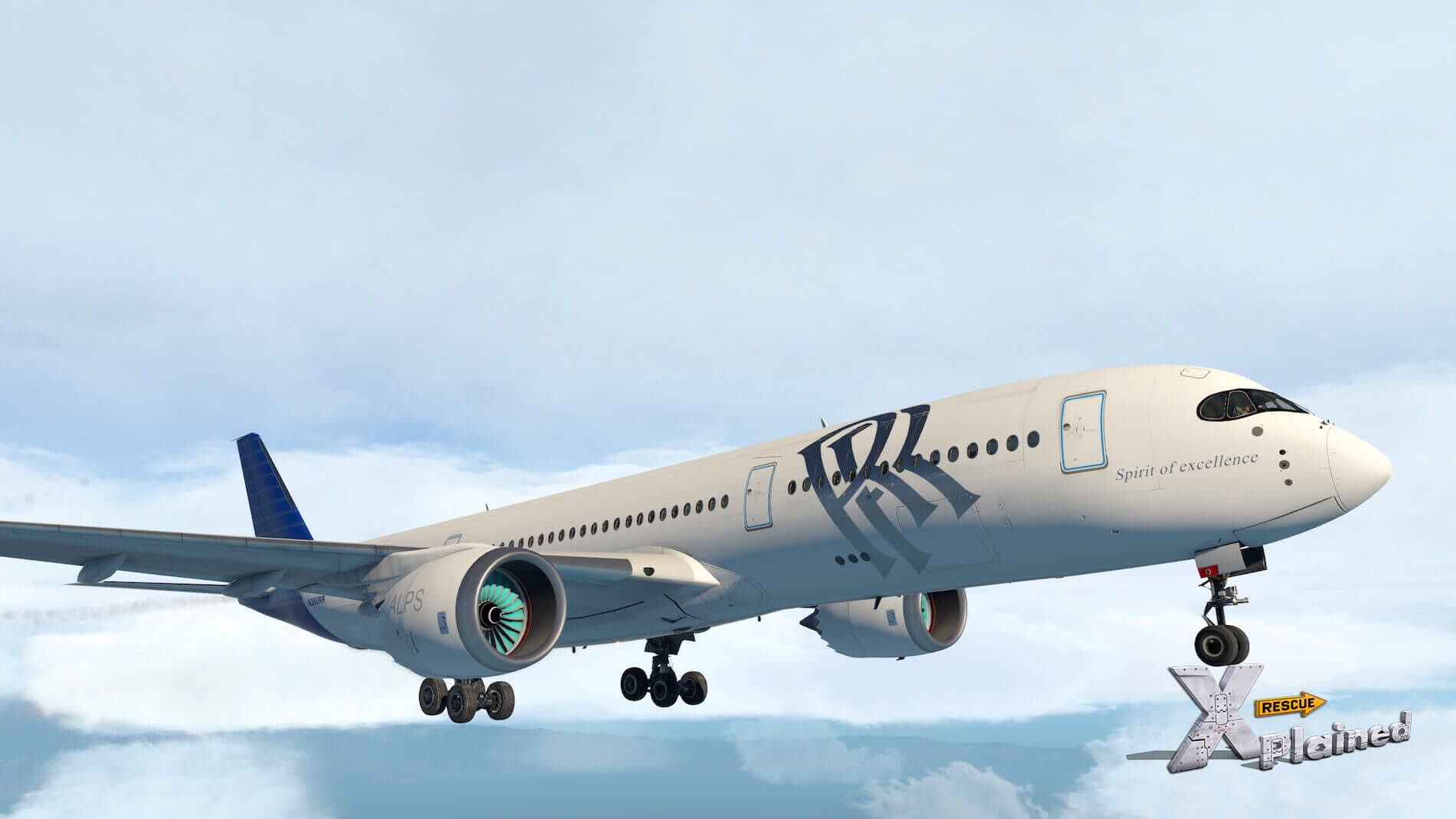 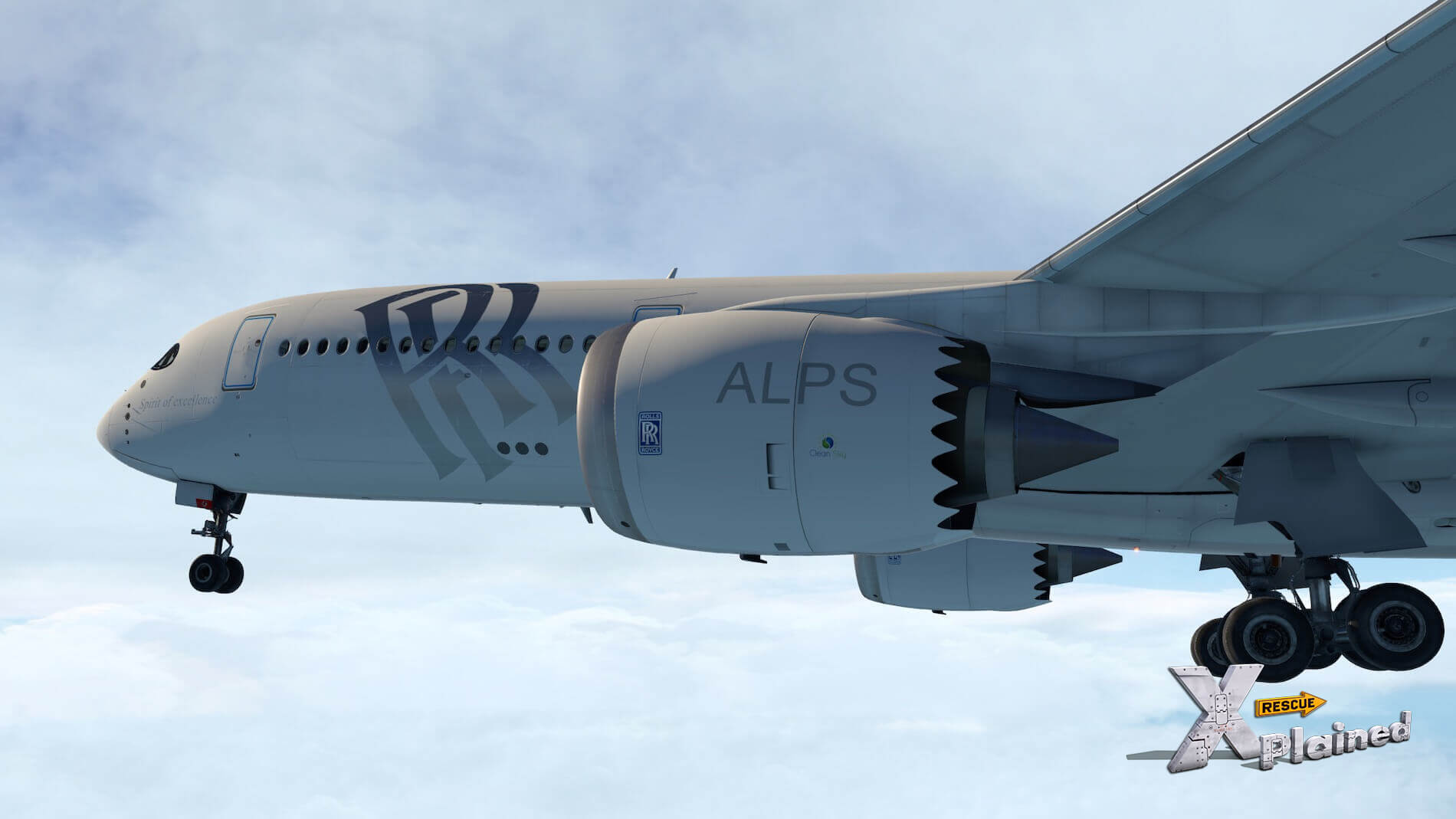