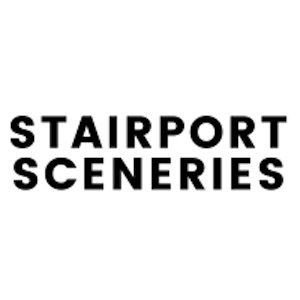 We’re more than pleased to inform you that with the approval of Marten or also known as X-Plane.Org user marten@stairport, we are able to host and promote his X-Plane 11 plugin. Oh no, not just a plugin, no, a great plugin. On May 28th the update to version 1.10 came with the following fixes, improvements and new features; added bridge facades for each jetway type and height, added 737Max configuration, added Colimata Concorde configuration, added X-Crafts ERJ Series configuration, fixed jetway solid 4.0m type 01, fixed Peter Hager A380 livery variant compatibility and fixed white shimmering on Safegate VDGS display.

Now we’re at version 2.0.1 but please note, for the moment this is only compatible with Windows and Linux only. Mac support will follow soon, but not yet any idea when.

According to Marten; SAM (Scenery Animation Manager) is a native X-Plane 11 plugin offering different possibilities to scenery authors focused on animations. A library with pre-animated objects like Jetways, VDGS, Marshaller, Hangars, Wind Turbines etc. is the starting point for developers to experiment with. You can either use these objects or create and animate your own.

The plugin is licensed under CC BY-NC-ND 4.0 which means it is free to use for all users and for all freeware sceneries. If you are a payware developer you can get a license for your project in our shop. A library with pre-animated objects like Jetways, VDGS, Marshaller, Hangars, Wind Turbines etc. is the starting point for developers to experiment with. You can either use these objects or create and animate your own. 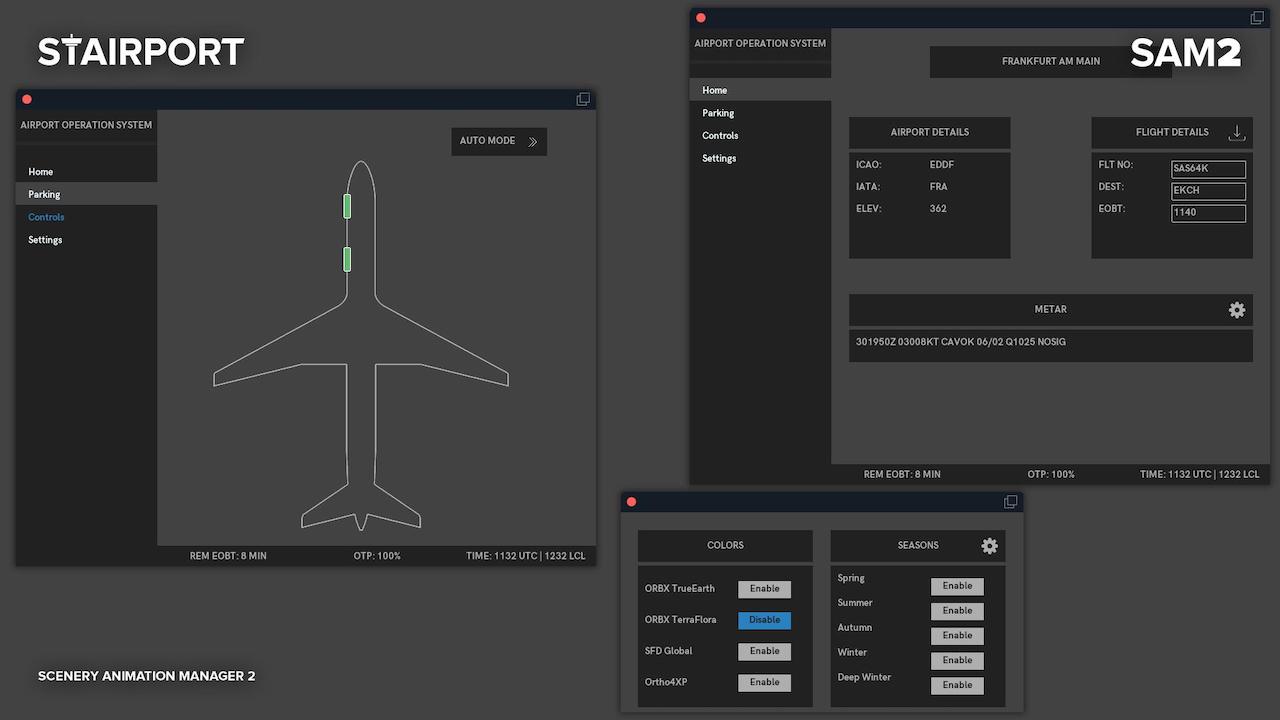 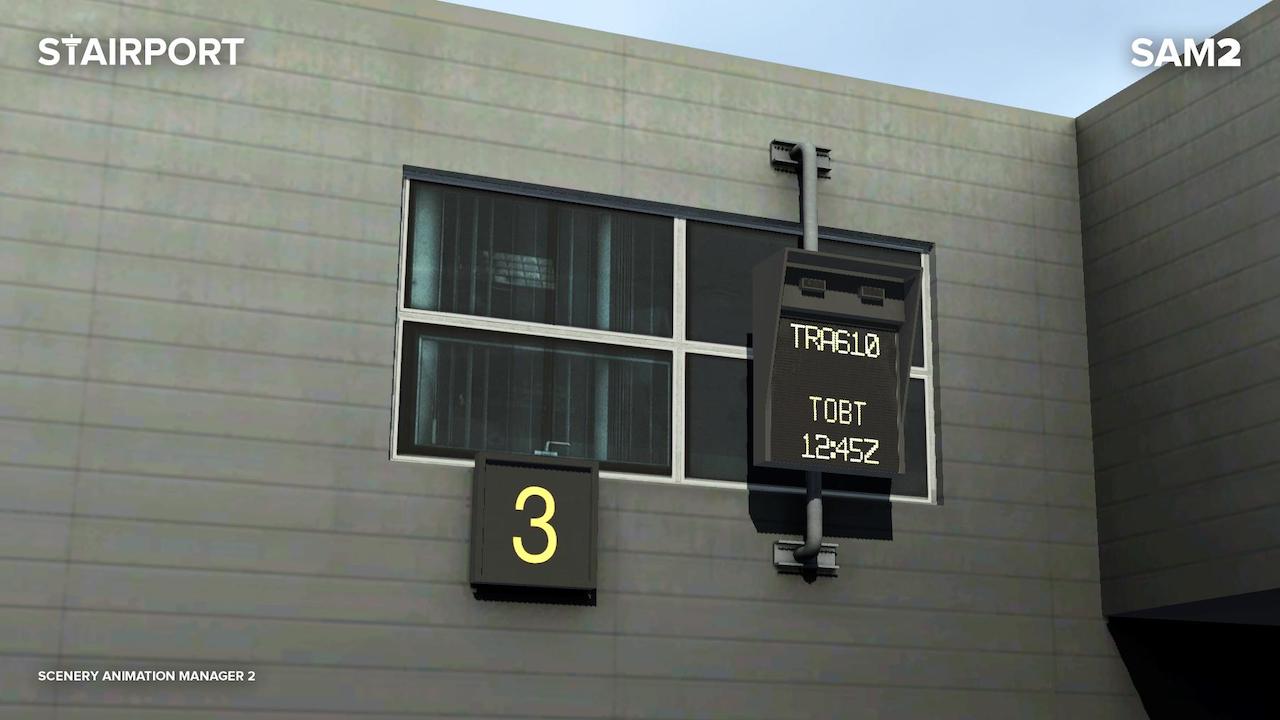 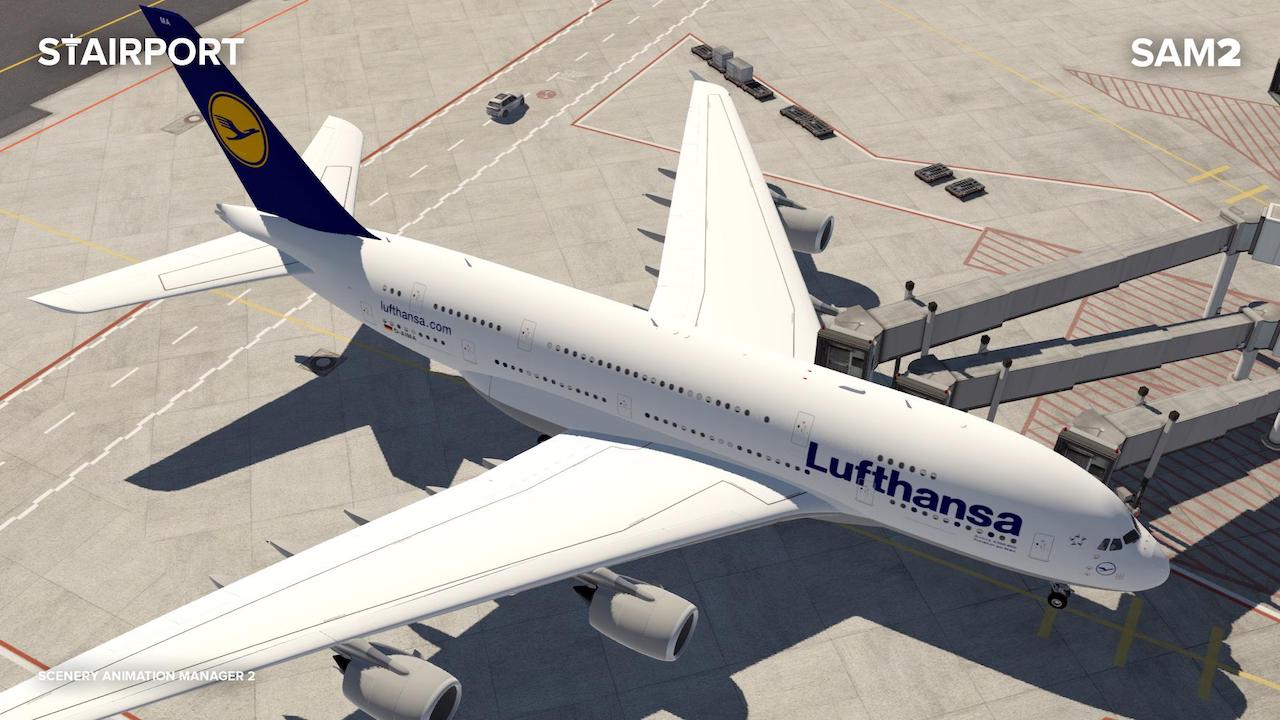 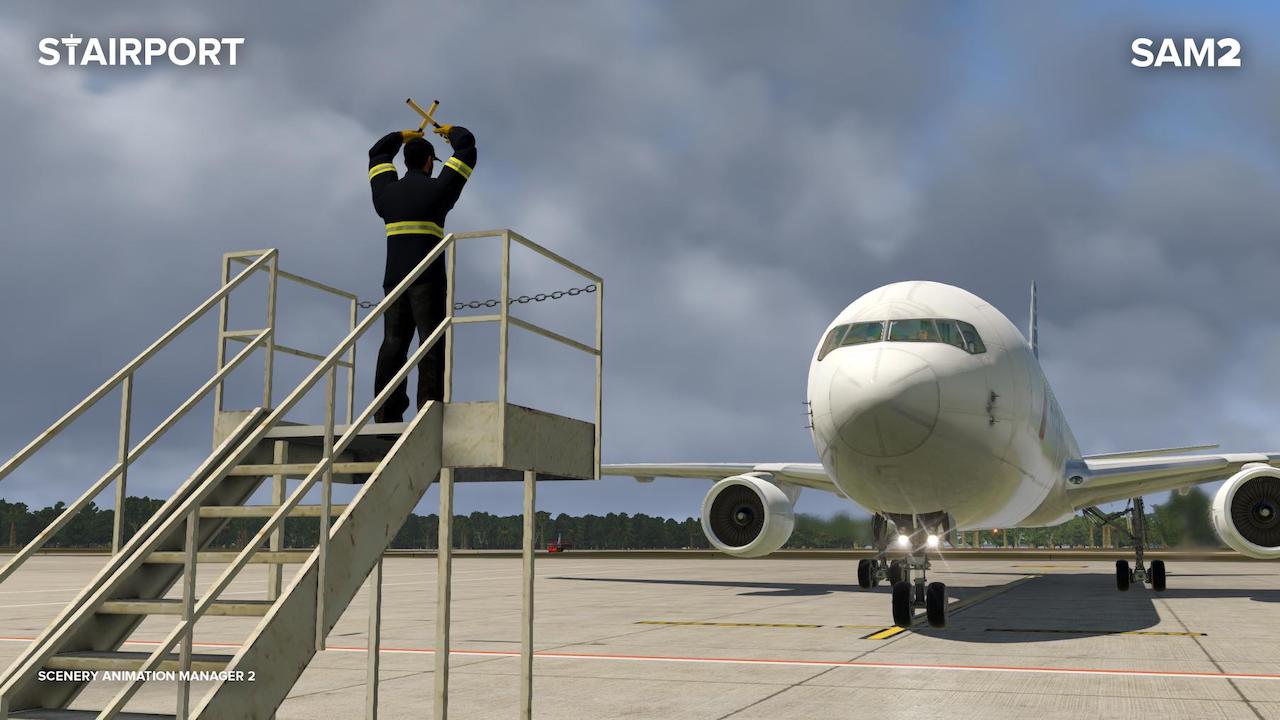