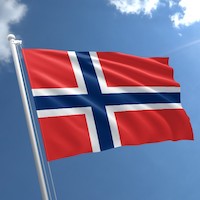 It’s still August 2019, but a couple of weeks later. Your personal reporter Angelique van Campen started besides many other X-Plained related projects, with her second Norwegian adventures. On behalf of Angelique, Orbx and Tony, we’re pleased to offer you in a series of Norwegian review articles, part II of her Norwegian exploration.

This adventure deals with the X-Plane airport products from Orbx Hamar Stafsberg (ENHA), Orsta-Volda (ENOV), the Orbx Libraries, MeshXP Norway package from Taburet and a bit of the ortho textures from ZonesPhoto.

Angelique van Campen flew from Honningsvag Valan back to ENHA and after inspecting the airport, via via to ENOV. It was another challenge since photo real textures or ortho textures not always work fine with the provided airports. Not an issue of the airports, but more a struggle of mesh issues. And since most of you own or having installed the mesh packages from AlpilotX or the mesh from Taburet Norway, it turns out that this could lead to some problems at both reviewed airports. Whatever she faces, at the end she offers you some suggestions how to handle this.