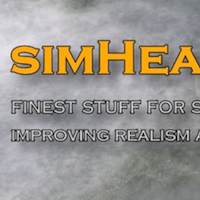 SimHeaven is pleased to inform you about the following.

Only for Europe there is a mixed version of w2xp Europe available. This is the recommended version for Europe. It is a mix between the normal and the osm version of Europe April 2016. Osm version is used in a rectangular of +45-007 (southwest of France) and +54+016 (northeast of Germany), where OSM data is pretty good. Outside of the rectangular is the normal version with smart exclusions and additional autogen objects used. This will be the future version of Europe.

More information can be found at the SimHeaven website.