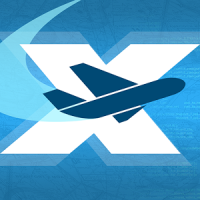 The X-Plane Mobile 10.2 for Android update is making it’s way through Google’s servers now. Be on the look out for it on your devices shortly! iOS users, your build is pending Apple release. I would expect it to be done by the weekend, week 50 2015.

This is a pretty cool update. Some of the highlights are below:
– Added Game Controller Support!
– Added support for Android TV devices…specifically the Nvidia Shield TV
– Added ‘wing-view’ as an available view now (based on numerous user requests)
– Added the Boeing 747-400 for in-app purchase (includes 3 liveries)
– Fixed difficulties using the map with the throttle
– Fixed bug preventing speedbrakes/spoilers from working properly
– Fixed bug preventing purchases from being available when offline
– Numerous other miscellaneous bug fixes

Check it out at this link.