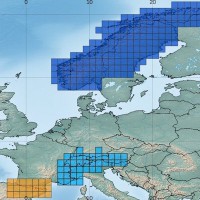 On behalf of Andras Fabian from Alpilotx.net, we’re pleased to inform you about some new HD mesh sceneriesthat has been released.

According to Andras “After the first batch of UHD Mesh Scenery tiles released in February 2015, there is now a new set of additional regions to be enjoyed. They are:
– Northern Washington state (west of the already existing Montana UHD region)
– Canadian Rockies (between 49N and 55N … from the Pacific to the plains around Calgary)
– Scandinavia (Norway, Sweden)
– Pyrenees in Europe

They are all using – just like before – 30m / 1sec resolution data (either from Viewfinderpanoramas / NED or SRTM) and much higher resolution triangle mesh to be able to use all that detailed data. One “difference” is, that the new regions are based on newer Openstreetmap data (from around end of April 2015). Important: Because of this, the \”UHD Mesh Scenery v1\” Scenery is very heavy on hardware resources and will only run smoothly on modern, higher end PCs. Its very important – before even considering a download – to have at least 16 GBytes of RAM and a modern / powerful GPU! Especially when activating the new, “extended DSF” feature in X-Pane 10.40, the RAM requirement might double!

The complete coverage can be seen here. All informations, possible updates, installation instructions, and download links can be found here (IMPORTANT: you do not need to re-donwload old UHD files, as they have not been changed / updated!). And finally, a lot of NEW screenshots can be seen here.