We’re pleased to offer you an inside view of what Marc Leydecker aka Belga12345 is creating right now. It’s a special project, it’s a top-secret project. Ok, not 100 percent top-secret else I wouldn’t inform you about it. This is NWS Yorktown. This is where navy ships load and unload weapons. By the way, NWS stands for Naval Weapons Station thus indeed the place where ships load or unload their weapons.

Marc is known of his hi quality Virginia airports. All his recent airports have own created SketchUp objects, ranging from authentic buildings, hangars, trucks, buses, containers, pallets, flowers, trees, and so much more.

So why an NWS?
The biggest Naval Base in the world is Norfolk Virginia, but Norfolk is also an extremely dense populated area. So it makes sense that ships do not carry their weapons load while in port. 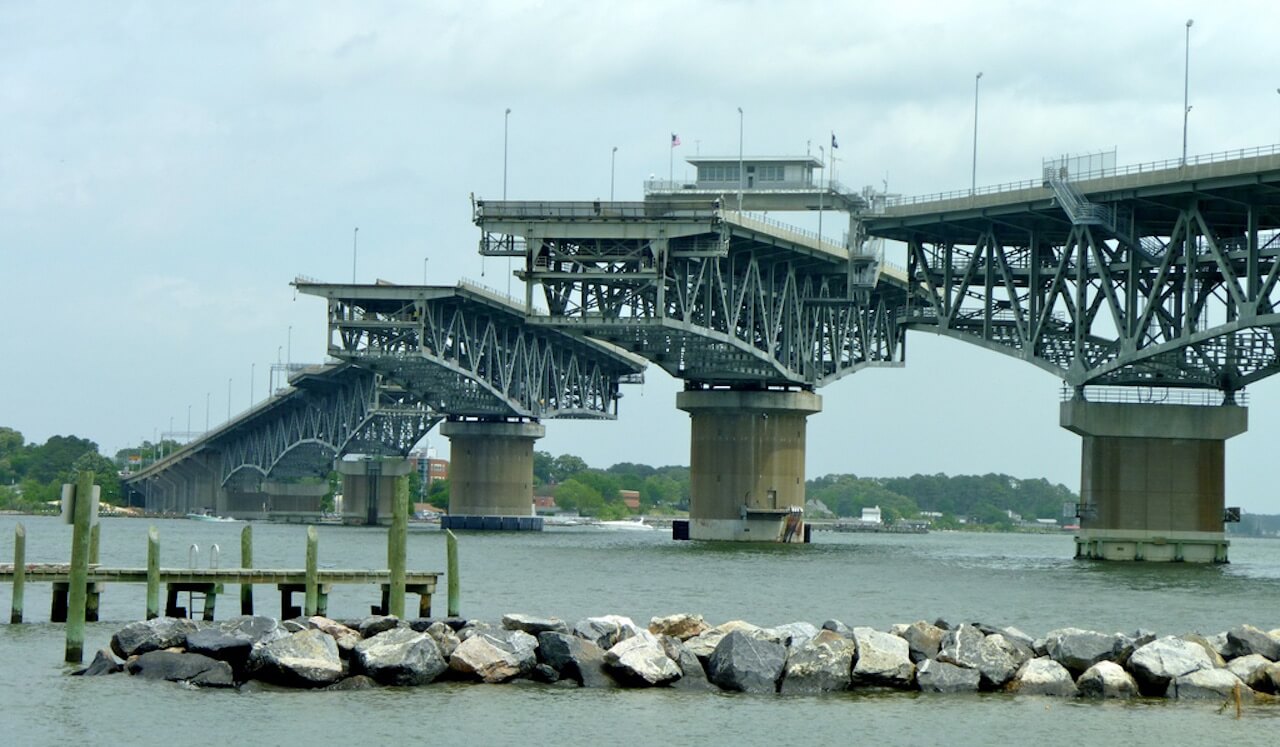 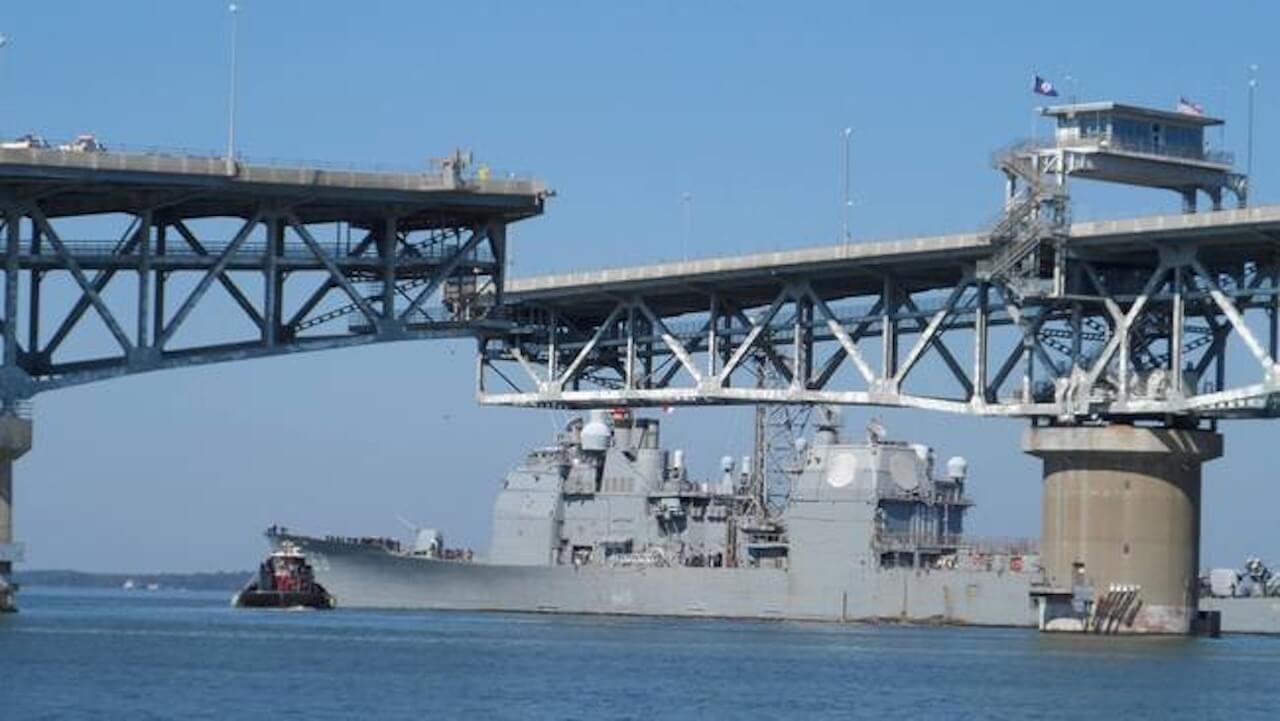 Marc explains “When you start at “Yorktown Pier” (this is the name that will show up in the airport list), you will more than likely end up in the water. The “pier” is classified as a sealane. Just select Yorktown Pier and you’ll have the choice of Pier West or Pier East. That will put your Cessna on top of the pier!

Can we fly under a bridge, or/and can we land on a pier?
The Coleman Bridge (largest double opening swingspan bridge in the world) is an important VFR reference. Don’t forget, aircraft carriers have to pass through it. even a massive warship, looks like a dwarf compared to that bridge. 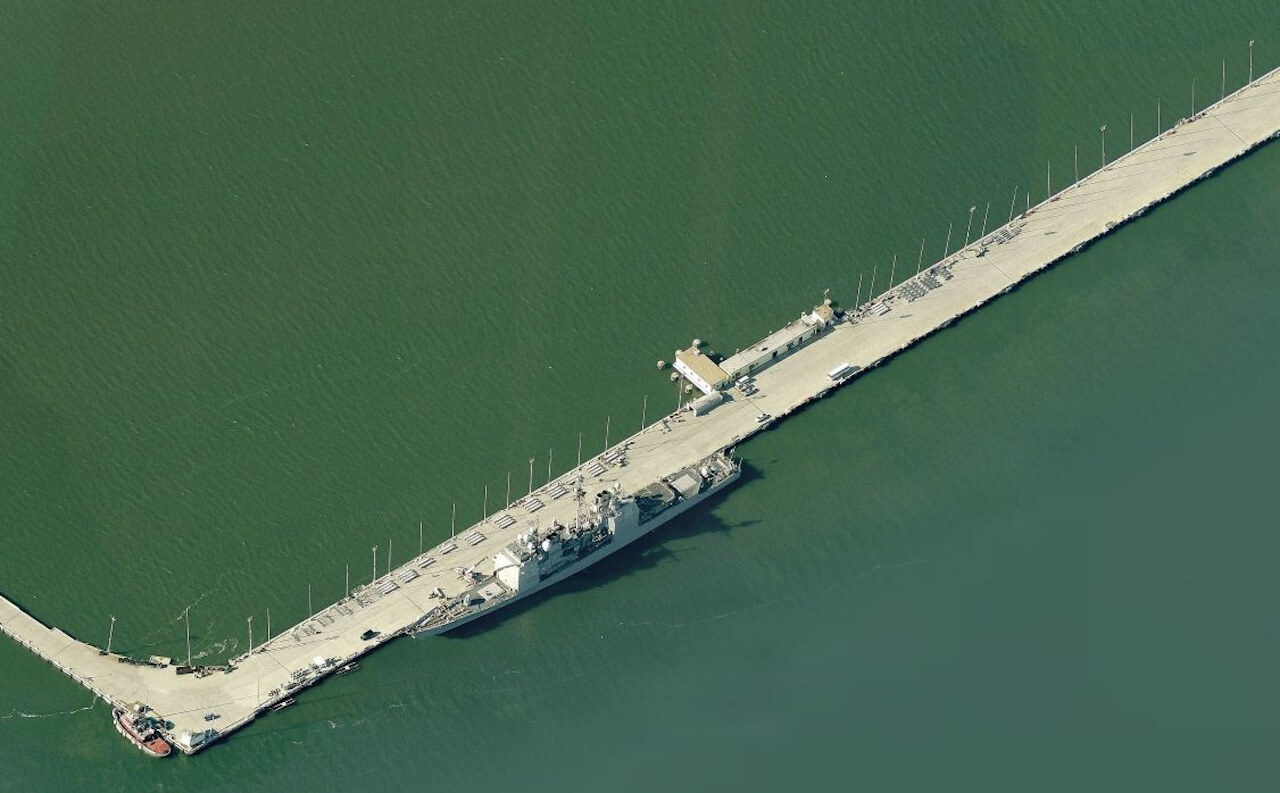 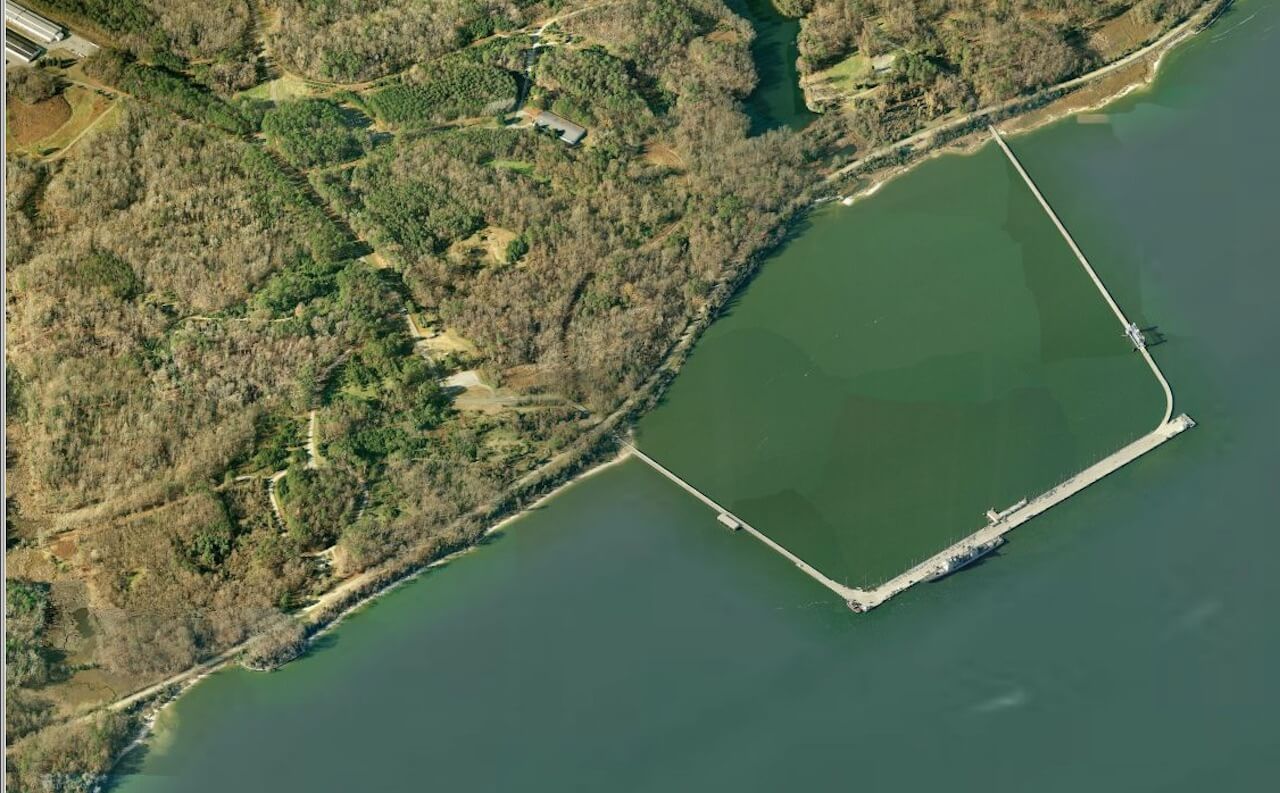 That whole pier with the access roads, the buildings and the drawbridge is one single humongous object. We all like the utmost realistic scenery possible, right? But there are times we want to go off! Furthermore, there is lots and lots of water in this area, but nowhere to moor your seaplane. And, almost forgotten …. the drawbridge is controlled with your flaps! The bright lights of the humongous NWS-Yorktown pier can be seen from miles away

What will be modeled?
– The fully functioning Coleman Bridge
– The NWS Yorktown Pier with animated drawbridge
– The Cheatham Annex Naval Pier

As we all know, in xPlane we can fly through buildings. That would make barnstorming under a bridge boring. The goal is to make that bridge “collision aware”. On other words, so many challenges to face, but we’ll see what’s possible.

For now, enjoy these Work In Progress NWS Yorktown screenshots. 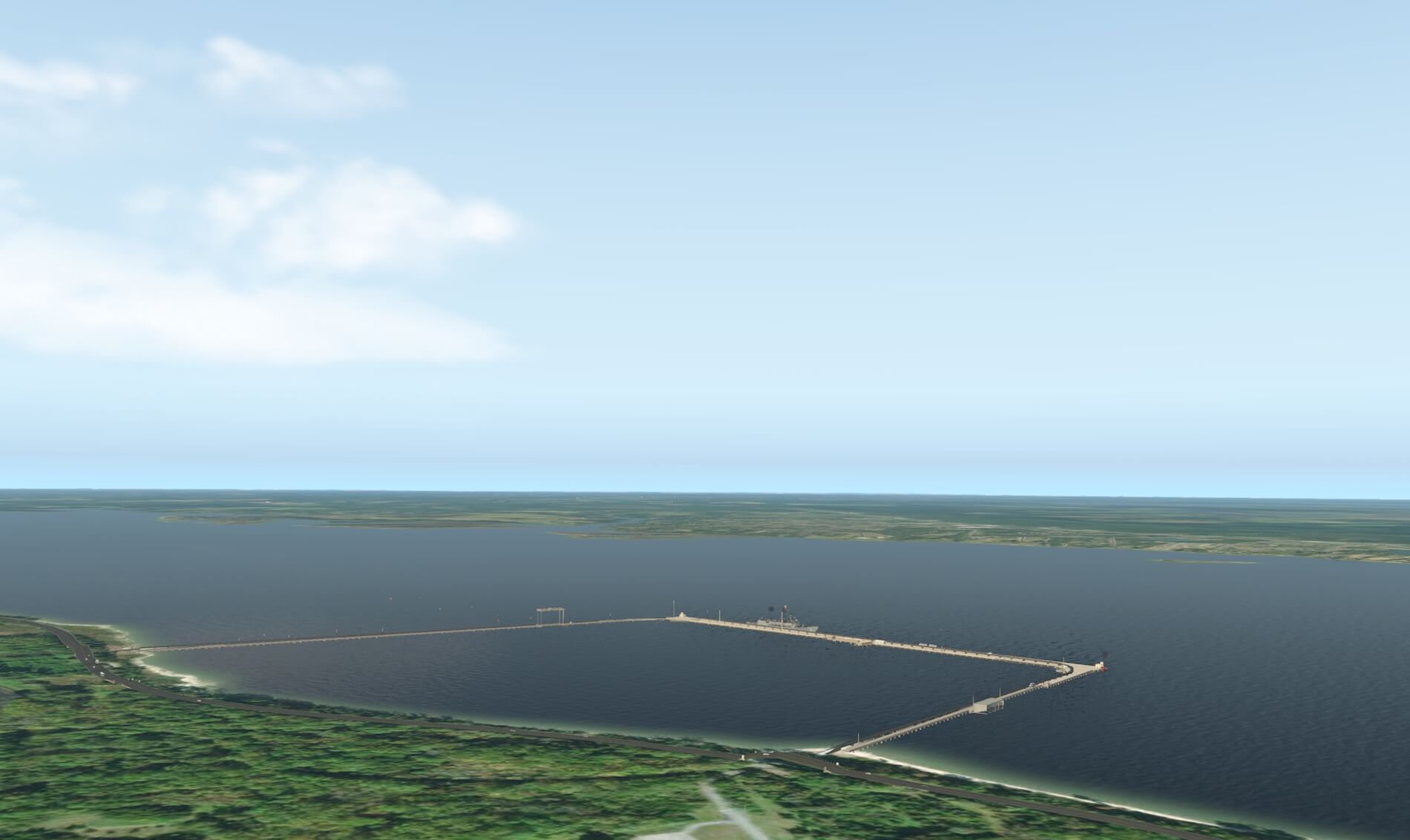 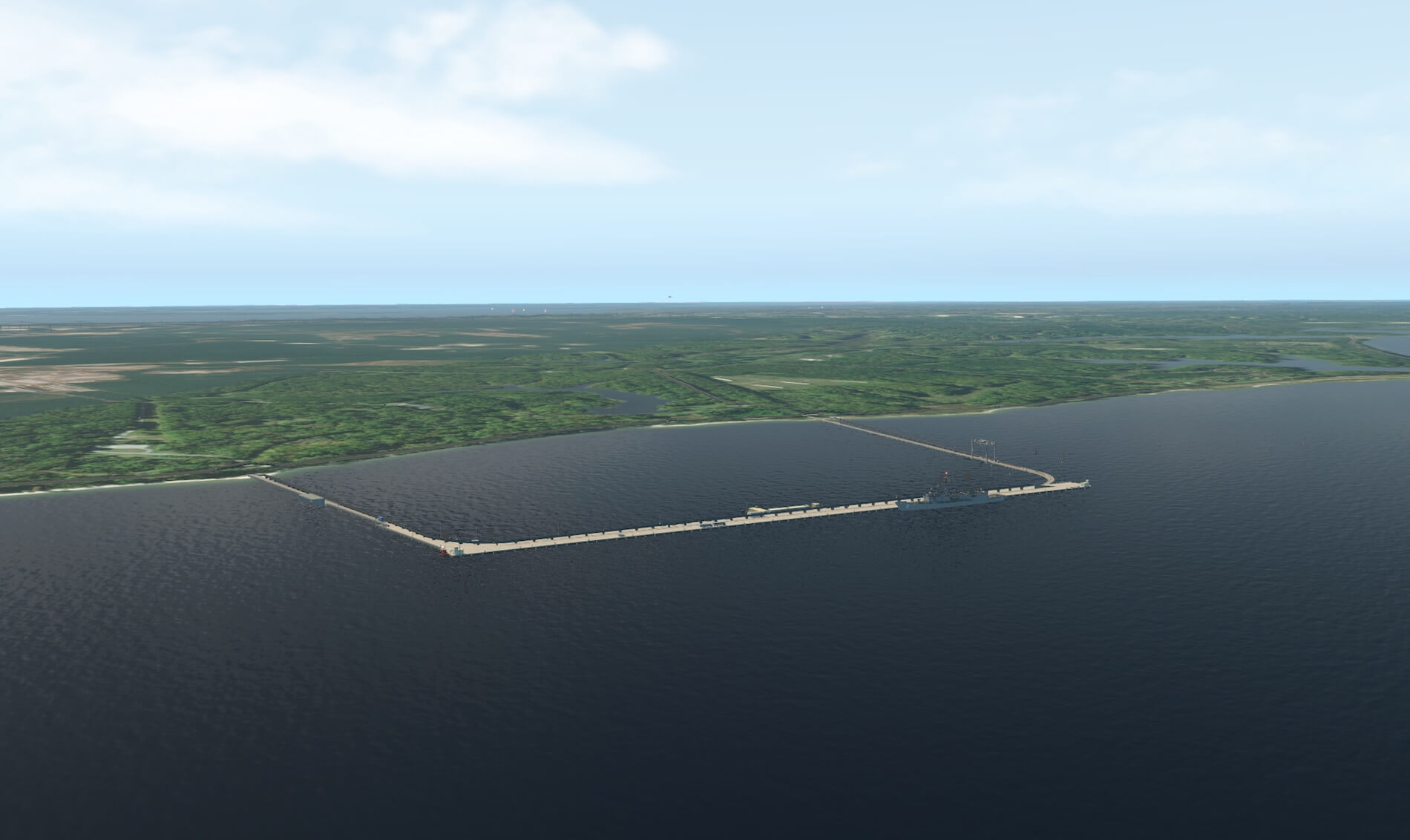 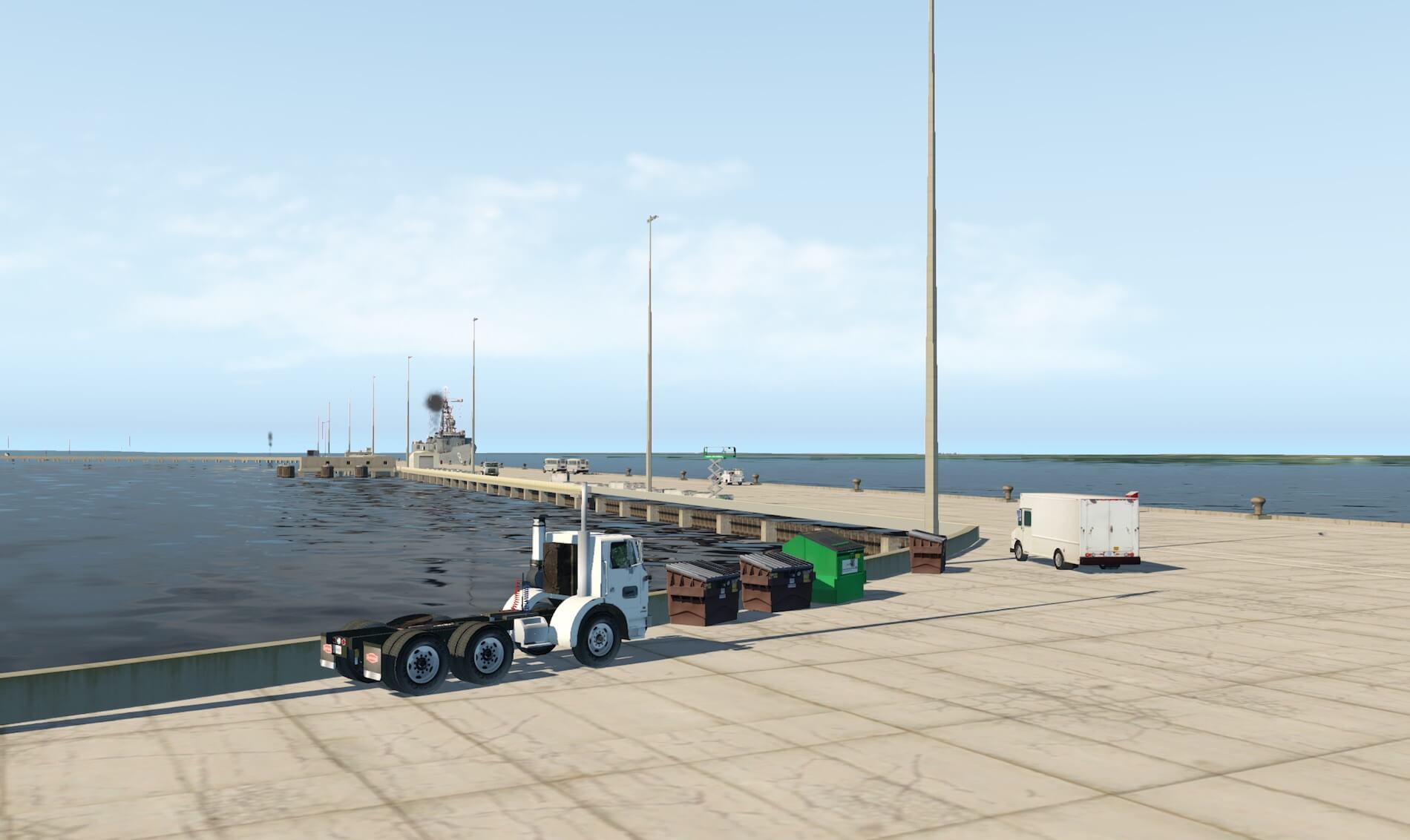 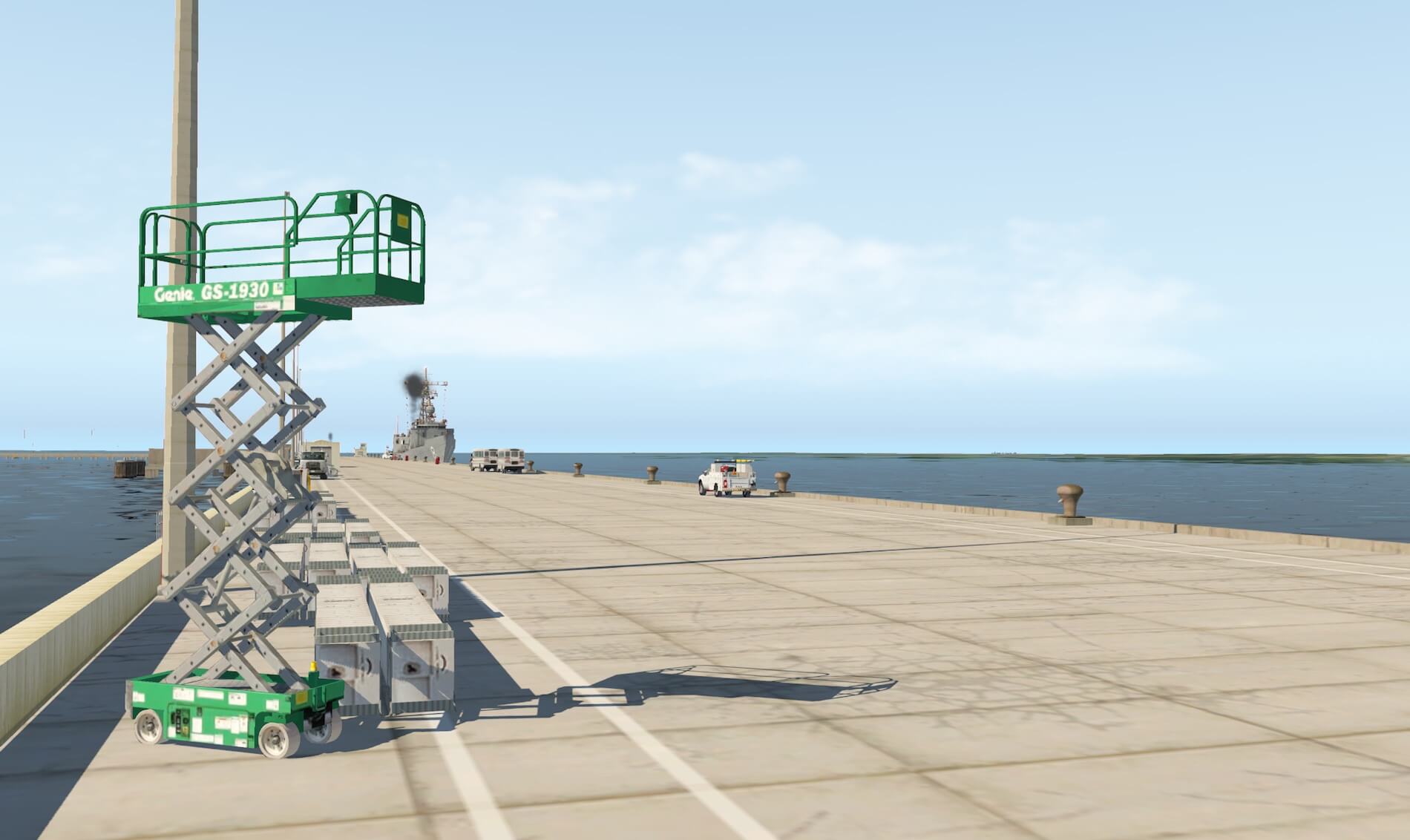 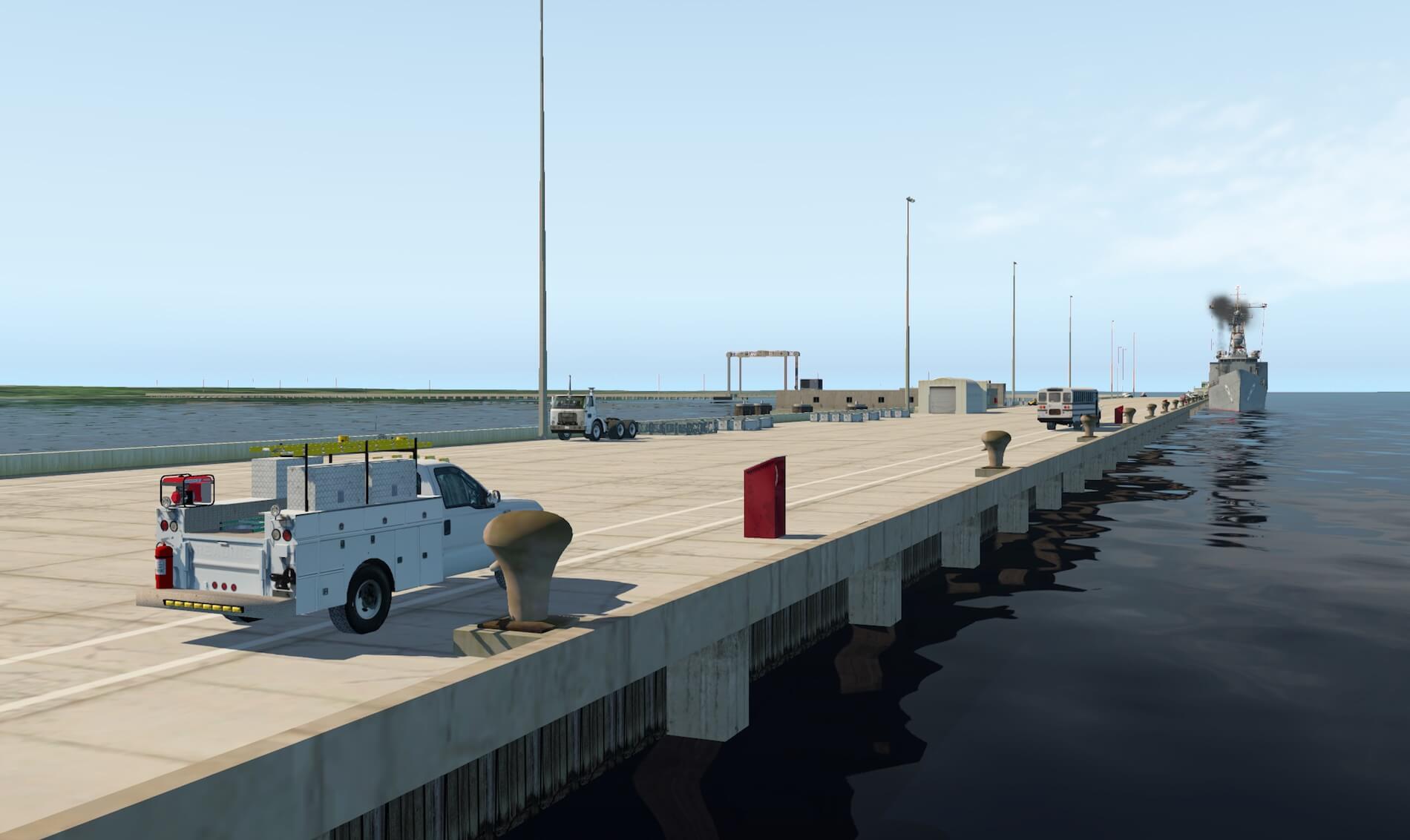 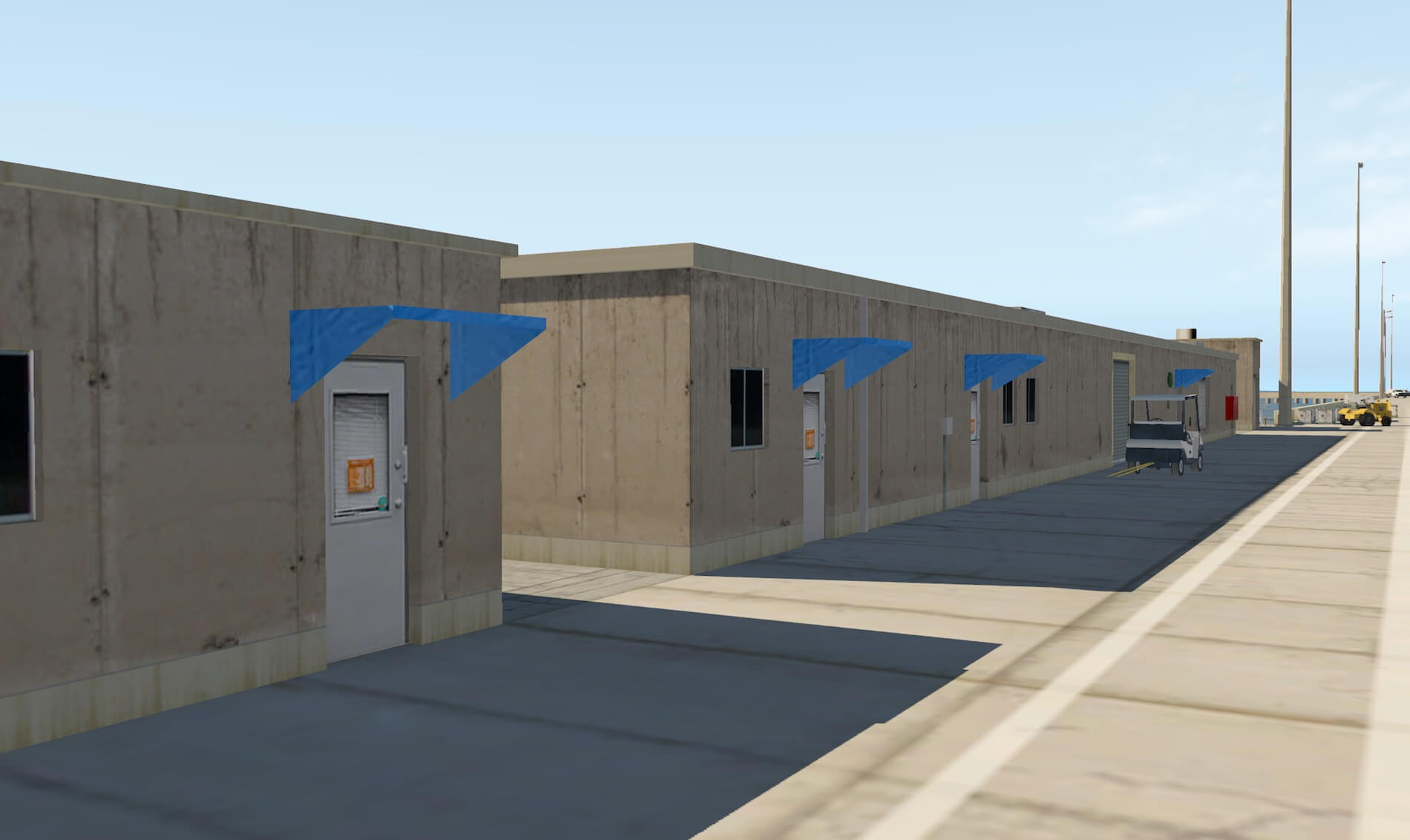 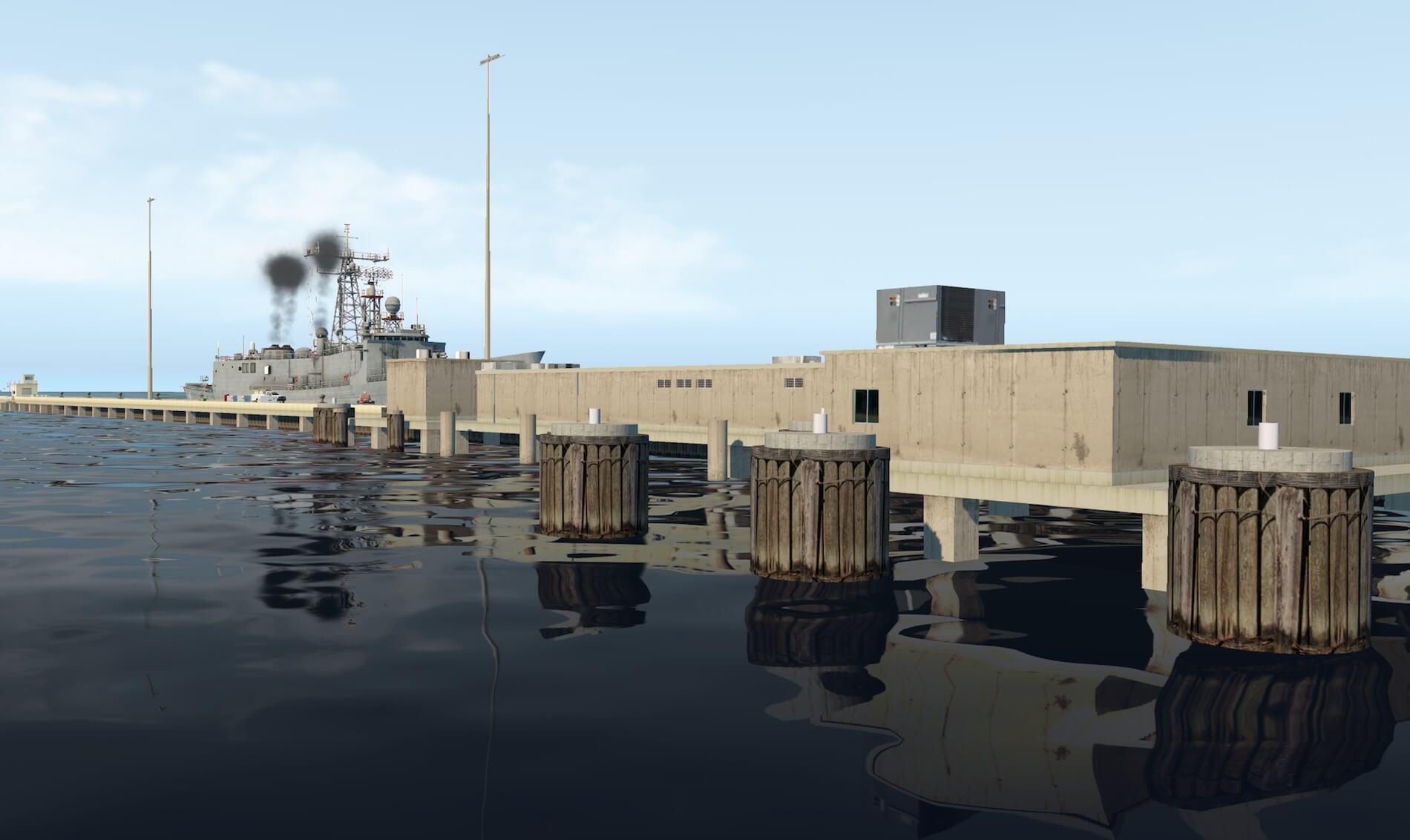 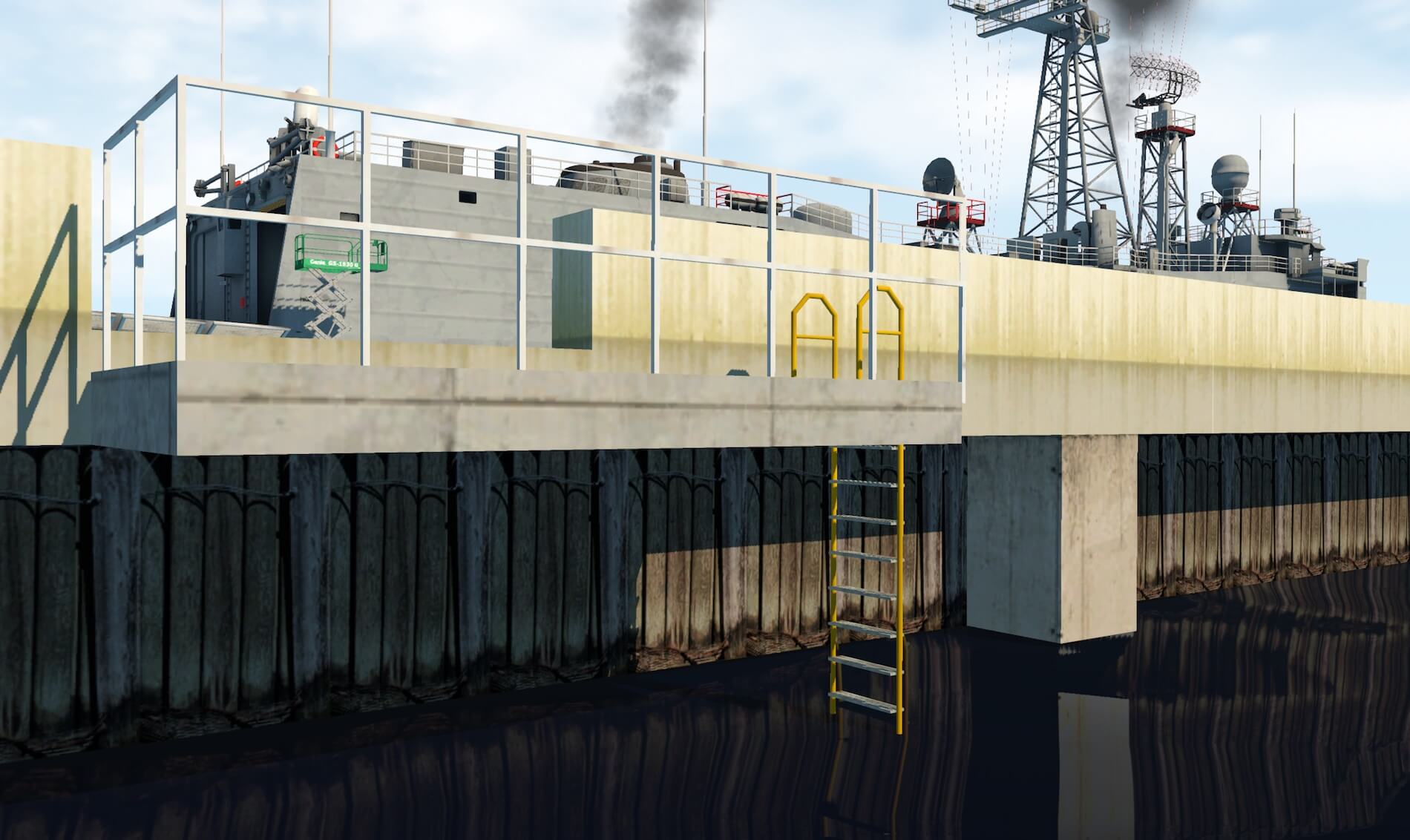 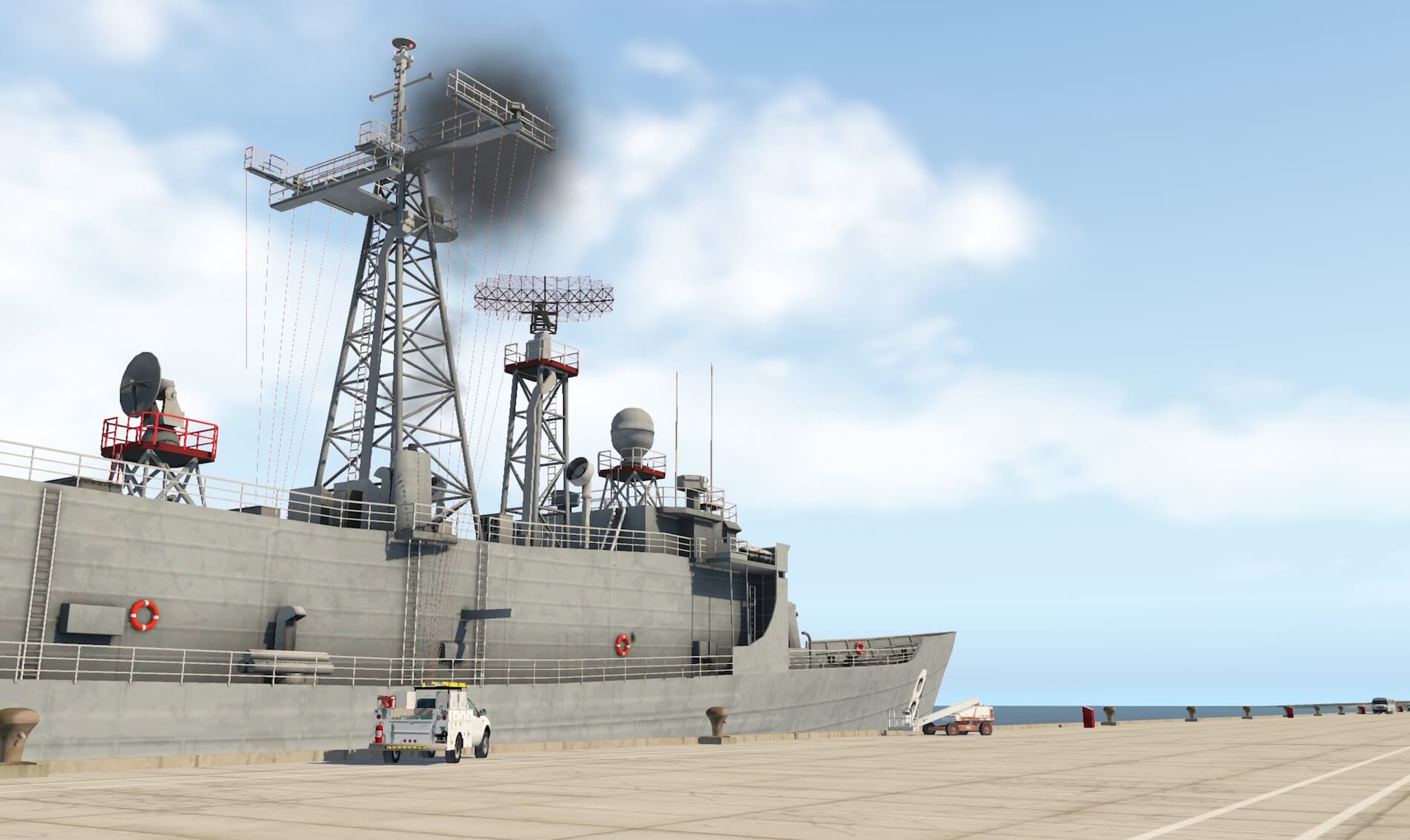 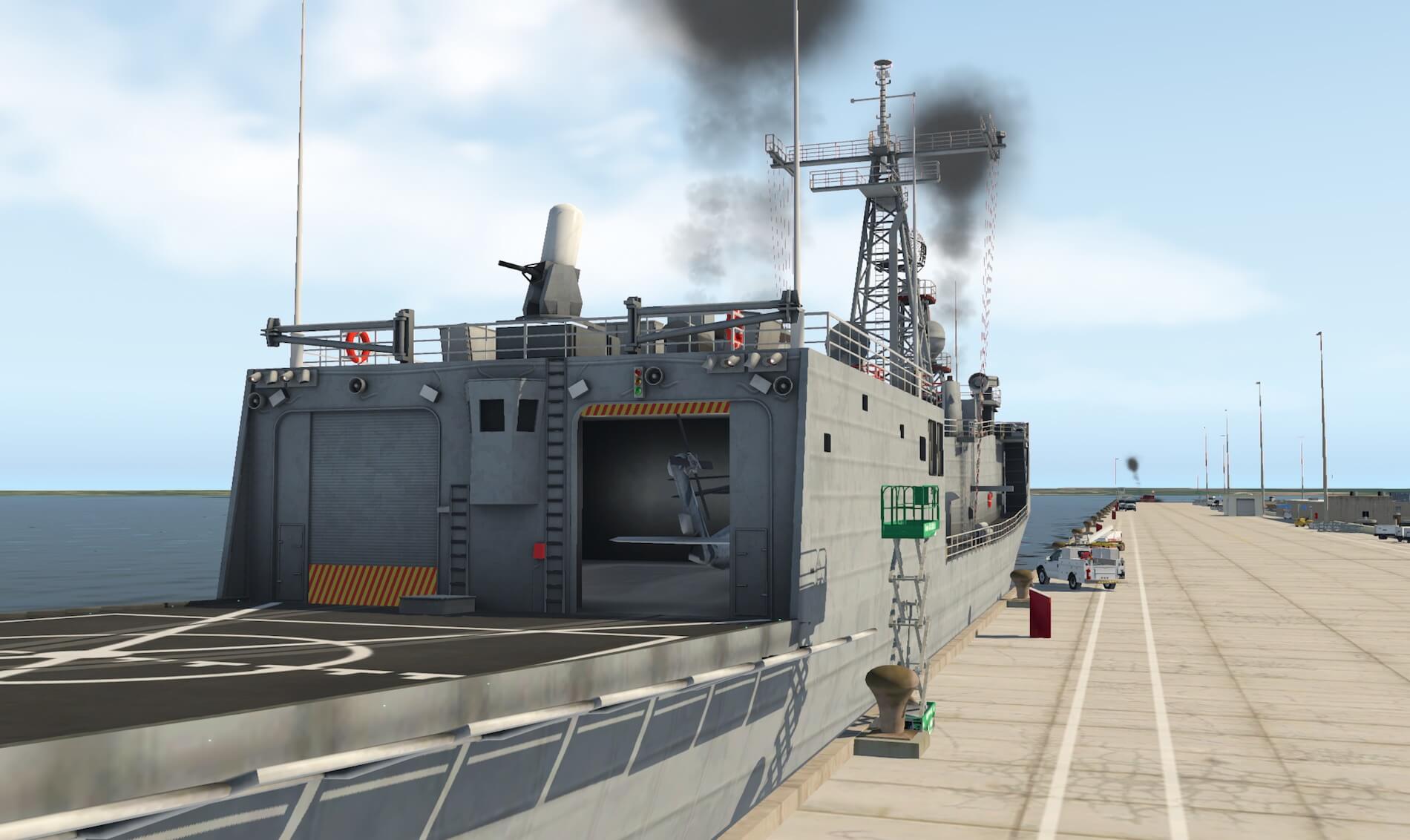 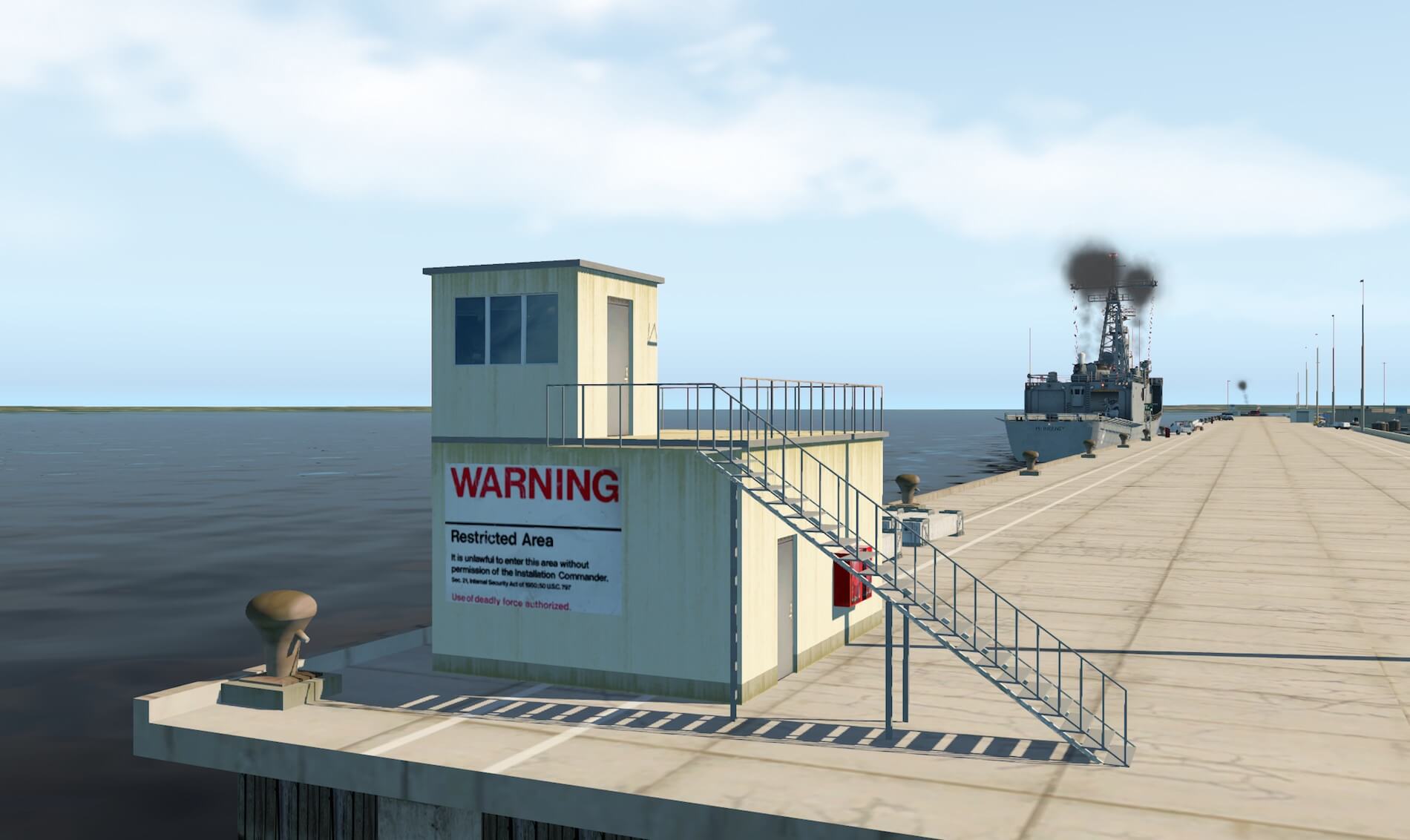 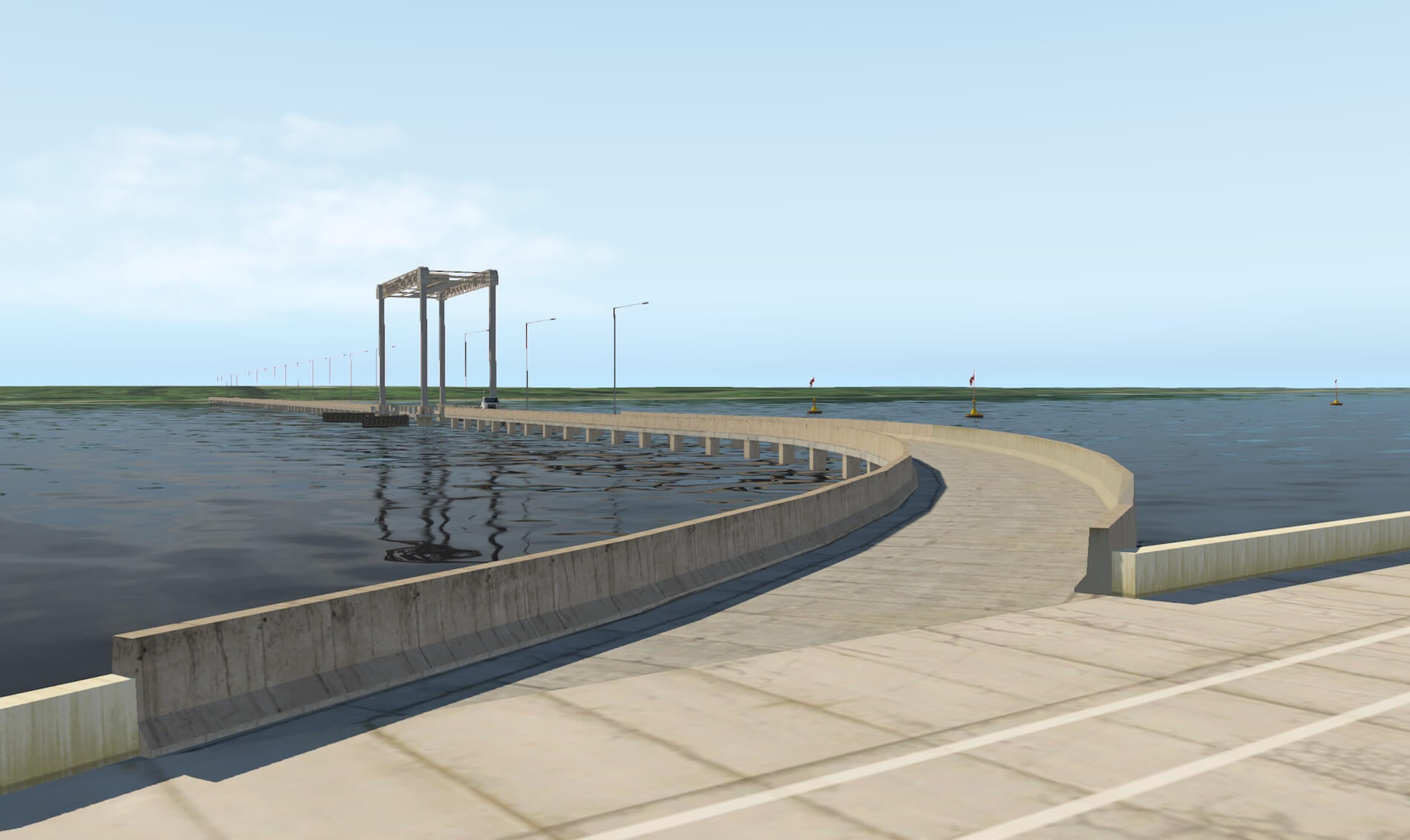 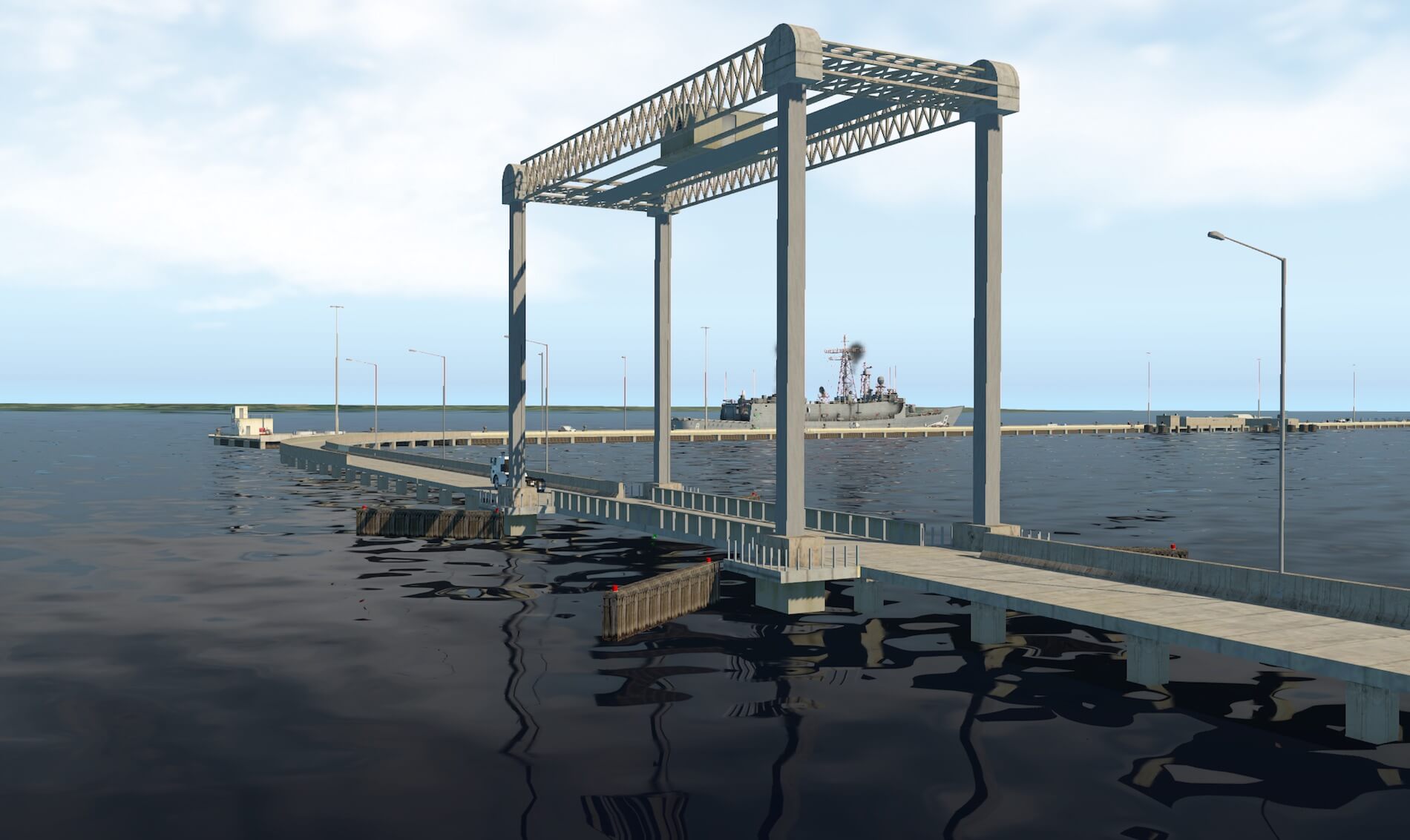 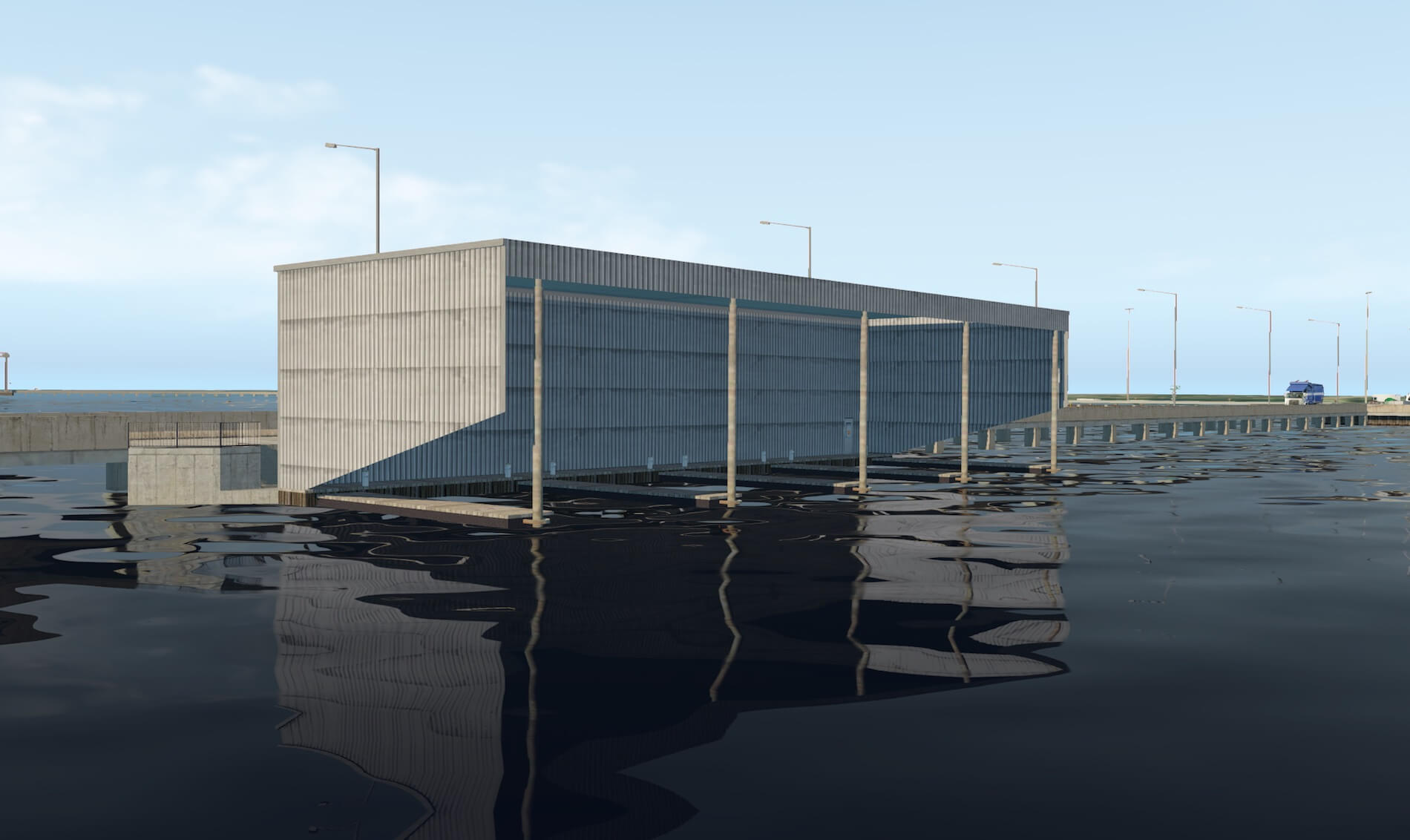