Update of PPLibrary v1.2.1 and More 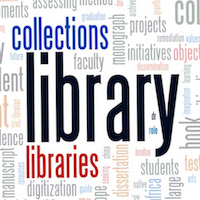 We’re at X-Plained.com are pleased to host By hdw aka Dieter his “PPlibrary” version 1.2.1. It’s another chance to offer something to the airport developers, just in case they decide to add this library in their airport(s). Additionally, we’ve also updated the following libraries:
– MisterX6 Library to version 1.51
– The Handy Objects to version 6.1

Besides that this is a relatively new library, it offers a lot of high quality ground signs found at every airport. According to Dieter “I created a collection of common pavement paintings as (draped) polygons. I call it PPlibrary. I know there are already paintings within OpenscenryX. Here you have especially preconfigured runway markings, i.e. you don’t need to puzzle your runway numbers together.”

He continues “Runway directions are with and without leading ‘0’s (e.g. 09L-27R vs. 9L-27R, the latter with leading ‘x’ in their name). You also have the choice between clean and dirty paintings (among others).”