Freddy De Pues from NAPS (North Atlantic and Pacific Sceneries) offers you a first impression on WED (World Editor) 1.6. Any more words needed? No …. in that case lets go!

“WED 1.6 is in public beta; you can try it and experiment with new X-Plane 11 features, but you cannot yet upload to the X-Plane Scenery gateway; we will open the gateway for X-Plane 11-compatible uploads once we have done more testing on WED itself.”

Yet, one can experiment the new features, including what I would call “dynamic static aircraft” since they will be serviced, will taxi, take off and land. In addition you can assign them the ICAO code of their airline, type and size. You can select them with the ramp start tool.

Two new tools have been added for creating “ground vehicles traffic”, one is the departure tool, the other, the destination tool for push back, trains of luggage, catering, … The traffic pattern is implemented with the ATC tool, you just need to select “ground” instead of “aircraft”.

The WorldEditor manual doesn’t give you enough tutorial material. You will have to experiment a bit and go through some aggravation at times.

Also, don’t expect the traffic to work perfectly, it’s still in beta. Vehicles will act out, bump into each other and cross buildings. Dynamic static aircraft is only available to two dozens of aircraft and airlines.

First, if you get off the package using the scroll arrows in MAP mode, right click, hold and drag.

Second, make sure you select the appropriate version for publishing. 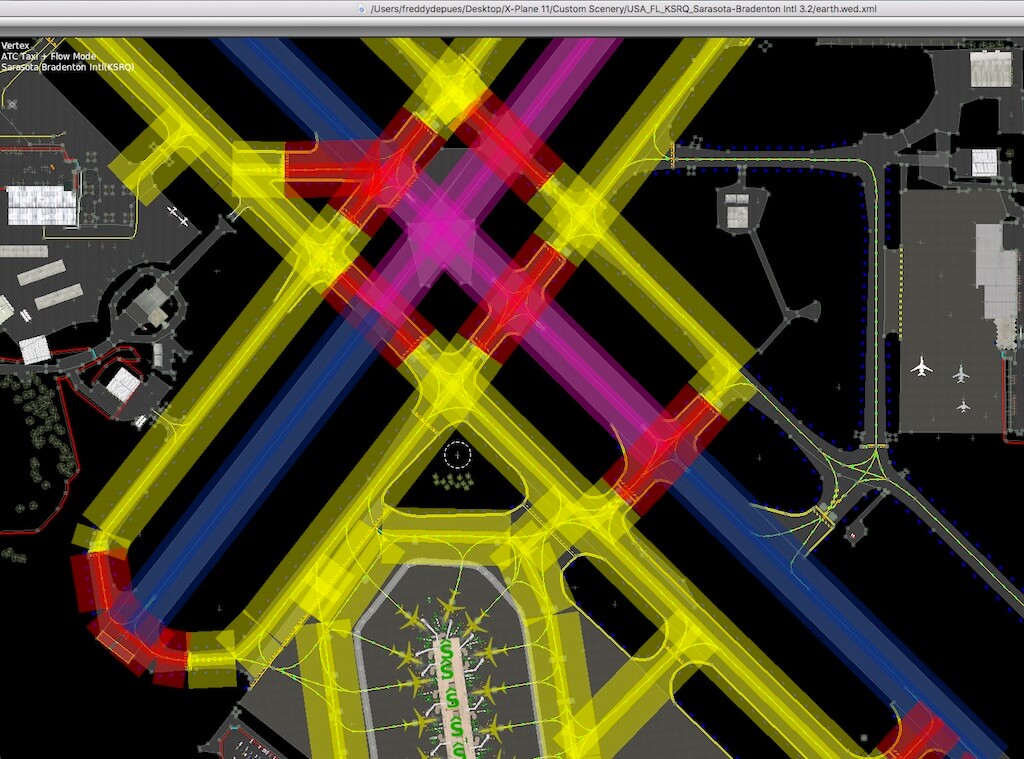 You get ground vehicles traffic represented in white in my example. They use the ATC tools, but instead of “aircraft”, select “ground”. The “S” represents the departing point. You will need a “ground taxi route”, departing areas and parking areas.

Static aircraft is no longer needed, these aircraft are generated in “ramp starts”. You may select a specific type and airline. Available airlines are to be found in Resources –> Default Scenery –> Sim Objects –> Library text. 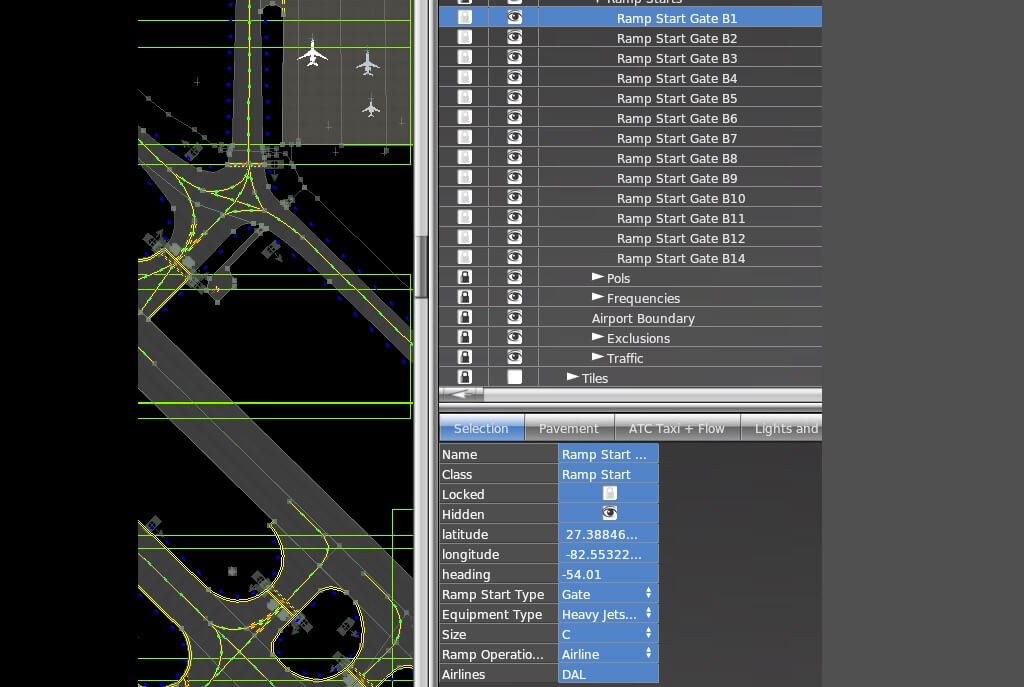 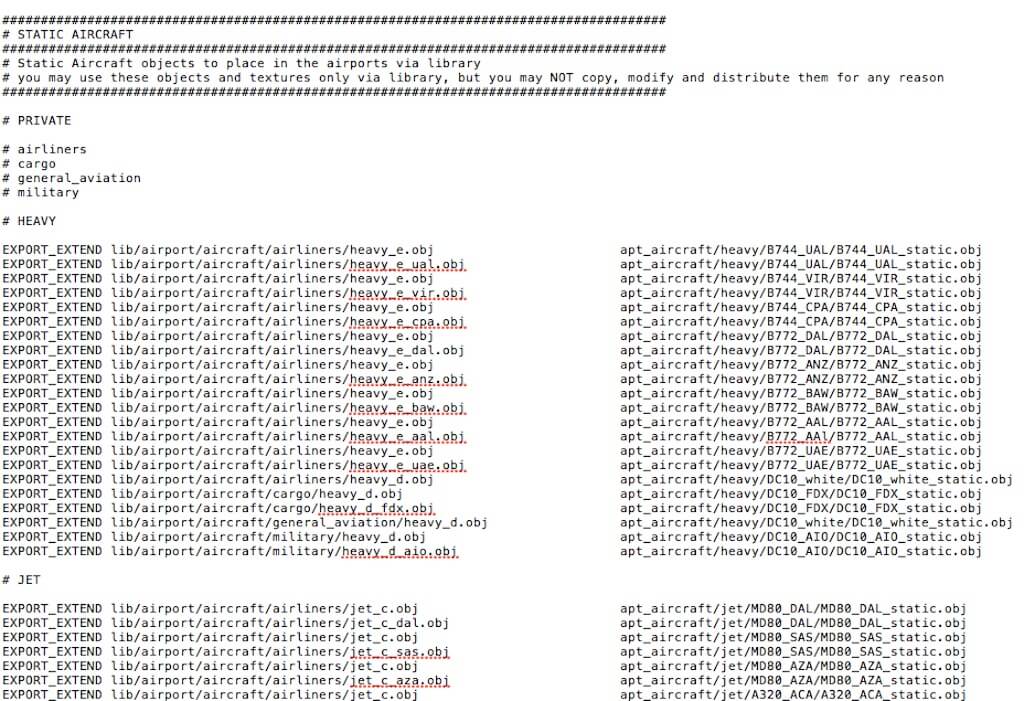 So, you still get traffic originated by AI aircraft, the end user’s choice in the sim’s interface + traffic generated by the airport’s developper! These two types of aircraft traffic act similarly (Yes, the developer’s induced “static” aircraft flies!), but incoming traffic has a tendency not to respect alignment to the ramp. 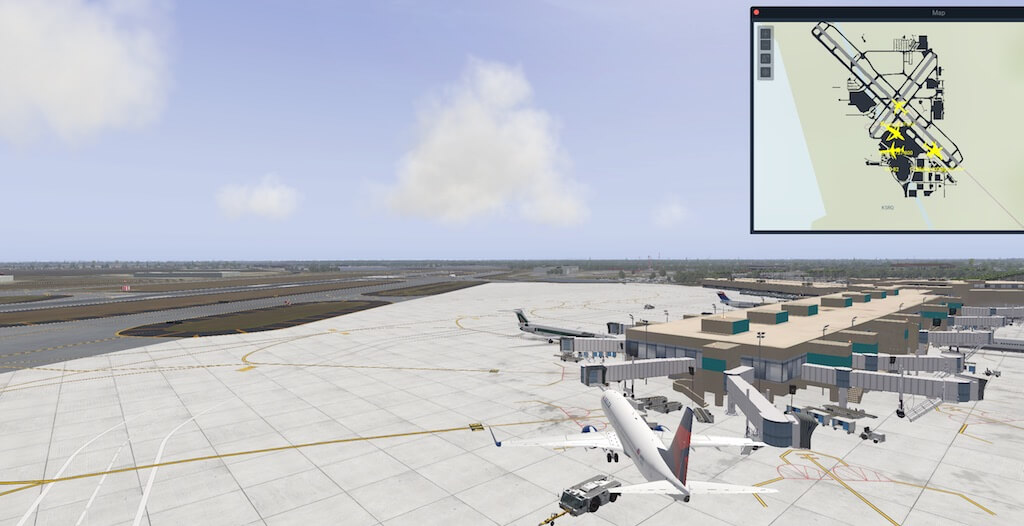 In this beta version, you may expect some bugs in airlines. This is Alitalia @ Sarasota, Florida in a Delta (DLA) designated ramp. Use 3 letters Airlines ICAO codes, check for availability in the library.text above.

Also, I had to enlarge my ramp roads in order to accommodate ground vehicles traffic. They follow the routes and lanes like in reality.
Well, this is it, so far.

Feel free to contact me if you’ve got additional questions related to Fred’s explanation. You can reach me via email  Angelique@X-Plained.com.