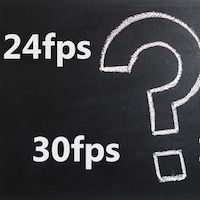 One of our members, Robin, did some testing with X-Plane 11.30r3, but noticed a huge frame rate drop versus his previousX-Plane 11.26r2. Since I wasn’t really using 11.30 yet – still not officially released – I decided for Robin to have a look myself and seeing if I do get a frame rate drop too when one of my X-Plane versions was updated to 11.30r3.

But that’s me and Robin has worse results with his computer, and using X-Plane 11.30r3. And yes, his X-Plane configuration could be different then your and mine, but even Robin has both X-Plane versions installed on his desktop and set them to the same level of detail and installed the same packages and so on. So actually, he has two X-Plane versions set the same, but 11.26r2 versus 11.30r3. And yes, his computer is less powerful than mine, but that’s not even important. This comparison between 11.26r2 and 112.30r3 says already enough.

Good, what’s then the question ….
What is your experience with the frame rates with X-Plane 11.30r3 and even better, did you notice a FPS (Frames Per Second) drop or increase?

Comments are welcome. Looking forward to seeing your comments and suggestions.