UPDATE | Worth a Look “AustraliaPro 2.0” 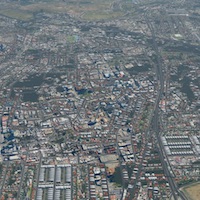 According to Chris “This is a re-do of _Cole’s excellent AustraliaPro 1.1 with a series of key improvements. His original file is still available via this link.

About what are we talking?
Are you tired of Flying around parts of Australia; and having it look nothing like Australia? You say “Ok… You got me… what does this file do?”

This is a quick-and-dirty hack to pop in some Australian-style houses, airport objects, forests, and urban textures into the Australian continent only. This is accomplished by using the X-Plane “REGION” System, to only swap out those textures textures within Australia Only. It also replaces some of the rolling “green” fields with “brown” fields in summertime; based on the date according to X-Plane’s configuration.

It works with X-Plane 10, X-Plane 11, Standard Terrain, HDMeshv3, UHDMeshv1 and so on. It does not affect any other location on the Globe, nor does it interfere with other urban-terrain replacement packages available in other areas.

Curious and want to download it? Then check out this dedicated X-Plane.Org forum link.