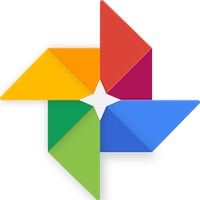 Google+ gone with the wind … Google Photos waiting around the corner

While Google decided a while ago that it was time to remove and delete all Google+ accounts, it was for us and many others a challenge to find a new platform to add additional screenshots of our/your aircraft, sceneries, utilities and so on.

The only problem … what or which platform was suitable and fulfils our needs. Although we’re still not convinced that Google Photos is the right platform we’re looking for, it could be a start. Oh yes, we do also use Dropbox but Dropbox has no possibility to show screenshots or photos. We can store them there, but nothing more than that.

We also tried Pinterest, Flickr and many others, but not all fulfil our ideas or wishes. That said, we go for Google Photos and every time we have a new set of interesting screenshots, we add a link below. Any ideas? Please let us know via the contact form.

Today, July 21st 2019, we start with a screenshot session of the Carenado Beechcraft Baron 58 for X-Plane 11: