Your X-Plained .Com team I 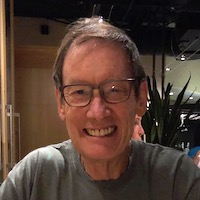 It’s not easy since Bruce lives in Boulder, Colorado US, while Andy Clarke lives in the UK, Angelique in the Netherlands and Marc Leydecker for example in Virginia, Gloucester US. Anyway, we from X-Plained.Com think that this is “a” possibility to know the writers, the owner, the SketchUp modeller and developer a bit better with these articles.

I was born and raised in Greymouth, New Zealand, on the rugged West Coast of the South Island. As a child and teenager, I would watch small General Aviation (GA) aircraft on approach to land and wonder how they escaped the effects of gravity. On occasion we would travel on vacation to Christchurch, a larger city, and I would always want to visit the airport (NZCH) where “really big” aircraft could be found- B737-200, DC-8 and B707 to name a few. I would spend hours watching aircraft. I later moved to Christchurch for higher education and I was still fascinated with airport visits. The Qantas B707’s became B747-200’s and the Air New Zealand DC-8’s became DC-10’s. My first flight on an airliner was on a Fokker F27 Friendship.

My professional life took me to Australia (close to Melbourne) for 13 years, and I moved to the USA in 1992. I knew by this time that I had a passion for aviation, as hanging out at airports or watching aircraft flying overhead was an extremely gratifying experience. I lived in the San Francisco Bay Area for several years, and it was there that I actually commenced pilot training out of the San Carlos (KSQL) and Palo Alto (KPAO) airports- both had a control tower which enabled me to learn how to talk to ATC. These airports are beneath the San Francisco (KSFO) Class Bravo floor, so I learned very quickly the importance of maintaining a correct altitude. I soloed successfully while flying out of KSQL.

After a hiatus from flying, and eventually moving to Boulder, Colorado, I resumed private pilot training at an uncontrolled airport (Longmont, KLMO). I quickly re-soloed and learned the techniques of flying in uncontrolled airspace, where I was both pilot and air traffic controller. The ink on the pilot’s license was barely dry and I decided I wanted to get an instrument rating (IR). This time I rented a C172S from a flight club flying out of Jeffco airport (KBJC, now Denver Metro).

This had a control tower so I could do instrument handoffs from Denver Approach, and the club had an on-duty dispatcher to help with trip planning and fuel- the mark of a very professional operation. It took me another 30 hours and I passed the IR check ride (given to me by a Continental B777 captain). I now have over 200 hours total time in the trusty C152 and C172, during which time I have enjoyed flying in VMC and IMC conditions “in the system” on a filed IFR flight plan. I have at times acted as a safety pilot (a pilot that looks for traffic and terrain while the other crew member has a view limiting device that only lets them see the flight instruments).

I started flight simulation in 1994, on FS5.1. This was after I had first soloed and I instantly became hooked on simming by the (then) fidelity of the FS5.1 flight model. I also spent countless hours on the SubLogic ATP sim, which was years before it’s time. I followed the entire MSFS product line through FSX, and then P3D, and built my own PC’s around the sim requirements- including water cooling of the CPU. My wife, Sharon, had become an Apple / Mac user and one day surprised me with a new MacBook Pro.

Knowing that X-Plane was the only sim that plays with a Mac, I migrated to XP10- but still keeping my PC in case I wanted to return to P3D. As we all know, X-Plane takes a bit of getting used to, but like most here I became an “addict”. I have upgraded Macs several times. I find that XP11 (11.40 as this is written) provides fidelity to real flight in a way not previously seen, and I enjoy mostly what desktop simulation really excels at- instrument flight and procedural practice. I “fly” every day, even to just shoot an approach if I’m otherwise busy. What I like best about simulation is the enthusiastic and passionate community here and the ability to fly anything anywhere.

The most unique aviation experience I have had was in 1999, when I got to accompany four Royal Nepal Airlines pilots into the United Airlines simulator farm in Denver (currently among the world’s largest). The facility was leased to small airlines and the US Air Force which had small fleets of an aircraft type that didn’t warrant their own simulator. We practiced recovery from a 135-degree roll as a result of wake turbulence in a full motion B757/767 full motion simulator – Boeing had just issued an advisory related to this. It was so real, although I know we weren’t actually rolling 135 degrees. To create wake turbulence, we intercepted our own wake after a 360-degree turn, we even felt the turbulence!
My most meaningful aviation experience was being able to take Sharon flying after attaining my pilot’s license. Up until then I had been undertaking solo flight and could not take any passengers. Probably the most rewarding is seeing the passion for aviation in the eyes of my daughters and grandchildren. The passion is strong with them.

I am retired in Boulder, Colorado, along with Sharon and two cats. I have always enjoyed writing but never had the time while working, so I find writing for X-Plained to be a great combination with my passion for aviation and flight simulation. We live on a departure route from Denver (KDEN), so I look skywards a lot! If anyone wants to see where I live, depart KBJC on 30R, fly runway heading and climb to 6,000 feet. Just before you have to climb to avoid the foothills to the Rocky Mountains, at 6 miles DME from the BJC VOR (115.4), you will right over Boulder.