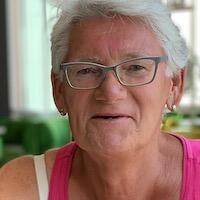 It’s not easy since Bruce lives in Boulder, Colorado US, while Andy Clarke lives in the UK, Angelique in The Netherlands and Marc Leydecker for example in Virginia, Gloucester US. Anyway, we from X-Plained.Com think that this is “a” possibility to know the writers, the owner, the SketchUp modeller and developer a bit better with these articles.

It’s now my pleasure to introduce myself to you. Bruce was the first in the row to introduce himself as being a member of the X-Plained.Com staff. And now it’s up to me, your personal reporter Angelique van Campen.

It’s already a couple of years back that I started X-Plained.Com. The name and the logo are created with the help of Marc Leydecker, also known as Belga12345  who has become a good and trusty friend. With the creation of X-Plained.Com I wanted to follow a different path than I did before with Aerosoft Sim News. Although X-Plained does offer some news, I’m not every day busy with seeking for news. That’s over since many other X-Plane websites do it too and it cost a lot of time and you’ll see, you miss always something. So, these days all kind of developers send me their news and we publish it on request. X-Plained is therefore not a news site, but instead I which has become we, offer on a regular based in-depth reviews of software, hardware and utility programs/products. We launched X-Planed.Com somewhere in the Summer of 2016 and this means that somewhere in June 2021 we’re already for 5 years out there and with success.

But let me tell you a bit more about myself.
Born on June 20th 1960, Amsterdam in The Netherlands. As of this writing I’ve passed the 60, but still full with ideas, and a lot of passion for everything that deals with X-Plane. I started many years ago my real career in the aviation in The Netherlands. First I followed a technical school for aviation mechanics. After I finished the theoretical training, I started with Martinair Holland  as being a mechanical apprentice. After a year or so I became a licensed ground engineer with for the Douglas DC-9 Models, McDonnell Douglas MD80 Series, the Fokker F28 Series and the Airbus A310-200. It was a special period of my life. I’ve been a lot abroad in case the aircraft had problems, I’ve learned a lot from others, but after 10 years I found it enough and needed a new challenge.

That new challenge was instructing technical people so I became a technical instructor with KLM Engineering and Maintenance. I started instructing the Airbus A310-200 for KLM employees and not only instructed them how to handle these aircraft, but also how to troubleshoot. During these years I’d seen a lot, met a lot of different people and did some Level-D FFS training related to initial A310-200 trainings. But after many years with KLM, it was time for another challenge; becoming a technical trainer for Lufthansa technical Training. It all started with the Airbus A310 Series, then the A306 or Airbus A300-600, then the A340/A330 and although I did some training for myself on the A320 Family, I never instructed the smallest members. While working as freelancer for Lufthansa Technical Training I had sometimes  weeks off and during one of these free periods I decided to buy a Martinair Holland ticket with a validation period of 28 days, rented a house near KEVB (New Smyrna Beach Airport) and promised myself to get a FAA PPL license within this time frame. And yes, I was after 23 days the proud owner of a FAA PPL license and I even had some days off. Anyway, back in The Netherlands I could only fly with “N” registered aircraft, but besides that, it was much more expensive than flying in the United States. So, of this writing, my FAA PPL is frozen and not valid unless I go to the States and try to activate it again. I’ll see what happens after the COVID-19 period.

Ok, back to my training time with Lufthansa. Every adventure ends somehow and somewhere. After these training periods I worked for a while for a laboratory company and started, while still owning a Windows computer, with Aerosoft Sim News and Aerosoft Sim News for X-Plane. And from ASN I moved over to my own site, X-Plained.Com.